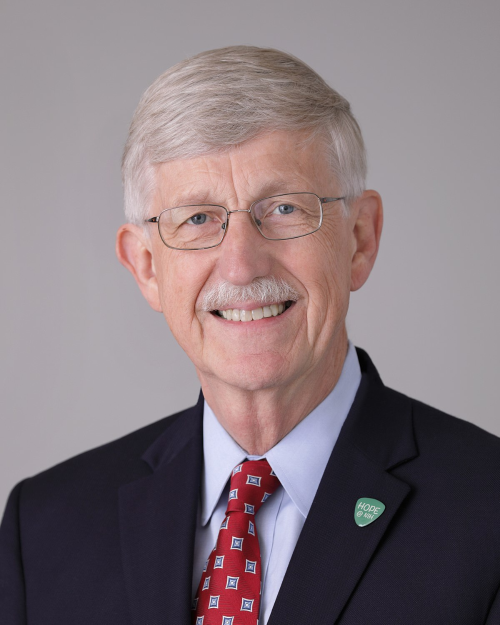 Genes, Medicine, and Your Future

As head of the National Human Genome Research Institute's inquiry into the genetic basis of diseases such as breast cancer, cystic fibrosis, Alzheimer's diseasse and diabetes, Francis S. Collins, M.D., Ph.D., has distinguished himself as a world-class scientific researcher, a savvy political activist, a federal program chief, and a committed Christian. Well aware of the unsettling implications of our rapidly increasing knowledge into the cause and predicitability of inherited disease, Dr. Collins offers respected insight into the future of medicine. He also confronts the dilemmas presented by our increasing ability to know more that we may want to know or be ready to know about our own susceptibility, or that of our children and our grandchildren, to debilitating or life-threatening disease. 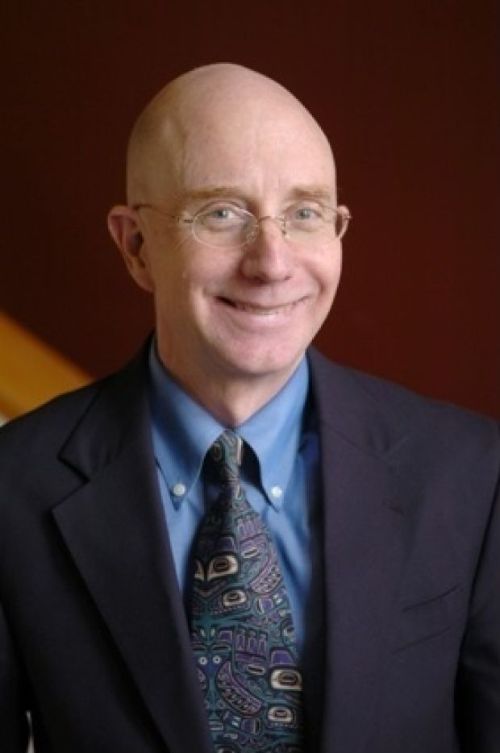 The Church and the Challenge of Contemporary American Culture

As one of the finest religion writers in the U.S., Gustav Niebuhr presents a unique perspective on the future of organized Christianity in America. Niebuhr explores the ways Christian churches are preparing for the third millennium in a time of growing religious pluralism, increasing influence of secular ideologies, and the rising importance of Christianity in the developing world. As the bonds between the American people and established institutions are weakening, Niebuhr reflects on how American churches are countering with an organizational structure that appeals to people of faith. Niebuhr previously covered religion for the Washington Post, The Wall Street Journal, and the Atlanta Journal/Constitution. He has been the New York Times' national correspondent for religion since 1994. 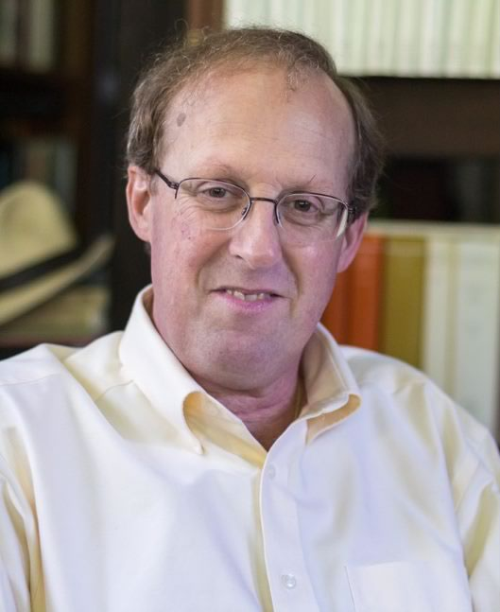 Of Duchesses and Sin Eaters: The Pattern of Story

Our individual life stories reveal underlying patterns that Gary Schmidt believes to be universal and transpersonal, binding us together as human beings trying to make sense of the ups and downs of life. In much of his writing, Schmidt has wrestled with this movement from weal to woe and from woe to weal. Both in books for children and in book of academic interest, Schmidt finds new ways to talk about this same pattern that marks all our lives. Exploring this theme in his recent novel, The Sin Eater, he offers insight and solace to young readers who wish to learn more about themselves and about the world through the power of story. Schmidt is Professor of English at Calvin College. His writing includes fiction, biography and literary studies. 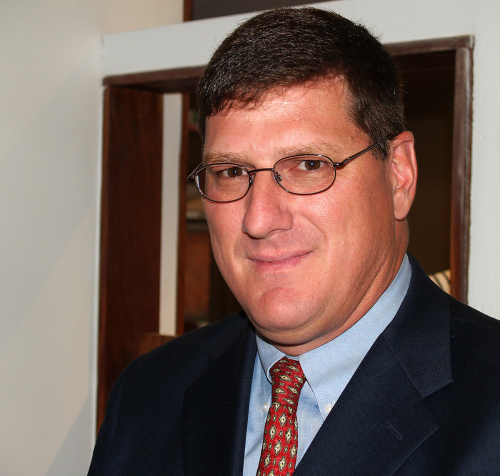 Inside the Terror: The Truth About Iraq

Former chief weapons inspector for the United Nations Special Commission in Iraq, Scott Ritter presents an insider's account of what is really happening in Iraq today and why it is important to America. Labeled a hero by some, a maverick by others, and a spy by the Iraqi government, Scott Ritter speaks with chilling authority about Iraq's capability to deliver deadly chemical and biological weapons within the next six months and nuclear weapons within the next three years. A man willing to stand up to his government for the sake of his own integrity as well as global security, Ritter offers a uniquely informed and candid account of what the U.S. and the world community should be doing to secure peace in the Persian Gulf region. 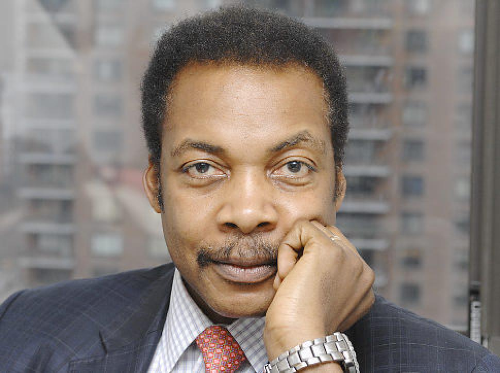 Color-Blind: Seeing Beyond Race in a Race Obsessed World

A few decades ago, there was a growing consensus in our nation that pointed toward an improvement in racial relations. Today, dissension over the viability of affirmative action seems sharper than ever and Americans are increasingly asking themselves, "Where do we go from here?" Is it realistic to envision an America where race and extreme disadvantage do not go hand in hand? If colorblindness is an impossible dream, what of color neutrality? If so, how do we get there? Ellis Cose, contributing editor of Newsweek and author of Color-Blind: Seeing Beyond Race in a Race-Obsessed World, shares his new, yet already respected, perspective on the hope for the proper future role of race in America. 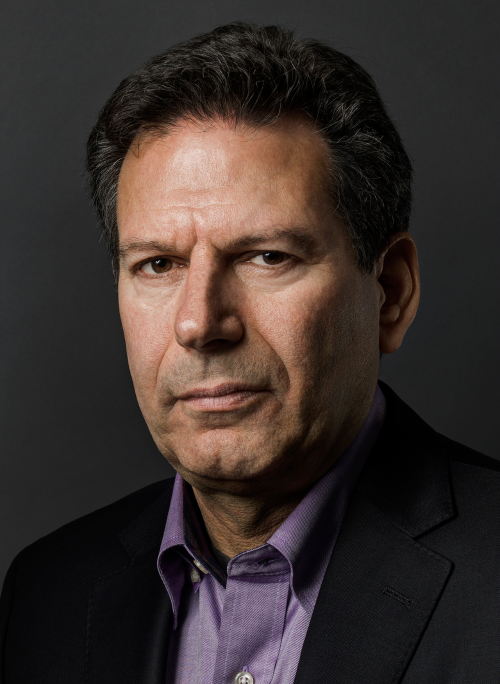 The United States is Born to Die

Robert D. Kaplan views the United States as having no parallel in history. It will not be conquered or collapse like ancient civilizations but work itself out of history by becoming the world's first international nation. It will become an economic junction point for the world's most talented people, who, while residing here, will retain blood-and-soil links with their homelands. Already, every time there is an upheaval in a third-world country, some of the most talented and well-off of that country's citizens immigrate here. Through that immigration, American nationhood will be increasingly diluted but the temperate zone of North America will dominate the world's economy. Kaplan writes for The New Republic and is a contributing editor of The Atlantic Monthly. He is the author of numerous books, many of which have won awards and have been excerpted in various journals. 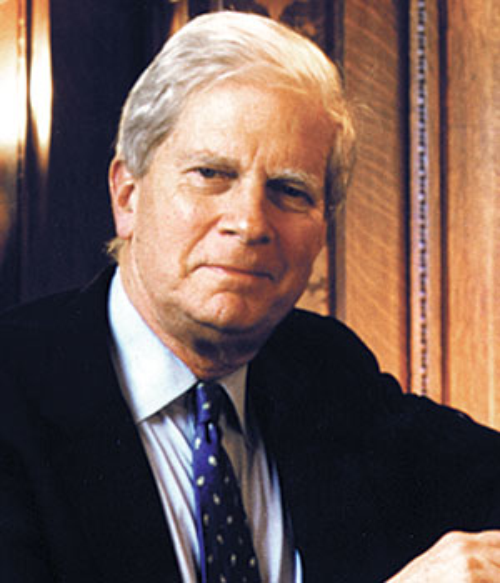 The Face of Russia

As one of the world's greatest and most respected scholars on Russia, James Billington accompanied President and Mrs. Reagan to the Soviet Summit in Moscow in 1989. Author of The Face of Russia, the book and the PBS TV series, Dr. Billington will explore the history and promise of the Russian people through their art and cultural achievements, which, he says, will help offset the lasting damage wrought by the attempt to build the world's first state based on an atheistic ideology. He will examine the search for a new Russian identity, the looming struggle between authoritarian nationalism and democratic federalism, and the curious ways in which America is more involved than it realizes in the fate of Russia. Since 1987, James Billington has been The Librarian of Congress. 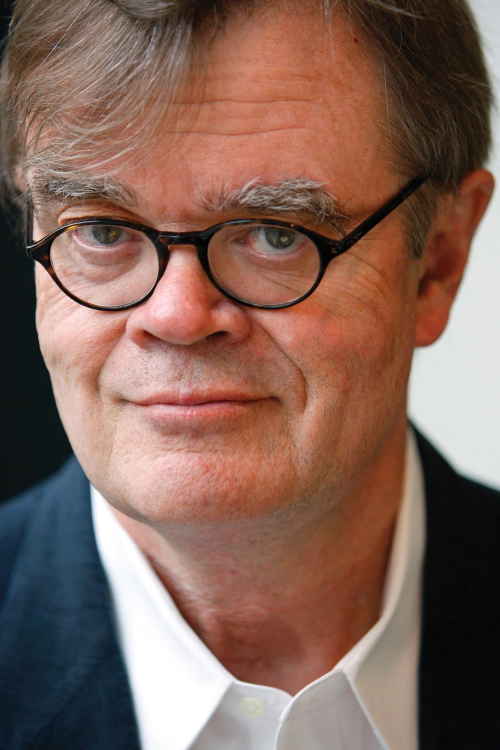 An Abecedary of Poetry

Garrison Keillor, America's favorite story-teller and yarn-spinner, and Roland Flint, professor of English and poet of international distinction, team up for an unforgettable hour of recitation of poems ranging in subject from A to Z. Though best known for his National Public Radio variety show, A Prairie Home Companion, Garrison Keillor is the author of ten books, including his latest, Wobegon Boy, the saga of John Tollefson, last seen leaving home in Keillor's 1985 Lake Wobegon Days. Roland Flint was named Poet Laureate of the state of Maryland in 1995. He has given poetry readings in countries around the globe, including Bulgaria, Italy, Singapore and Australia, and is published in the Atlantic Monthly, The Chicago Tribune, and The Washington Post. 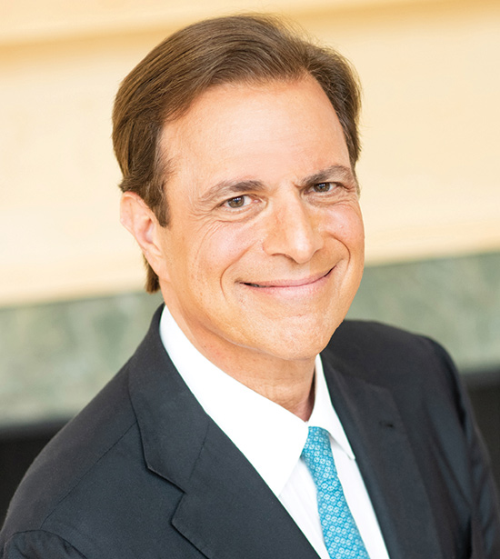 Presidents in Trouble: What Does History Tell Us?

Michael Beschloss, Washington's youngest and most celebrated political historian, provides historical perspective on what happened to American politics and society when Presidents Wilson, F.D. Roosevelt, Truman, Kennedy, Johnson, Carter and Reagan were in personal and political crisis. Beschloss shares his perspective on what impact President Clinton's personal and political problems will have on future generations of Americans. At age 42, Beschloss, defies the stereotype of an historian as a reclusive and elder academician, and has become, in a relatively short period of time, a rising star on Washington's political and social scenes. He is the author of the recent best-seller, Taking Charge:The Johnson White House Tapes 1963-1964. 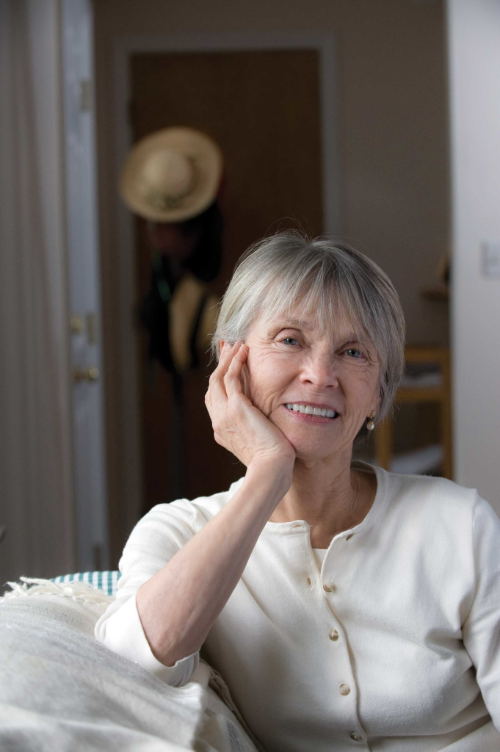 The increasing incidence of depression, suicide, crime and violence, drug and alcohol abuse and sexual promiscuity among the very young are all indicators of a growing crisis in American childhood, the absence of fathers. Barbara Dafoe Whitehead, author of the award winning book The Divorce Culture: Rethinking Our Commitments to Marriage and Family, considers how the presence or absence of fathers in the home can profoundly affect a child's life. The questions she poses are: Are fathers important? Are we seeing the death of fatherhood? How can we recover the idea of fatherhood in today's society in order to provide inspiration and hope for the next generation? 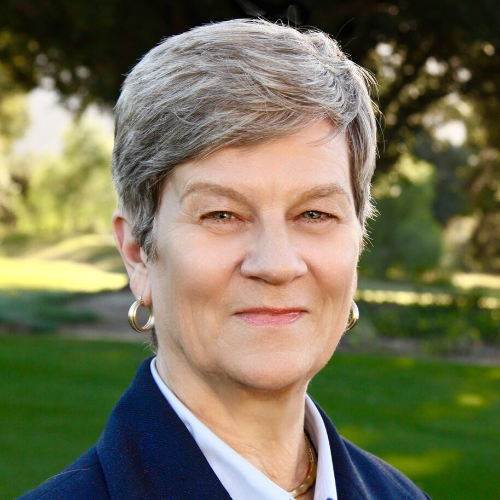 Spiral of Cynicism: The Press and the Public Good

During the 1996 general election, Kathleen Hall Jamieson served as commentator on the presidential debates for CBS News, on campaign advertising on The NewsHour with Jim Lehrer, and on the discourse of the campaign for National Public Radio's Weekend Edition and CNN's Inside Politics. She is professor of Communication and Dean of The Annenberg School for Communication at the University of Pennsylvania and is also director of the Annenberg Public Policy Center. Author of Dirty Politics: Deception, Distraction, and Democracy, Jamieson is heralded as one of the most perceptive critics of campaign communication because of her insights into past presidential campaigns, and because of her hope for the future of public discourse. 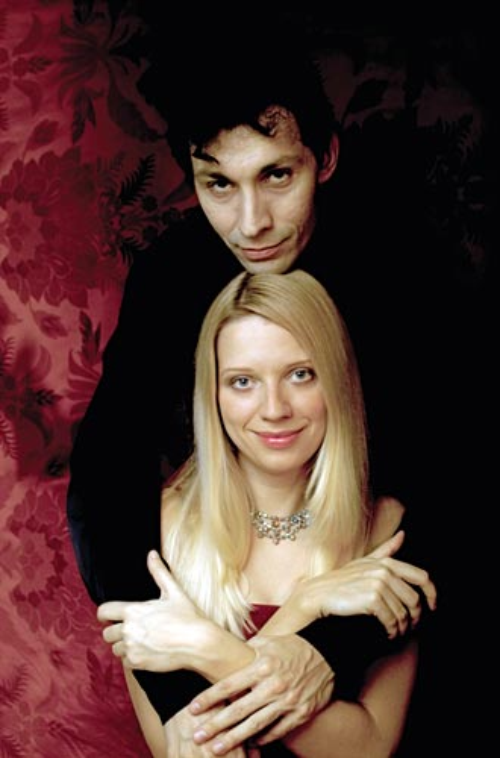 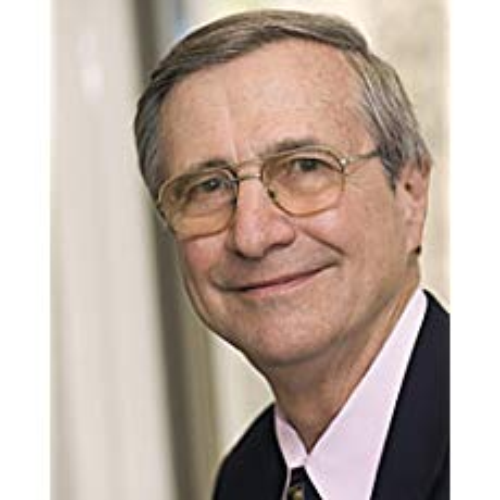 How to Win the Culture War

Peter Kreeft is Professor of Philosophy at Boston College and has taught at numerous other institutions including Villanova University, Fordham University, St. Peter's College, Haverford College, and St. Joseph's College. Dr. Kreeft is a well-known author and lecturer on topics related to philosophy, ethics, theology, and culture. 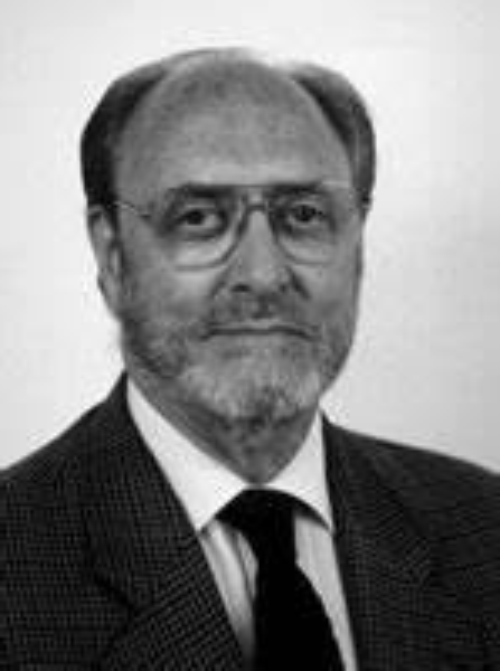 Tribalism, one of the oldest forms of social organization, continues today as a struggle for cultural and economic power, control, and domination in many parts of the world. Eighteenth- and nineteenth-century colonialism created a new tribal landscape, breaking up historical tribal patterns by dividing tribes and by forcing tribal enemies to live together within imposed, arbitrary national boundaries. For twenty years, Stuart Kingma, MD, working throughout the world with the World Health Organization to combat the spread of AIDS, has observed firsthand how increasingly important our understanding of tribalism is to the prevention of continued deadly conflict in areas of the world such as Eritrea and Ethiopia, Israel and Palestine, the Great Lakes Region of Africa, Cambodia, and Jammu and Kashmir, and thus to world health. 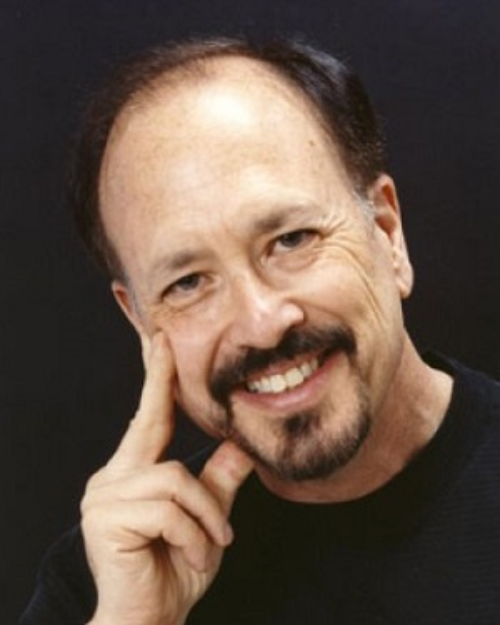 The Economist on the Playground: What My Ten-Year Daughter and I Taught Each Other About Economic Justice

Wednesday, January 27
Underwritten by: John and Mary Loeks and Mark and Carol Muller

Steven E. Landsburg, mathematician, free-market libertarian, and author of the witty and instructive best seller The Armchair Economist, helps to de-mystify such mysteries of economics as how should we feel about taxes that redistribute income? At a level a 10-year-old can understand, Landsburg addresses the question of why is fairness on the playground different than fairness in the marketplace? A prolific writer of academic papers and books, and guest columnist for popular magazines on mathematics, philosophy, and economics, Landsburg examines the philosophies that underlie the case for redistributive taxes and, at the same time, demonstrates his belief that parents, children and economists have a lot to learn from each other.