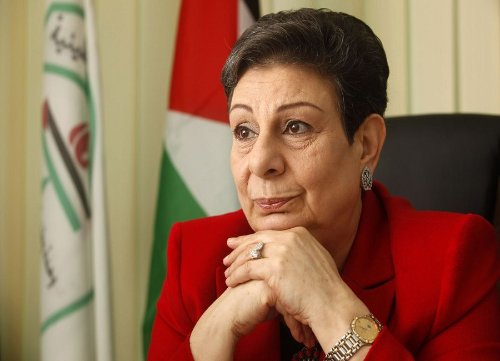 The Challenges of Peace

Hanan Ashrawi is a Palestinian legislator and human rights activist, who was inspired as a child by the nationalist contributions made by her father, Daoud. A religious Christian, Daoud, always believed that women are capable of playing an active role in politics. This belief was instilled in Hanan from a tender age, motivating her to join the 'General Union of Palestinian Students', in Lebanon, when she was just twenty. Passionate about the cause of Palestinian independence, Ashrawi led the 'Intifada Political Committee' till 1993, when her homeland finally gained its freedom. Since then she has been involved in the politics of Palestine, as a member of the 'Third Way Party'. 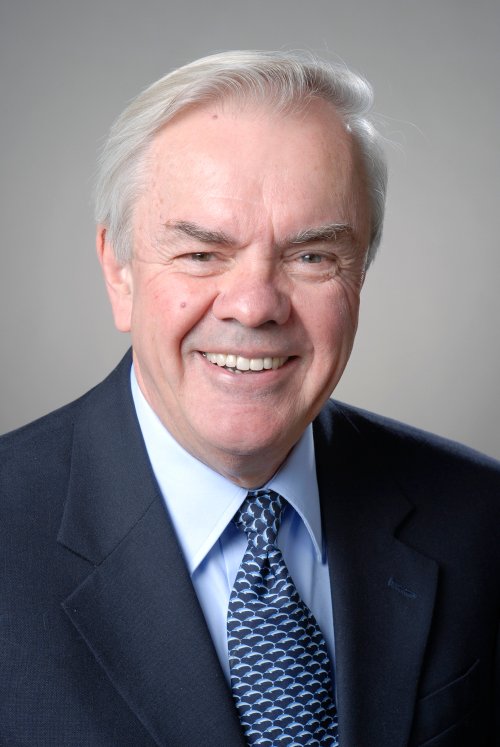 Praising Rembrandt but Despising His Paintings: Stewardship of God's Creation

Lifelong environmentalist and author of Earth-Wise: A Biblical Response to Environmental Issues, Calvin College graduate Calvin DeWitt offers a Christian perspective on living responsibly as stewards of God's creation. Professor of Environmental Studies at the University of Wisconsin at Madison and director of the Au Sable Institute of Environmental Studies in Mancelona, Michigan, Dr. DeWitt maintains that, as Christians, we are responsible for the consequences of our actions and the impact they have on our environment. He says as faithful stewards we must love and honor God's creation as we love and honor God as creator. Our call to action is to raise public awareness of environmental issues in our churches and communities and reflect that awareness in our own patterns of daily living. 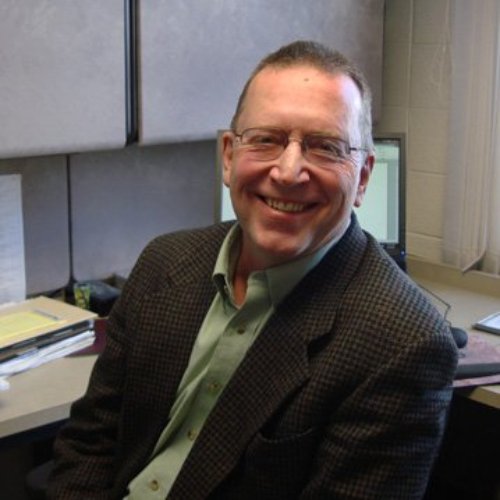 No Need to Earn Your Keep: The Gift and Challenge of Hospitality 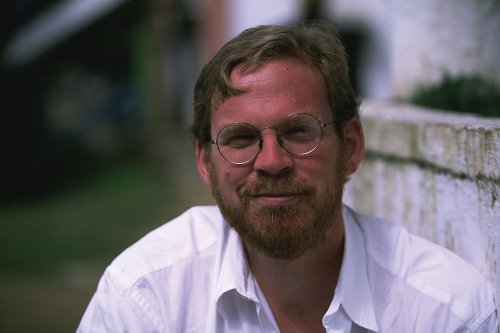 Michael Hawley is the Alex W. Dreyfoos Assistant Professor of Media Technology at the MIT Media Lab. There, he is leading a groundbreaking researach program called "Things That Think," which explores the limitless ways digital media will infuse everyday objects, including clothing, furniture, tools and toys. Dr. Hawley shares the fascinating results of his research, explaining that we are entering a pivotal era in which technology is poised to become a stape ingredient in commonplace items and turning them into things that think, such as digital shoes, electronic paper, active embroidery, smart furniture and more. As a recognized leader at the dawn of the new renaissance in technology, Dr. Hawley gives us a look at tomorrow's possibilities and speculates on how digital systems of the future will interface with human ingenuity and creativity. 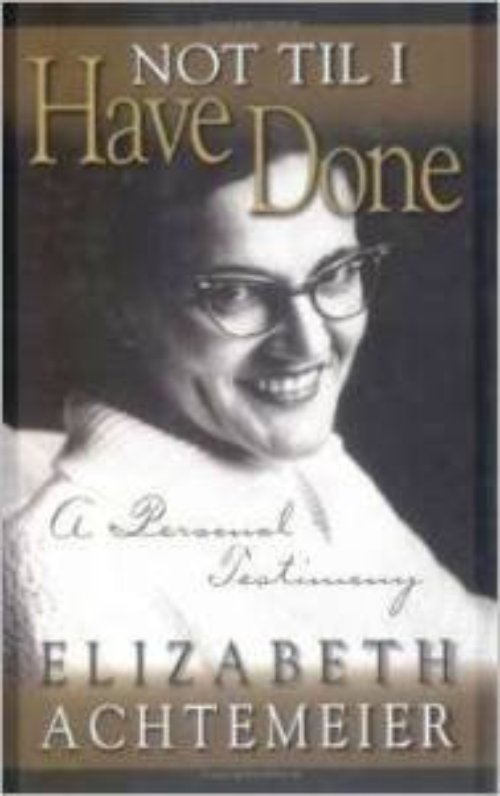 Well known throughout the United States and Canada as a preacher, lecturer, and writer, Elizabeth Achtemeier is an ordained minister of the Presbyterian Church (USA) and adjunct professor of Bible and Homiletics at Union Theological Seminary in Richmond, VA. Dr. Achtemeier is the author of 20 books, including her two most recent publications, The Old Testament Roots of Our Faith, co-authored with husband, Dr. Paul J. Achtemeier, and Not My Own: Abortion and the Marks of the Church, co-authored with Terry Schlossberg of Presbyterians Pro-Life. Dr. Achtemeier will explore our society's theological relativism and loss of biblical authority, the feminist rejection of the Scriptures and its result, and the response that the church should make to such problems. 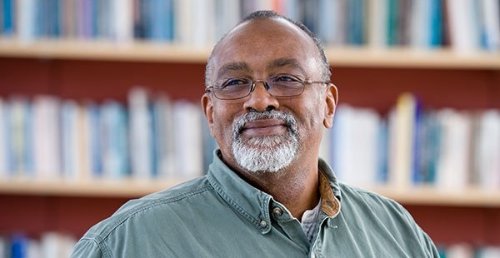 The Divided Society and the Democratic Idea

Glenn C. Loury, one of today's most provocative and sought-after voices on affirmative action, says black leaders should be guiding black people to their own salvation through self-help, rather than through state intervention. Unlike most conservatives against affirmative action, Dr. Loury does not oppose the preferential hiring of blacks because of reverse discrimination. He opposes it because he believes it's ultimately bad for blacks. Dr. Loury speaks from personal experience which includes early academic and professional success at MIT and Harvard followed by a battle with alcoholism and drug addiction. Now as a distinguished Boston University economist, author, and Christian, Dr. Loury has emerged from a self-imposed exile as a strong, articulate, and highly-respected advocate of making race in this country irrelevant by looking past race to our common humanity. 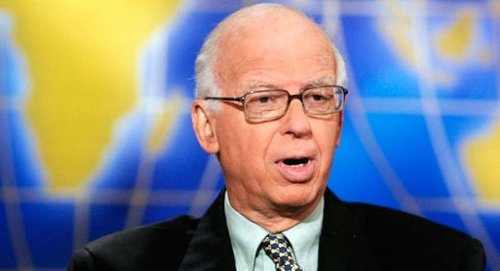 An End-of-the-Century Appraisal of our Politics and Government

David Broder is a national political correspondent reporting the political scene for The Washington Post. Editorial-page editors and members of Congress have rated him Washington’s most highly regarded columnist, leading 16 others in ratings for overall integrity, factual accuracy and insight. He is the author or co-author of seven books, the most recent being Democracy Derailed: Initiative Campaigns and the Power of Money. It is a wake-up call to an electorate that has been duped into believing that ballot measures represent the purest form of direct democracy. 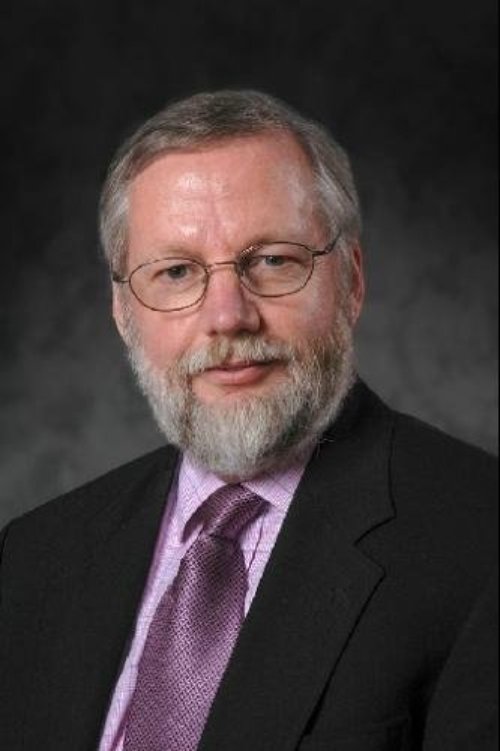 Take My Life, Please! The Morality of Physician-Assisted Suicide

Every day in the U.S., 7,000 people die when medical treatment is ended by choice. Thousands of other Americans have serious but non-fatal conditions that cause them to endure considerable pain and suffering. Whether or not they are dying, some plead, "Take my life, please!" In Michigan, where more than 40 individuals have asked Dr. Jack Kevorkian to help them die, public opinion polls show a majority support his efforts and the legalization of physician-assisted suicide. Hessel Bouma III, professor of Biology at Calvin College and recognized expert on Christian biomedical ethics, will explore such questions as: May we take our own lives? Should physicians aid us? What moral issues are at stake? What are our alternatives? 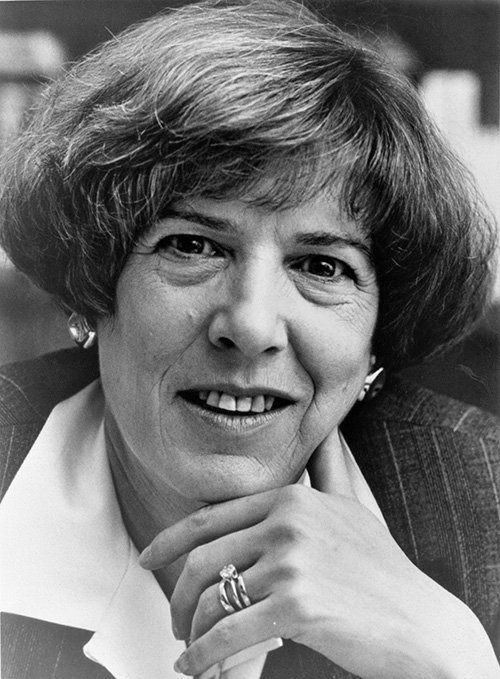 Feminism is Not the Story of My Life

In her most startling and courageous book, Feminism is Not the Story of My Life, Elizabeth Fox-Genovese reveals through insightful and extensive interviews with American mothers, daughters, sisters, and wives from diverse backgrounds that the feminist movement does not speak for all women. Listening to their stories, Dr. Fox-Genovese, who is Eleanore Raoul Professor of the Humanities and Professor of History at Emory University, discovers a new kind of feminism, a "family feminism" based on the facts of women's lives. She describes this new feminism as a core belief that draws women together based on the things they have in common, that promotes their rights while taking into account their responsibilities, that trusts women to set their own priorities rather than try to live up to an unattainable ideal. 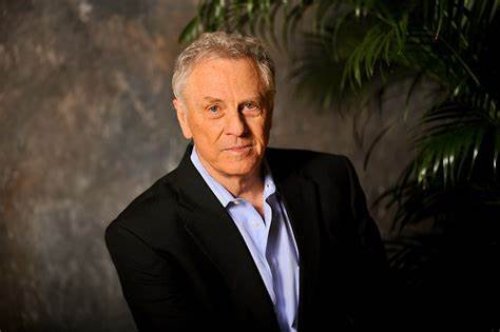 In 1971, Morris Dees, a lawyer and civil rights activist, co-founded the Southern Poverty Law Center in Montgomery, Alabama. Today, the Southern Poverty Law Center is a well-known, nonprofit group that maintains a pool of lawyers specializing in lawsuits involving civil-rights violations and racially motivated crimes. Mr. Dees has become a national spokesman for Teaching Tolerance, the Center's new educational project targeted to the prevention of racial violence. In 1981, Mr. Dees and the Center won a landmark $7 million lawsuit against the Klu Klux Klan for inciting violence. Author of Gathering Storm: America's Militia Threat, and A Season for Justice, Mr. Dees was named Trial Lawyer of the Year in 1987 by Trial Lawyers for Public Justice, and received the Martin Luther King, Jr. Memorial Award from the National Education Association in 1991. 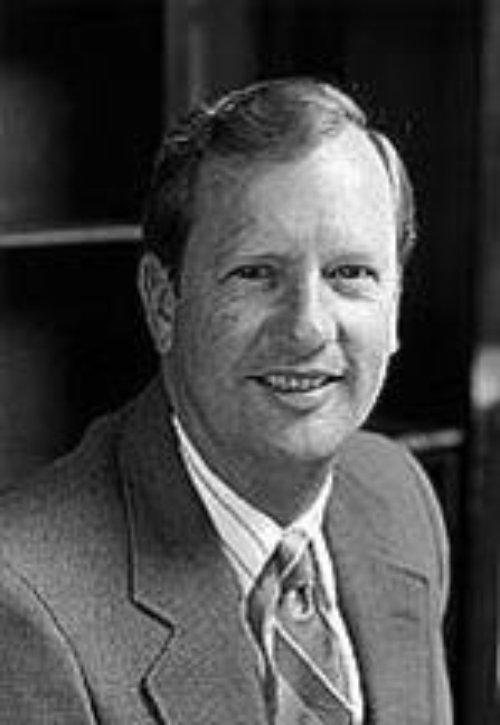 Harry Stout, Jonathan Edwards Professor of American Christianity at Yale University and Calvin College graduate, will provide a thought-provoking analysis of the American Civil War, specifically the moral decisions in a time of war. Applying the ethical precepts of "Just War" theory as it has evolved from Augustine and Calvin through Reinhold Niebuhr and Michael Walzer, Dr. Stout focuses on the command decisions made by President Lincoln and his generals to expand the Civil War from a limited war to a "modern" or "total" war in which civilian suffering figured deliberately in the overall strategic planning. In his discussion of this agonizing decision-making process, Dr. Stout will inquire into the relationship of the Civil War and President Lincoln to the emergence of a "civil religion" in American society. 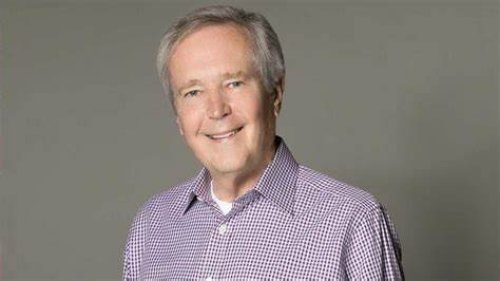 Breaking the News: How the Media Undermine American Democracy

In July, James Fallows took the media establishment by surprise when he was named editor of U.S. News and World Report, after a 17-year career as Washington editor of The Atlantic Monthly. His best-selling book, Breaking the News: How the Media Undermine American Democracy is a vivid and powerfully persuasive explanation of what has gone wrong with the American media-and what can be done about it. Once a critic of the American press, he is now one of its major players. Insiders report Mr. Fallows is already making major changes in staff and policy at U.S. News and World Report, indicating he is holding himself accountable to accusations made in his book. In his analysis of why the media establishment has become so unpopular, Mr. Fallows insists the media must change if the news business is to survive and thrive. 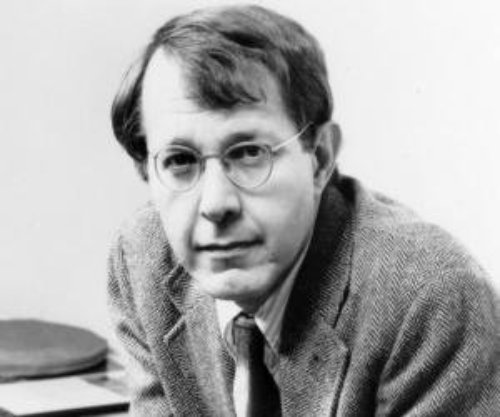 Amazing Grace: The Lives of Children and the Conscience of a Nation

Jonathan Kozol has spent much of his life talking and listening to children and giving voice to their struggles and hardships through his writing. His first book, Death at an Early Age, a description of his fourth-grade teaching experience in a segregated Boston classroom, was published in 1967 and received the National Book Award in Science, Philosophy, and Religion. In his latest book, Amazing Grace: The Lives of Children and the Conscience of a Nation, Dr. Kozol writes with compelling sensitivity about the children and their families who live in the South Bronx, the poorest congressional district of our nation, and how they find the strength to prevail in the face of violence, poverty, and racial isolation. 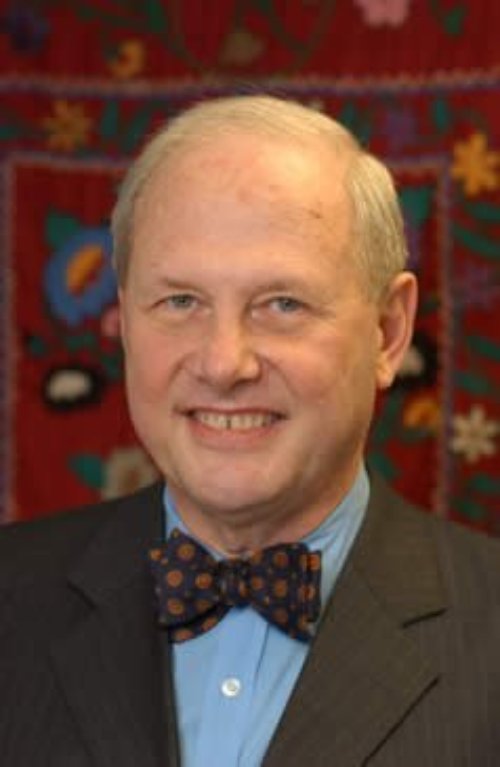 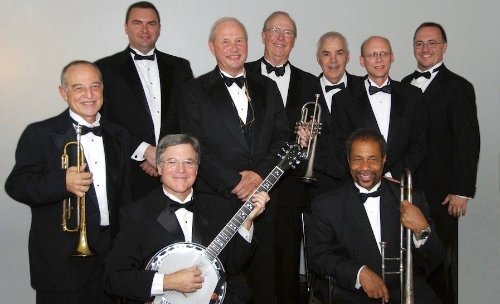