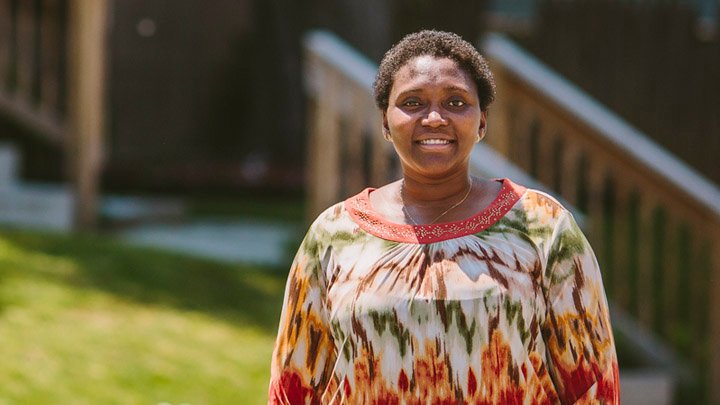 Adejoke Ayoola, an associate professor of nursing at Calvin College, is the recipient of the 2016 YWCA Tribute Award in the Sports, Fitness and Wellness category. Since 1977, YWCA has honored more than 175 women representing a distinguished sorority of leaders.

Promoting women’s health is Ayoola’s vocation—where her passion intersects with a real need in the world. She’s committed 20 years to pursuing that passion—the past 10 at Calvin.

Ayoola has invested in Grand Rapids neighborhoods, working alongside her students, equipping and empowering women to make better choices for their own health and the health of their families. One such example is the Preconception Reproductive Knowledge Promotion program, which she established through a grant from the Robert Wood Johnson Foundation Nurse Faculty Scholars. Her most recent initiative was the establishment of the H.E.A.L.T.H. Camp (Health, Education, and Leadership Training for a Hopeful Future) this past summer, which was an interdisciplinary camp fueled by the goal of promoting a culture of health among young girls.

Ayoola is also well published, respected and involved in leadership roles within her field.