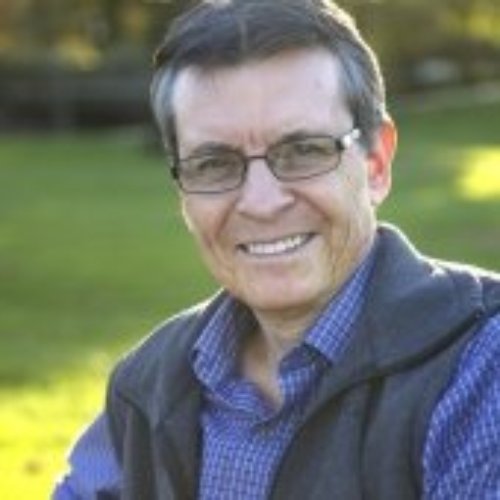 What’s so special about a small loan?  Everything, if you’re a poor woman in a poor country who is struggling to feed her family. Documentary producer and director Robert Rooy is one of the foremost chroniclers of microfinance, an innovative strategy that has helped millions of families emerge from poverty.  From a unique, on-the-ground perspective, he describes microfinance’s promise – and potential pitfalls – and introduces us to some remarkable people he’s met along the way.  Rooy, a former Calvin Thespian, and more recently an assistant director on more than forty Hollywood productions, shares his journey through the worlds of theater, Hollywood and broadcast television to a life of creating media programs that engage people in important human issues.

A farm boy from Oskaloosa, Iowa, Robert Rooy saw his first movie at age 17, grew to love the medium, and eventually decided to pursue a career in film.  After graduating from Calvin College and obtaining an M.F.A. in theatre at the Yale University School of Drama, he made his way to Los Angeles to break into the film industry.  He was accepted into the Directors Guild of America training program, and this segued into a full-time career as an assistant director in movies and television programs.

Over the years, he has worked on more than forty productions, including Gods and Generals, Minority Report, The West Wing, Tombstone, Honeymoon in Vegas and the epic television series Lonesome Dove.  But it was after shooting footage as a volunteer for a few international development organizations that the course of his career started to change.  He began to create documentary videos for an increasing number of nonprofit organizations involved in important human issues.

It was on a trip to Bangladesh in 1990 that he first encountered Muhammad Yunus and Grameen Bank.  Dr. Yunus founded Grameen Bank in the 1970s after realizing that many poor Bangladeshis were starved for working capital and lived in economic servitude to local moneylenders. It was immediately clear to Rooy that microfinance – loaning money to poor people to use to start or expand their own businesses – was a revolutionary new approach to development, and that it was working.  Subsequent studies have shown that more than half of Grameen Bank borrowers have moved their families out of poverty.

Rooy began a lengthy quest to profile this development strategy as it emerged onto a global stage. In 1998, To Our Credit, his seminal PBS documentary series, introduced many Americans to this ground-breaking idea. It was the first of a dozen programs Rooy has produced on the subject and the first of several collaborations with Dr. Yunus.  Today, more than 100 million poor families worldwide receive microloans.  In 2006, Muhammad Yunus and Grameen Bank were awarded the Nobel Peace Prize.

Rooy continues to focus his energy on creating media programs that engage and educate people about important social issues.  His company, Rooy Media LLC, has worked in more than twenty countries in partnership with such organizations as UNICEF, the Grameen Foundation, the Microcredit Summit Campaign, Ashoka: Innovators for the Public and Rodale Institute. He lives in rural Maryland with his wife, Sally, a teacher; their daughter, Andrea, is a Ph.D. candidate in political science at the University of Michigan and their son, Gerrit teaches in New Orleans as a member of Teach For America.

As a former president of the Calvin student group, Thespians, the January Series is pleased to welcome Alumnus Robert Rooy back to Calvin during the 75th year of celebrating theatre at Calvin College!

A Witness to Change: Profiling Microfinance and the Empowerment of Poor Families
Part of the: January Series