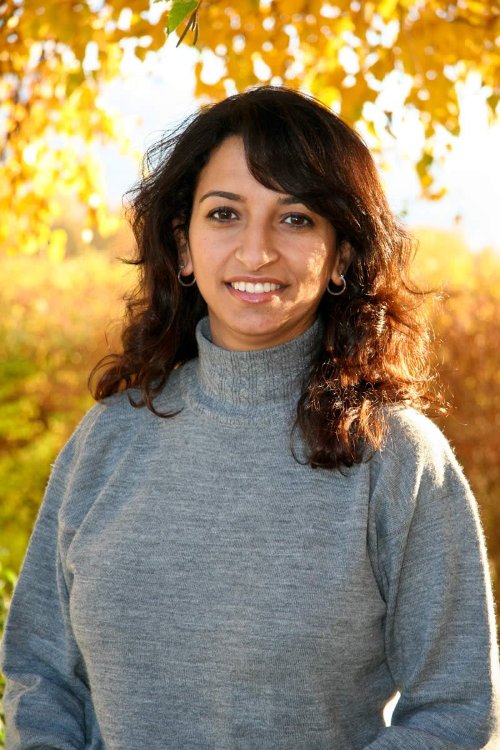 Anne Zaki was born in Egypt and educated partly in that country and partly in Canada. She came to Calvin in 1995 and, dismayed by the community’s level of global awareness, she initiated the cultural variety show Rangeela. Now in its 17th year, Rangeela (Hindi for “colorful”) is perennially a sold-out event at Calvin. Following her graduation, Zaki married Naji Umran, a Canadian-Syrian student at Calvin Theological Seminary, and in the years to come, the couple had four boys: Jonathan, Sebastian, Emmanuel and Alexander. Zaki earned two master’s degrees, one in social psychology from the American University in Cairo in 2002 and one in divinity from Calvin Theological Seminary in 2009. She worked as a research and development specialist for global worship for the Calvin Institute of Christian Worship from 2003 through 2012. The couple, who pastored churches in Michigan and British Columbia, married with the plan of one day returning to Egypt to live and serve. In September 2011, nine months after the events of the Arab Spring, they did. Read more about Anne's life in Calvin's Fall 2012 issue of Spark.

Anne currently teaches at the Evangelical Presbyterian Seminary in Cairo, Egypt, and continues to serve the Calvin Institute of Christian Worship on global initiatives.

Along with participating on the January Series 2014, Anne will also be a presenter at the Calvin Symposium on Worship, which is a three-day conference sponsored by the Calvin Institute of Christian Worship and the Center for Excellence in Preaching. The conference brings together a wide audience of pastors, worship leaders and planners, artists, musicians, scholars, students and other interested worshipers. People come from around the world for a time of fellowship, worship, and learning, seeking to deepen and integrate all aspects of worship, develop their gifts, encourage each other and renew their commitment to the full ministry of the church.

Is the Arab Spring the Arab Christian's Fall?
Part of the: January Series