Welcome to the digital exhibit for our September 2021 conference, “The Puritans and Their Impact.” In these pages, The Meeter Center for Calvin Studies at Calvin University has brought together an array of materials and information about the Puritans in the sixteenth and seventeenth centuries.

Click on the links to find out more about influential Puritans in both England and America, key dates, the Genevan Bible and its importance to the Puritan movement, and links to further resources. We hope these pages will help individuals, churches, and other groups learn more about the Puritans in the context of the 400th anniversary of the sailing of the Mayflower.

Who were the Puritans, and where does the name come from?

The Puritans emerged in the later sixteenth century in England as a group wanting further reformation within the English church. The movement had its roots in the transition in 1558 from Queen Mary I of England (who was Catholic) to her half-sister Elizabeth I (who was Protestant). Many of the Protestants who had fled into exile or gone underground during Mary’s reign had high hopes that Elizabeth would enact further reforms in the liturgy and leadership of the Church of England, bringing it in line with the worship practices and ecclesiology of the Reformed churches in Geneva, Zurich, and elsewhere. 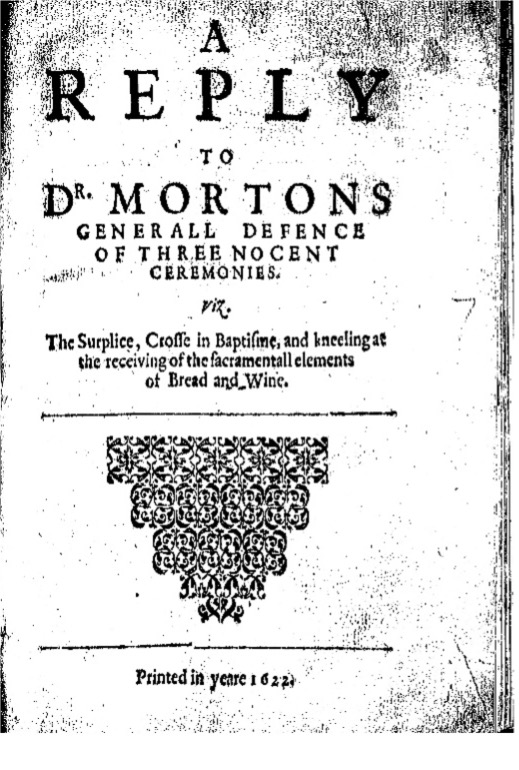 William Ames’s 1622 work illustrates several of the Puritan critiques about worship practices in the Church of England.

These hopes were dashed, however, as Elizabeth sought a middle way between her Protestant and Catholic subjects. Increasingly, those who favored further reform in the English church sought each other out, pushing for further changes and calling themselves “the godly”. By the 1570s and 1580s, their opponents within the English church coined the term “Puritan” as a term of mockery to refer to these men and women. Some remained within the Church of England and worked for change from within, while others, known as Separatists or Brownists (after Robert Browne, one of their early leaders) decided to create their own separate worshipping communities. Because the Church of England was a state church, setting up churches outside the parish church structures was considered an act of rebellion.

The Separatists faced pressure from the English religious and political leadership, including imprisonment, banishment, and even execution. By the 1580s, the first Brownists set up congregations in exile in the Dutch Republic. By the early 1600s, increasingly concerned about their children’s growing assimilation into Dutch culture, and worried about the possible expansion of Spanish Catholic power in the Dutch Republic, English separatists in Holland began to explore the possibilities of setting up communities beyond Europe. Members of the English separatist church in Leiden were among those who decided to risk the voyage – they became known as the Pilgrims, who made up under half of the passengers on the Mayflower—see the Mayflower Passengers List.

What were the Puritans' key beliefs and practices?

“Puritanism was nothing so concrete as a party or a sect, but rather a climate of opinion, a mood of discontent”1. The Puritans felt that the English Reformation had not gone far enough. Their particular areas of concern included worship, church governance, and the Christian life.

In each instance, they felt that a genuine allegiance to the teachings of Scripture would necessarily mean changes in the current practices of the Church of England.

In the area of worship, they mainly objected to what they saw as remnants of Roman Catholic practices: these included the vestments worn by clergy in the Church of England, the practice of making the sign of the cross at baptism, kneeling or bowing at various points of the worship service, the practice of Confirmation, and the exchange of rings at weddings. Puritans tended to prefer simplified liturgies focusing on the reading and preaching of the Word of God, and disliked aspects of worship that seemed focused on performance, such as anthems sung by trained choirs. Instead, they strongly supported the unaccompanied singing of metrical psalms. 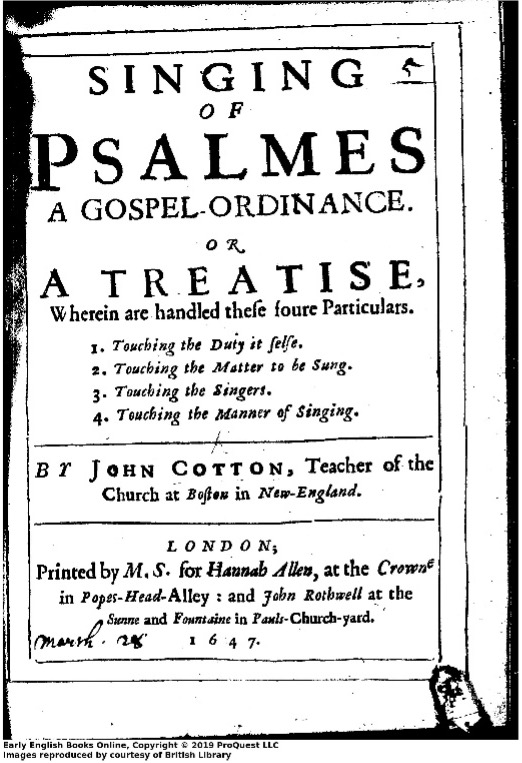 This 1622 work by John Cotton was one of the earliest defenses of Psalm singing penned in New England.

As for church governance, the Puritans’ main objection was to the continued role of bishops in the Church of England, headed by the Archbishop of Canterbury. Instead, the Puritans preferred a more devolved form of church government, along the lines of the Presbyterian and Reformed system of committees at the local (session or council), regional (presbytery or classis), and national (synod) levels. The distrust among the godly regarding the role of bishops in the Church of England made their encounters with the church hierarchy even more fraught when faced with bishops’ orders to conform to the worship practices in the Church of England. Among the Separatists, outright refusal to acknowledge the bishops’ authority could precipitate imprisonment or other penalties.

When it came to the Christian life, the Puritans were well-known for their strict Sabbath observance, their rejection of other holy days and festivals, their sober lifestyle, and their desire to see a stronger and more effective system of church discipline in the Church of England. Their opponents made use of these characteristics to highlight what they saw as the Puritans’ joyless narrow-mindedness and hypocrisy. In spite of these critiques, the Puritans persistently focused on purity, both in their own lives and in the English church as a whole. 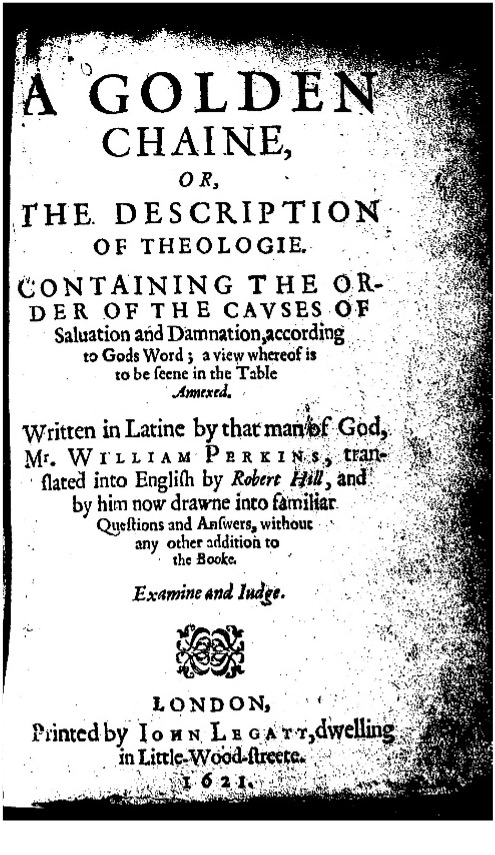 This 1621 work by William Perkins laid out his teachings on election and reprobation.

Theologically, this focus on purity manifested itself in many writings on the doctrine and process of sanctification. They considered holiness to be one of the primary divine attributes. As a result, they saw sanctification as a lifelong journey in which believers grow in the image of Christ as the grace of God works in them. Puritan theologians rejected any claims that Christians were free from the demands of God’s law (antinomianism). Instead, they emphasized the continuing importance of God’s covenantal relationship with His people. The leading Puritan theologian William Perkins, among others, explored the connections between God’s covenant of works (which could lead to temporary faith, even among the reprobate) and God’s covenant of grace, which is extended to the elect through Christ’s life, death, and resurrection. Perkins’s writings proved to be highly influential, not only among English Puritans, but also among seventeenth-century Reformed believers in continental Europe.

1 Stephen Tomkins, The Journey to the Mayflower: God’s Outlaws and the Invention of Freedom (New York: Pegasus Books, 2020), 21.