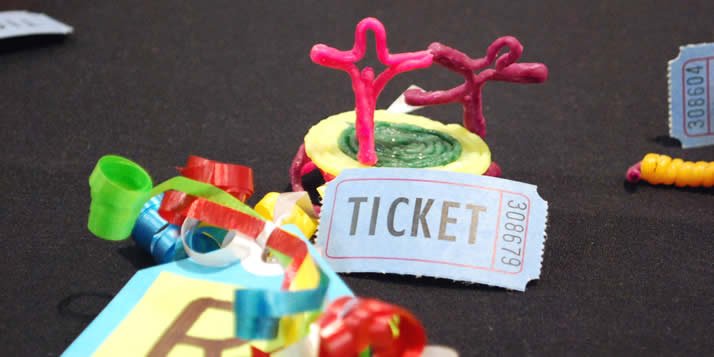 For the past few weeks Calvin students have been getting creative with yarn and wax.

The results of that creativity form the fourth-annual Wikki Stix (sticks of wax-covered yarn) contest which wrapped up at noon, Friday, Nov. 14. About 80 designs—ranging from a simple pair of sunglasses to a small-scale cathedral—were submitted to the contest. The entries were divided into three categories based on whether they were made with one packet, two-tofive packets or six or more packets.

Students won in three ways: by the consensus of three judges, through a raffle or through a student vote. Laurie Lemmen, an experiential education coordinator in Career Development, Bob Myers, a director of Calvin Information Technology and chaplain emeritus Dale Cooper were judges this year.

Winners were showered with a variety of prizes, including free movie passes, gift certificates to the mall and local restaurants and prizes of the electronic kind—such as an I-pod touch or a portable DVD player. The prizes were donated by Educational Community Credit Union, the sponsor of the contest.

Senior Brett Pennings rocked the student vote with his cathedral creation, which took over 40 hours to create. He won a Wii gaming system for his efforts. Senior Joe Salowitz won the 6-plus category with his homage to Looney Tunes: “I felt that most people liked those cartoons as a kid, so I thought most people would like the concept,” Salowitz explained.

“It’s fun. It’s wacky. It’s a great diversion from studies,” said Tom Van Wingerden, director of business services. He created the contest a few years ago when Campus Store staff noticed a week or two of a lull in sales activity. The competition is simply an opportunity for students to be creative and have fun.

Van Wingerden recounted that in the contest’s first year, students were befuddled with the concept and many weren’t familiar with Wikki Stix. Since then, the contest has gained in popularity:

“We have noted this year how many people come up to us and ask for [the stix],” explained Van Wingerden. This year, the Wiki Stix packets were handed out October 31; students were allowed to take as many packets as they wanted.

Van Wingerden sees the contest as community-building experience and hopes that it will be a favorite among students and Campus Store in years to come: “Whether ... we have 100 students or 500 students participating, it’s fun for everyone,” he said. 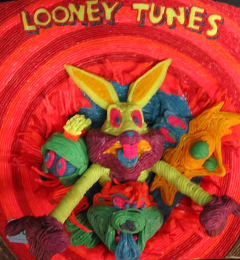 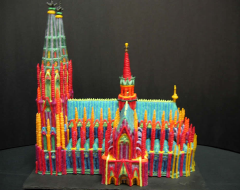 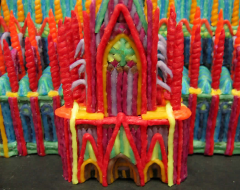