Veterans Day: Honoring those who serve 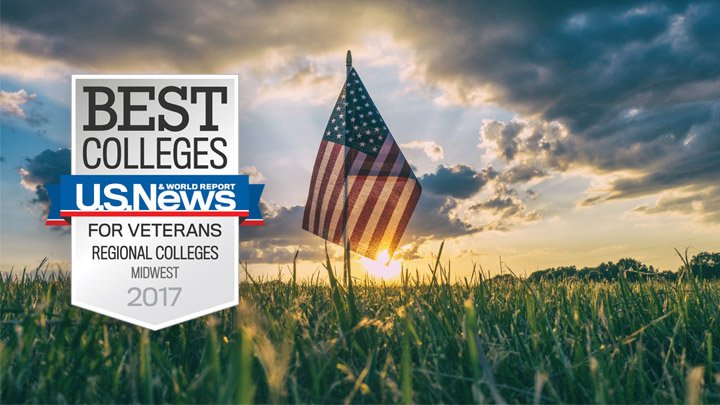 Calvin College joins with communities across the U.S. and around the world to observe Veterans Day (elsewhere recognized as Armistice Day and Remembrance Day), honoring the courage and sacrifice of military service.

Members of the Calvin community and the general public are invited to participate in the following 2016 Veterans Day events to be held Friday, November 11:

Why do you choose to serve?
I choose to serve because I want to give back to the community and country that afforded me opportunities that I know many don't have. I believe that it's a responsibility of American citizens to give back in some way and I felt the Army would give me the best opportunity and means to do so.

What does Veterans Day mean to you?
To me, Veterans Day is important because it shows that we as citizens are thankful for the sacrifices that all of our soldiers make on our behalf. That means that it shouldn't be just a day for getting good deals on shopping or a day off from work or school, but should really be a time for Americans to reflect back on what our soldiers have done in the past and to look forward at what they'll be expected to do in the future.

What do Calvin's Veterans Day events mean to you?
That Calvin is putting on activities for Veterans Day means that the community is supporting what my peers and I are about to do and what countless soldiers before us have done. It shows that the Calvin community appreciates its veterans and their sacrifices. You don't have to support the leaders or their policies but supporting the soldiers should be a priority.

I would invite the Calvin community to the flag raising in the morning and out to the city parade in the evening. I would ask that they do something for a veteran today, whether it's raking the leaves for an elderly neighbor who served, paying for the meal of a person wearing a military cap, or simply thanking a family member who has served. There are so many ways to honor Veterans Day; just go out and do something!

Share with us the nature of your military experiences.
I had two distinct periods in the Army: one as an enlisted man and another as a commissioned officer. I enlisted in the U.S. Army as a transportation specialist for four years. That enlistment was followed by a two year period in the reserves, half that time included membership in the Oklahoma National Guard's 145th Public Affairs detachment as a journalist.

The other half was with the U.S. Army Reserve's 12th Special Forces Group out of Oklahoma City as a personnel support specialist. During the time in the reserves and guard, I was also finishing up the last half of my BS degree in computer science and participating in the ROTC program. Upon graduation, I was commissioned in the U.S. Army Adjutant General Corps. I was assigned to Ft. Wainwright, Alaska, and served in a variety of roles.

What values did you learn or develop while serving?
Whether I was enlisted or commissioned, I found that for organizational success there is no substitute for three things.

The first is making people's professional development and personal concerns a top priority. I have anecdotal evidence that supports that, but one experience comes to mind in particular. As a lieutenant, I was unexpectedly assigned to a job usually meant for a major as the head of the administrative and personnel activity at Ft. Wainwright. Every two years, we were assessed for our effectiveness in serving the military community and their families. Generally, it was expected that some type of deficiency would be found, and frankly no one expected a lieutenant to do more than maintain the evaluation level from the previous review. However, I have to believe all those times when my leadership team was challenged by making room on the schedule to send someone to a course, allowing extra leave time for family concerns and a host of other things played an essential role in what happened: we successfully "maxed" out the inspection. It took a concerted effort of a large team to make that happen in all the areas we supported.

The second is leadership by example, which I think most people intuitively understand.

The third is diversity. Many organizations are just now getting to the point of matching the proactive measures the military was already taking in the 1970s to have people discuss, understand and appreciate a balanced work force.

How does your service influence your work as a professor?
For one, I had to interact with large systems of people and technology due to my field, which is what information systems is about. Also, I have a sense of the challenges in managing organizations through my experiences that included being the executive officer of a battalion sized post headquarters company. Finally, the military is very focused on the attributes of professionalism, and I have had many opportunities to share some of those thoughts in our capstone class as well as the information technology leadership class I teach. I also came out of the service with a lot of good stories!

What do you want the Calvin community to know about Veterans Day?
Although I was in the administrative branch of the Army, I either worked in or observed units in the combat arms. I particularly remember the guidance of my public affairs unit's first sergeant: "If it's raining, get out there and take some pictures." He knew that a large number of local newspapers would publish a picture of a soldier standing in the rain. He also understood that picture communicated soldiers often don't have a choice once they agree to serve. It may be standing in the rain on guard duty or having to leave your family with very little notice because of a phone call, not knowing if it is a practice drill or the real thing. I encourage the community to think and pray about some of the small and big sacrifices veterans and current active duty people have made in war and peace with little or no choice.

What inspired you to serve in the military?
Ever since I was a young kid I wanted to serve in the military. As life progressed my goals and aspirations ebbed and flowed, one constant was my desire to serve. I have a love for the United States and wanted to do my part to make sure that every American was able to maintain a level of freedom consistent with what I enjoyed growing up with.

Tell us about your military career.
You can always tell a fellow veteran by the questions they ask you. The most prolific being, “What was your M.O.S (military occupation specialty)?” My answer is always the same. I was a 31B – Military Police Officer. Our mission while stationed stateside was to act as law enforcement on the military post.

I am most proud of the man I have become. My military training taught me self-control, self-respect, self-confidence and perseverance. The military taught be a great deal about how to encourage, challenge and support the people around me. Without fellow soldiers, none of us would have made it past day one.

Why did you choose Calvin?
I chose Calvin for two reasons: the first, Calvin participates in the Yellow Ribbon Program, which is used in conjunction with the Post-9/11 GI Bill. The GI Bill grants soldiers, who qualify, four years of tuition paid at the cost of the highest state school. So should a soldier, like myself, choose a school that has a higher tuition bill, the Yellow Ribbon Program covers the difference of tuition costs. The second reason is because my dad is a professor at Calvin in science education.

What I got out of Calvin was much more than expected. I grew to love the school, the academic rigor, the supportive underclassmen and professors. I truly felt welcomed and a part of the school's community.

Share, in your own words, the significance of Veterans Day.
For me Veterans Day is about the men and women who have served and lost far more than me. I always feel undeserving and humbled by any thanks and appreciation. Veterans Day for me is about the men and women who have lost the ability to lead a normal life due to mental and physical disabilities. It’s about the soldiers who come back from war and can’t sleep at night, or the soldiers who feel so guilty they take their own lives. For me Veterans Day is about letting my fellow soldiers know that they are not forgotten, and that I am there to support, encourage and challenge them just like it was day one all over again. Veterans Day is not for me. It is for their families, the now single moms, the parents who will never get to see their kid married and will never have grandkids. Veterans Day is not about those who said "I would" but about those who can say "I did."

In my opinion, the best way to honor veterans is to get them in a group with other veterans and just listen to their stories. A lot of soldiers have powerful stories. No matter the branch they served in, once each one completes his/her term of service, they all become friends.

To learn more about Calvin's commitment to veterans, visit our Military and Veterans page.

Calvin College is proud to support veterans, and was recently ranked by U.S. News & World Report as first in its category (Midwest regional colleges) for being a top college for veterans. This is a result of the college being certified for the GI Bill, participating in the Yellow Ribbon Program, and having more than 20 students use GI Bill benefits in 2015–2016.