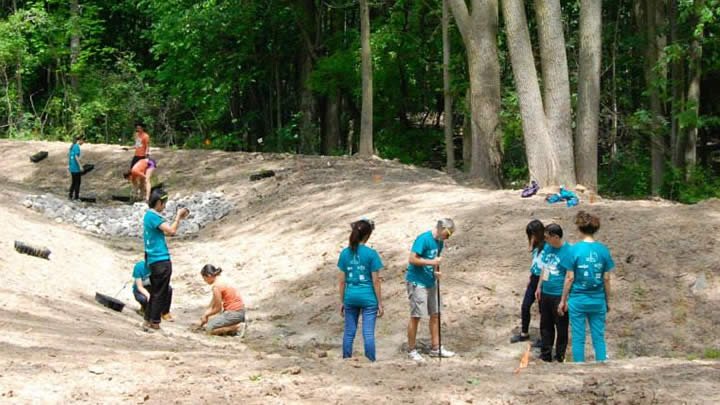 Jan (Vanden Bosch) Veenstra was nervous when the dean of student life invited her to come with him to a conference on volunteerism at Michigan State University back when she was a student at Calvin.

“I remember thinking, what am I going to talk about in the car with this guy?” she recalled. “It wasn’t that I was afraid I wouldn’t have anything to say. I just thought I might have too much to say.”

Too inspired to keep quiet

While Veenstra held her tongue on the way to the conference, she was too inspired to keep quiet on the trip home. The conference had challenged attendees to start volunteer programs on their college campuses.

“I saw that [MSU was] doing service-learning and thought, if they could do it at a secular college, surely we could get this started in a Christian school,” Veenstra explained.

The dean suggested that Veenstra work with the social work club to start an after-school tutoring program, since the club was already doing some tutoring. So Veenstra joined forces with Sharon (Draft) Slager, a member of the social work club, to form a new club focused on tutoring in inner city schools.

Over the course of the next 50 years, their tutoring program would grow into Calvin’s service-learning center (SLC). And from June 6-7, 2014, Veenstra and Slager joined fellow alums, students and other members of the Calvin community in a two-day celebration of the SLC’s 50th anniversary.

A panel and meet and greet time on Friday night gave attendees the chance to reminisce about the history of the service-learning center and reconnect with old friends. Attendees continued to connect over brunch on Saturday and formally celebrated the anniversary with a party at the Kroc Center Saturday evening.

2014 Calvin graduate Katie Van Zanen, who spent the last year working to organize the festivities, hopes that the weekend not only celebrated the SLC, but gave alums a chance to reconnect with others interested in service.

“It’s about connecting people who have been involved with service-learning over the years and reinspiring them to service,” she said.

The weekend also gave attendees a chance to join other community members in a service project right on Calvin’s campus. More than 70 people of all ages came together to plant thousands of native plants in a field next to the nature center.

Gail Heffner, the current director of community engagement and former director of the service-learning center, organized the project. Heffner explained that the deep roots of the native plants will help soak up storm water, so that it doesn’t drain into Plaster Creek.

Plaster Creek is the watershed for the area in which Calvin is located. Calvin has been working with the community to restore the creek—the most polluted in West Michigan—for ten years.

Slager and Veenstra never expected the after-school tutoring group they started to grow into the multifaceted program it is today. They both took the weekend as an opportunity to honor God for the work He has done through the service-learning center.

"We were only thinking of working in a school and maybe doing a little social work. But God had bigger plans,” Slager reflected. 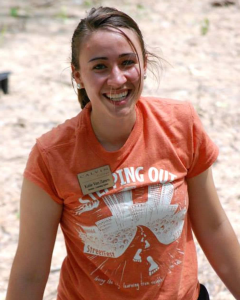 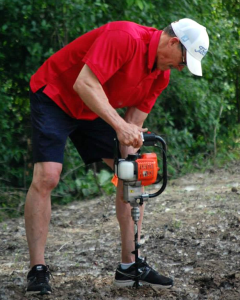