Prof compares Aquinas' view of the afterlife with Twilight 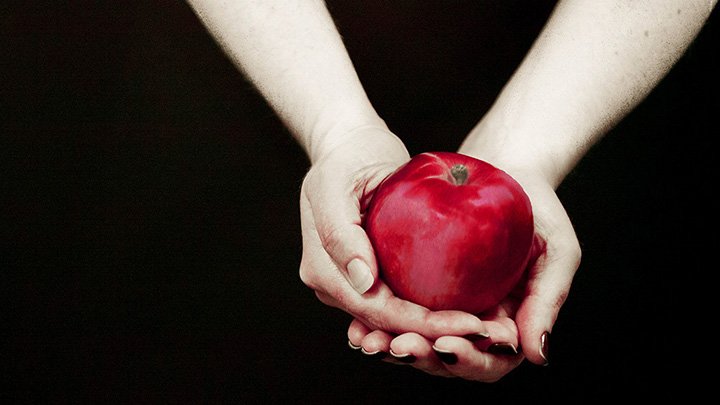 Christina Van Dyke was determined to draw a more diverse crowd when she talked about her research on Aquinas and the afterlife at Wheaton this past summer.

“Philosophy has this reputation for being really masculine and abstract,” she explained. “You get a certain kind of person that thinks philosophy is their territory, but other people feel really alienated by it.”

So the Calvin College philosophy professor decided to explain Aquinas’ view with an unusual analogy: she compared it to Twilight.

It turns out the vampires in the bestselling teen romance series closely resemble Aquinas' description of humans in the afterlife. And Van Dyke was ecstatic to find that a lot of women wanted to know just what Edward Cullen had to do with Aquinas.

“I got a fantastic female turnout at Wheaton, and I got more questions from women at that talk than I ever had before,” she said.

Van Dyke has since given more successful presentations about Aquinas and Twilight. She even wrote an article that will come out in the Oxford University Press about the similarities between Aquinas’ picture of the afterlife and Twilight.

Despite Twilight’s reputation as “low-brow literature,” Van Dyke emphasizes that the pop culture comparison isn’t meant to dumb down Aquinas. Using Twilight as an example helps to illustrate his ideas and their influence on modern society in an accessible way.

“Stephanie Meyer is drawing from this tradition that goes all the way back to the middle ages,” Van Dyke explained.

In addition to attracting a female audience to philosophy, using examples like Twilight or Buffy the Vampire Slayer helps Van Dyke to tie historical philosophers to modern life, showing that they still hold wisdom for us today.

“Philosophers and theologians spent centuries working on the big questions of life, and we can see the impact their work has had on how we think today,” Van Dyke explained. “They were really smart people with interesting things to say that we dismiss and forget about."

In fact, Van Dyke began studying Aquinas’ view of the afterlife precisely because it is often overlooked in his work.

“I started working with my friend Thomas Williams on a new translation and commentary on Aquinas’ Treatise on Happiness, which focuses on the afterlife, and I was surprised how few people had talked about this topic in Aquinas,” she explained. “Most people focus on his ideas about this life: human nature, virtue and vice.”

Van Dyke decided to take a closer look at what Aquinas had to say about the humans in the afterlife to see if it matched up with his ideas about life on earth.

Supported by grants from Templeton Foundation, the University of Notre Dame's Center for Philosophy and Religion, and the National University of Australia, Van Dyke is taking a year off from teaching to research the topic and write a book on what she finds.

So far, Aquinas has painted a different picture of the afterlife than Van Dyke expected.

Aquinas is committed to the idea of a bodily resurrection. And he imagines humans with new bodies that have a lot in common with Edward Cullen’s: they’re shiny, have better sense perception, move faster and are impervious to pain. Yet he doesn’t seem to think we’ll be doing much with these amazing bodies.

“When Aquinas talks about happiness in the afterlife, he puts a strong focus on the extent to which God completely satisfies all of our needs” Van Dyke said. “He thinks there will be no eating, no drinking and no sex. So then the question is, what will our bodies be for?”

Aquinas also argues that true happiness must be unchanging, but Van Dyke has a hard time reconciling that idea with human nature as it exists on earth. Most people would find an eternity with no change, food, drinking or sex less than appealing.

Van Dyke thinks a philosophy of time might hold the key to making sense of Aquinas’ vision of a happy afterlife.

“One of the things I’m going to look at this year is whether the experience of time could shift to make living for eternity with this amazing body, but not being able to eat, have sex or drink, be a little more attractive.”

As part of her research, Van Dyke will travel to Australia to work with experts on philosophy of time on the project. She will also be traveling to Edinburgh and Oxford for her research.