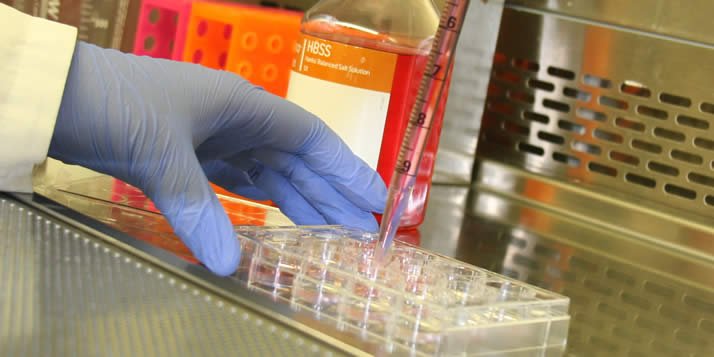 “Knowing that every pair of glasses that I touch will eventually be put onto someone who will be able to see after glasses are on their face,” said senior pre-optometry student Calah Metz, “that is the coolest thing to me, and that’s what I want to do with my life.”

Every Tuesday night, Metz and other pre-health care and nursing students at Calvin volunteer with the Lions Club in Grand Rapids alongside John Ubels, a biology professor, and Larry Gerbens, a retired ophthalmologist who is now one of Calvin’s regional gift officers. The volunteers sift through piles of used glasses, wash them in soapy water and then determine prescriptions with a lensometer. These glasses are then provided to people in developing countries who do not have access to eye care.

An eye for research

Ubels, who has taught at Calvin for 18 years, remembers what it was like to be a student researcher. As a Calvin student, Ubels ‘74 worked on a research project with then-Professor Gordon Van Harn, which inspired him to pursue research in his career.

So, when Ubels had the opportunity to return to Calvin as a professor, he wanted to return the favor.

“I brought my research program here with the goal of providing research experience for students,” he said.

A vision to help students

And he’s done just that. Ubels received the Student-Faculty Research Award last February, which is given to faculty members with “an outstanding record of working with student collaborators in his or her research and scholarship.”

“This research is really about the students,” he said. “The final goal, of course, is always publication in the eye research journals and moving science forward, but here at Calvin, scholarship, I think, should always involve students. An essential part of the teaching in this department is to involve students in research.”

Recently, Ubels has worked extensively with pre-optometry students. In September, he received a $375,870 grant from the National Eye Institute. The grant is an Academic Research Enhancement Award, which is designed for smaller colleges like Calvin. It’s a renewal of a grant that has provided the department with funding for an ongoing project since 2006.

The project involves researching the high potassium content in tear fluid and its relation to protecting the eye from ultraviolet radiation. The continuing research is specialized and specific to Calvin.

“As far as I know, I’m the only person in the world who’s working on this potassium problem,” Ubels said.

While researchers have known for years that potassium levels are high in tears and that UV light can damage the eye, Ubels’ research is innovative in that it has significant implications for public health.

“Our eyes are continually bathed in tear fluid,” he explained. “We often think of tears as something that’s just produced when you cry or you get something in your eye, but the eyes are continually being bathed by tear fluid that is flowing over the surface of the eye. That fluid lubricates and moistens the eye, it has a lot of proteins in it that fight off bacteria and viruses, so it protects our eyes from infection, but that fluid also is important for the health of the cells on the surface of the eye, and especially on the surface of the cornea. Because the cornea has no blood vessels, it gets a lot of nutrients and other compounds that it needs from the tears.”

In the past several years of research, Ubels and his colleagues have demonstrated that cells will kill themselves when exposed to UV light, unless they are placed in a high potassium medium. Now, the new grant money will facilitate their research on the specific reasons for why this phenomenon occurs.

“The new grant is focused on figuring out the intracellular mechanisms by which this whole process is happening,” Ubels said. “How does ultraviolet light affect the channels on the cells and cause them to open? How does ultraviolet light affect certain enzymes in the cell that leads to the death of the cells? So what we’re doing now is getting into mechanisms and some more extensive biochemistry to figure out how this system is working.”

A few more sets of eyes

Loren Haarsma, a physics professor at Calvin and co-investigator on this research project, and research technician Mark Schotanus are “essential to the project,” Ubels said.

Sophomore Courtney Glupker is a pre-optometry student who is working with Ubels on the research. She inquired to Ubels about research opportunities last year.

“I was interested in pre-optometry my freshman year and he’s actually my advisor so I asked him if there were any research possibilities in the optometry field and he said, ‘I might actually be getting one.’”

“One of the things that I really like to do is bring the pre-optometry students into the lab, because when they apply to optometry school, if they come in having done research on the cornea of the eye, the optometry schools really take notice of that.”

In addition to teaching and researching, Ubels will also lead an interim mission trip to Mexico, where students under the supervision of Gerbens, will be working with Christian Reformed missionaries to administer eye care and glasses to the vision-impaired.

Metz, who plans to go on annual mission trips in the future as a part of her practice, is hoping to gain experience through the upcoming eye-care interim to Mexico. She is also looking forward to seeing people’s expressions when they receive their first pair of glasses.

“Watching people’s faces light up,” she said. “I’m just so excited for that moment. Whenever I do an eye exam on someone, and then I take out a pair of glasses, [they] put them on, and they can see for the first time. Their face, at that moment—that’s what I’m excited for.” 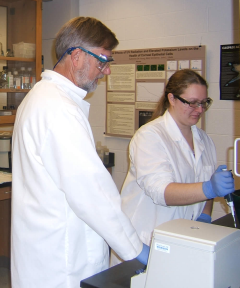 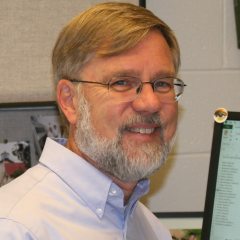 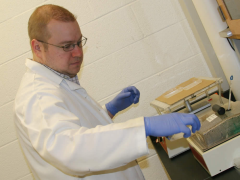 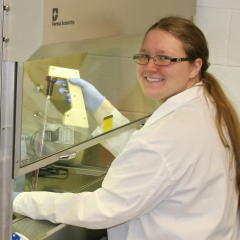 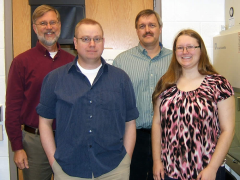