Interim: Sports in Film and Fiction 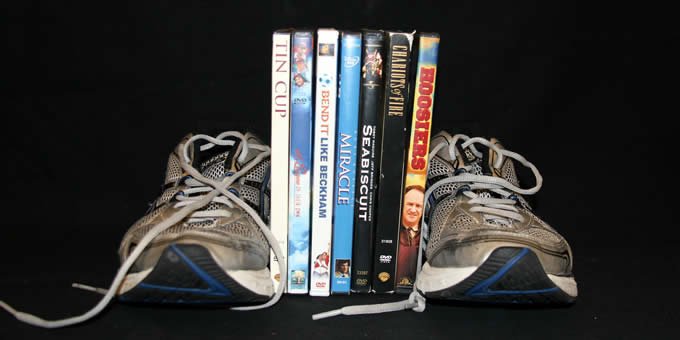 Looking for a conversation starter? Ask anyone for a list of their favorite sports films or books. That same conversation is the driving force behind a Calvin winter interim course titled: “Sport, Film and Fiction,” co-taught by professors Brian Bolt and Jim Timmer of the Calvin HPERDS department.

Over the duration of the three-and-a-half week course, students view and review 12 sports-related films while also reading and reviewing one sports-themed book. Bolt and Timmer first offered the interim course two years ago and are back for another go-around with 36 students enrolled for this year's offering.

The class originated with Bolt, who first taught a version of the sports film class as a professor at Roanoke College. With Timmer’s help, the Calvin version of the course has evolved into a class modeled after the NCAA basketball tournament.

Each group watches one film per day together, and each individual in the group must then submit an online review of the film that same day.

When the students have screened everything, the films enter a bracket competition with movies going head-to-head round by round. Two finalists emerge from each of the three regions and are voted on by the entire class to decide an overall winner.

Guiding discussion principles for the debates include: sport authenticity of the film, the quality of the film, what the film has to say about life, signature lines or quotes from the film. and the hook or emotional pull of the film.

“I used the bracket idea when I was teaching in Virginia (Roanoke College) and it really helped spur healthy discussion and engagement,” said Bolt. “When I taught the class for the first time last year with Jim, he really added a creative flavor with the draft concept and other sports labels that enriched the course. As a result, our students really become engaged with sports, film and literature through a Christian perspective."

On the final day of class, the final films are ranked one through six in a format similar to the current college football Bowl Championship Series. What follows is a lively debate. Difficult matchups ensue. This year, for instance, one region had to decide between a pair of Angelo Pizzo-directed films, Hoosiers and Rudy, in a first round matchup. “It really is a lot like the NCAA (basketball) Tournament,” laughed Timmer. “Sometimes you get tough first round match-ups, but that really forces the students to think hard right away.”

Hoosiers was one of the films pre-selected by Timmer and Bolt. Some of the professors’ other pre-selects include Million Dollar Baby, A League of Their Own, The Blindside and recent documentaries from the acclaimed ESPN Films’ 30 For 30 series.

One of the films viewed in each group is based on the required reading. This year’s books included Seabiscut, Bang the Drum Slowly and Friday Night Lights.

“Last year when we taught the class, we selected three fiction books for the class to read that were not connected to any films,” said Timmer. “There ended up being a little bit of a disconnect with our students because of that. As a result, we decided to try something different this year by assigning highly acclaimed books, such as Laura Hillenbrand's Seabiscuit, that were made into major motion pictures, and so far it has really worked out well. The book-film combination allows students to evaluate a sports story on two fronts, both in written and visual form. We've been looking at how Hollywood takes a message from a book and adapts the message for its own purposes—particularly in the way of turning a profit. It's definitely created some interesting discussions in class.”

The four pre-selected films are chosen to highlight certain themes, narrative choices and ideas said Timmer. “I guess you could call it a group of sports film fundamentals that we want each region to digest. The at-large choices allow each region to add a little flavor to their movie base. Maybe it's something with a bit more comedy or maybe it's something with a little more history or drama. The students have fun choosing the at-large selections and deciding what kind of a final list they will work with.”

The students also discover that watching sports films takes work but is also rewarding. “We want our students to be more than just consumers, and that includes watching a movie or reading a book,” said Bolt. "We know that our students will see more sports movies and read sports stories after they graduate from Calvin. This course is designed to help them develop skills that will serve them well in the future.” 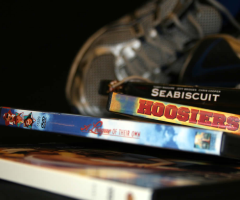 A selection of sports movies 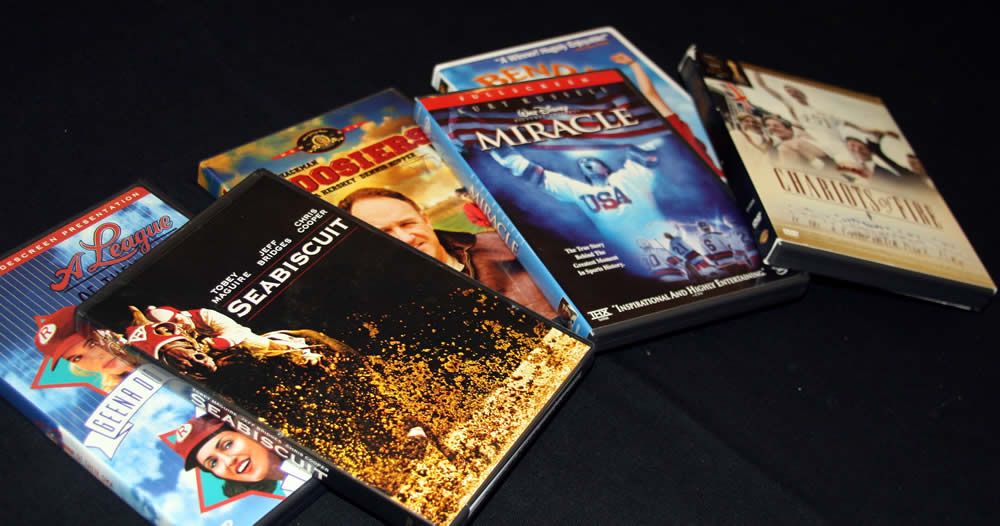 Boys of Summer: Roger Kahn's chronicling of the final years of the Brooklyn Dodgers before the baseball team moved to Los Angeles.

The River Why: David James Duncan's coming-of-age tale of the search for the Pacific Northwest's elusive steelhead.

Brilliant Orange: The Neurotic Genius of Dutch Football: David Winner’s exploration of the fanaticism of the Dutch National Men's Soccer team in 1974 and 1978.

Among the Thugs: Bill Buford’s account of following some of the more excitable supporters of Manchester United and England for a season.

How Soccer Explains the World: Franklin Foer’s examination of soccer as both a pastime and a social, economic, political force around the world.

The Ball Is Round: A Global History of Soccer: David Goldblatt’s story of soccer's rise from chaotic folk ritual to the world's most popular sport.

Brand NFL: Making and Selling America's Favorite Sport: Michael Oriard’s broad-reaching study of how professional football has become the most popular spectator sport in the US.

Soccernomics: Sports writer Simon Kuper’s and economist Stefan Szymanski’s analysis of which nation is the most crazy over soccer—and all sports. (The answer is surprising.)