Interim: Food as fuel and more 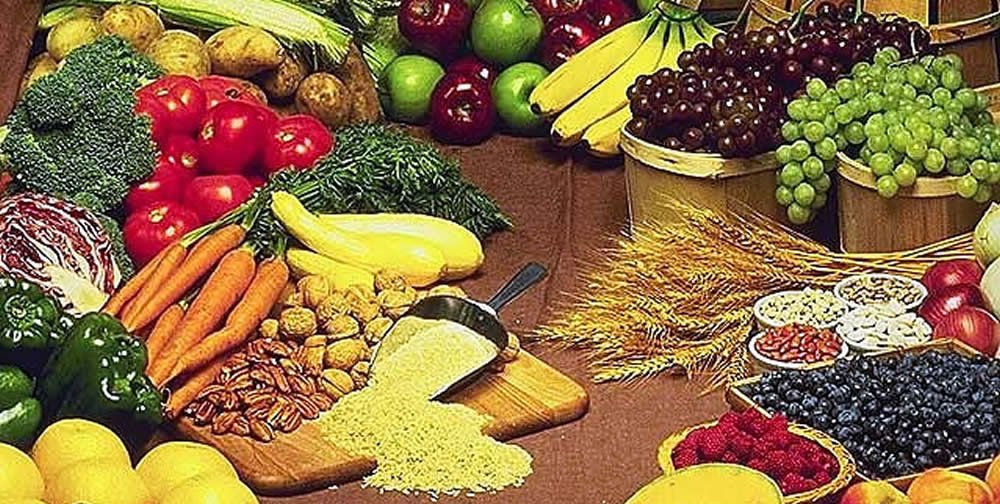 Students in a Calvin kinesiology class are learning not only about how food operates as fuel, but also how it can function in deeper, spiritual ways.

In one corner of a Van Noord Arena classroom, Carissa Verkaik was prepping yogurt and spinach and cucumber for a green smoothie. Nearby Tom Snikkers was measuring what he and his group of fellow chefs would need to make homemade energy bars. And at another station Rachel Bos was getting bread ready for turkey and hummus panini sandwiches.

All three students are varsity athletes at Calvin. All three are part of Calvin kinesiolgy professor Julie Walton's 2012 interim course on sports and nutrition, something they say makes sense for them as student-athletes.

Bos, a Hudsonville native, is a four-year swimmer for Calvin, specializing in the sprints who said the class intrigued her for pretty elemental reasons: "I was interested in Dr. Walton's class because I love food, and I'm an athlete. It just made sense." Verkaik, a junior and a two-time league MVP in women's basketball who also is on the track and field team at Calvin, echoed Bos. "What made me interested in this class," she said, "was that since I am so active in sports, I wanted to learn about how what I eat affects me." For his part, Snikkers, pronounced like the chocolate bar, is hoping after graduation to play professional basketball overseas, and he knows that playing at that high level will mean any edge he can gain for his game will be critical.

All three say the class has been an eye-opening experience.

"Being an athlete, you want to utilize every advantage you can," said Bos. "One such advantage is what you eat, how much, and when, all of which contribute significantly to how well you perform. I've already learned how to more efficiently get more veggies and legumes in my diet by putting them into other foods instead of merely just eating them straight."

For Verkaik the lessons have been equally important. "After graduating I hope to be a teacher at a local elementary school and one day a coach," she said. "So far I have a learned a lot from this class: what I am supposed to eat as an athlete and how much, how to cook the types of foods that I should eat, and when I should eat different types of food based on when I work out." Snikkers said he has benefitted already from learning how to better prepare himself before a workout by eating foods with more carbohydrates and protein and also by learning what foods not to eat.

Calvin students in the class who are not on varsity teams also are benefitting from a better understanding of what fuels their bodies.

Libby Mantel, a junior from Sugar Land, Texas, is a studio art major who has been a ballerina since youth. She thought the class would give her a better understanding of nutrition for ballet, and she has not been disappointed. "It's been great to learn about when to eat certain nutrients, about the three macronutrients (carbs, protein and fat), how to eat to repair muscle and recover from workouts, that sort of thing."

Such sentiments are exactly what Walton was hoping to hear when she first designed the course in 2005 (she taught it that year and in 2006).

"Proper nutrition is a key ingredient for success in competitive athletic performance," she said, "so the goal of the (sport nutrition) course is to investigate the types, amounts, and timing of food and fluid intake, as well as the fact and fiction surrounding nutritional supplements."

The students in Walton's course are spending the 15 days of interim studying the types of foods necessary before and during exercise, as well as the recommended food and nutrient intake for optimal recovery following exercise. They also are learning the basics of analyzing food, and Walton said that what students will gain during interim can benefit them for a lifetime.

"I hope all of my students will think more deeply about the nature of food," she said, "and why it is important as fuel. But I also want them to consider things like why God would create our bodies to need feeding every few hours. In our present culture, food is utilitarian in many ways. We eat just because we don't want to be hungry. We give little thought to how much we eat or what we eat.

"Where sport is concerned, we have to look at this head on, because the nature of training is that it will necessitate we eat more, not fewer calories. So, we need wisdom regarding what to eat, and how to get more calories without contributing to the cultural mandate to overstuff ourselves at the expense of others. And, of course, I want athletes to understand that what they eat, day in and out, really, truly does affect their performance. If they admit to wanting to bring their best effort to their performance, then they simply cannot ignore the importance of nutrition."

Walton noted too that the idea of students preparing meals together is something she thinks also is important in terms of their lifelong eating habits. She is just coming off a sabbatical in which she has been working on a book for Christians about "coming back to the table," what she said she hopes will be a call for believers to resurrect the nightly family meal and to view shared meals in the church as important, necessary Christian practices.

In fact she hopes the small tastes of communal cooking that her class provides will carry over long past interim and even beyond the students' time at Calvin.

"I have been a little surprised," she admits, "by the general lack of cooking skills (in students). Many seem to have little working knowledge of serving sizes, recipe alterations and even the physical skills of cooking such as the proper way to use a knife or how to peel a sweet potato. So hopefully this class contributes not only to their understanding of nutrition and how our bodies process food, but also makes a contribution to some practical skills."

Walton was quick to add, however, that despite some lack of hands-on food skills, she has been encouraged by the students' approach to the topic of sports nutrition.

"They engage this material," she said, "and they know it's important. I think they actually like going home and trying new things in their own kitchens. My hope is that they'll become adept enough in the kitchen that they will proceed to spend a lifetime inviting the stranger and the non-believer to their Christ-centered tables." 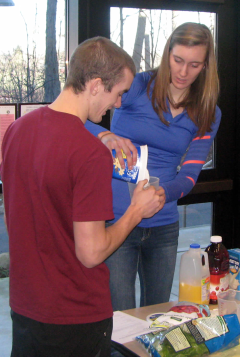 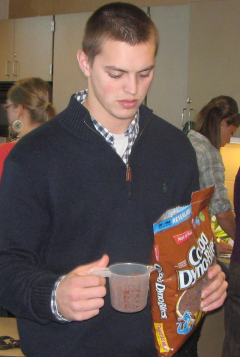