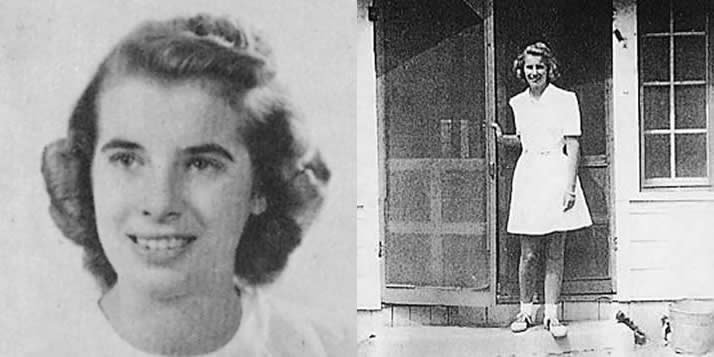 Kay Tiemersma championed women's athletics back when they were "small potatoes" at Calvin.

Though never an athlete herself, Kay Hager Tiemersma delighted in the prowess of others and was thrilled to see women’s athletics become a legitimate part of the Calvin educational landscape.

In 1947, Tiemersma took over the women’s basketball coaching duties from Bult, who was also the men’s coach.

“Girls’ basketball was very small potatoes in those days,” said Marjean Eerkes DeGroot, a player on Tiemersma’s first team. “I just remember her being very encouraging and patient; she did a very good job.”

Dave Tuuk, physical education professor emeritus and author of Maroon and Gold will Bind our Heart: A History of Calvin Athletics 1915-1953, concurred. “The team had both size and speed, and played nearly airtight defense,” he wrote. “Coach Hager (later Tiemersma) deserves much credit for her success in building this talented championship squad.”

The team was undefeated in the six-team City League.

Tiemersma, who had been named director of women’s sports at Calvin, returned to the helm the following year. The team posted a 7-3 record, and had a lot of fun, said Betty Vredevoogd Zwemer, who played forward.  “She knew the game better than we girls did, that’s for sure,” she said of Tiemersma.

The game was quite different back then, DeGroot noted: “We played half court with three forwards and three guards. We could only dribble twice, and then we had to pass. To us, it seemed just right. Now when I watch my granddaughters play, I don’t know how they do it.”

Tiemersma, who died in 1996, also founded the Women’s Athletic Association at Calvin in the last 1940s. The sole purpose of the organization was to promote sports for all women on campus.

“She was the main force in getting women organized to participate in activities against other schools,” said Tuuk. “She was a wonderful person for the cause of women’s athletics.”

Introduction of women's sports at Calvin