Festival of Faith and Writing 2012 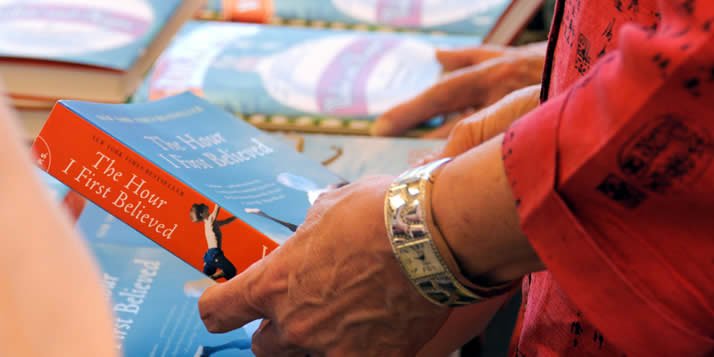 Senior English major Alicia Sheppard is “geeked” about the Festival of Faith and Writing: “Growing up in a conservative religious community that didn’t often promote open dialogue, the chance to have gritty conversations about faith and doubt and how they intersect with art is such a treat,” said Sheppard, a member of the student committee that helps run the Festival. “My Christmas list this year was chock-full of interesting books that I never would have read without the Festival. My mom, who also majored in English, used to assign summer reading lists to me, and now I’ve been able to enrich her reading with books I’ve encountered through the Festival.”

Nearly 2,000 writers, poets, and literary enthusiasts will descend on Calvin College’s campus for the biennial Festival of Faith and Writing from April 19-21, 2012. Drawing participants from as far away as China, the Festival provides a unique opportunity for dialogue about the role of faith in the life of writers and reader.

Writing in a faith context

According to Festival director Shelly LeMahieu Dunn, Festival authors “provide students with a model of what it means to be a writer in a faith context ­­— how to integrate faith with writing.” Many of the participating authors relish the opportunity to discuss issues of faith openly. While not all are Christians, they all grapple with faith issues as an aspect of their work.

This year’s plenary speakers, for which the public can purchase tickets, will include Marilynne Robinson, author of the 2005 Pultizer Prize winning book Gilead, as well as Jonathan Safran Foer and Chimamanda Ngozi Adichie, both of whom were featured in the New Yorker’s 2010 “20 Under 40” issue. Additionally, Calvin’s own Newbery Honor Award-winning professor Gary Schmidt and prominent activist Shane Claiborne will lead plenary sessions.

Coordinating the Festival poses a major logistical challenge. With around 100 authors to host and a myriad of activities, Calvin students volunteer to help make the Festival run well. Student committee members’ most important role involves shepherding their assigned authors around campus and ensuring their needs are met. For some students, this responsibility presents a chance to rub shoulders with some of the most well-known authors alive. For others, it’s a chance to discover a new favorite writer.

Sheppard has appreciated how the Festival shapes the curriculum and discourse within the English department. She explained, “In the English capstone course, each student chose a book from a Festival author to read and review in class.” Additionally, the department instituted a “One Festival, One Department” program this year, providing students with a free Festival book to read and discuss in a professor’s home.  And many faculty members are adjusting their course schedule during the Festival to allow student participation.

Started in 1990, the Festival of Faith and Writing has attracted internationally acclaimed authors such as John Updike and Maya Angelou as well as many up-and-coming writers.  The biennial “Festivities” reach beyond authors and poets to incorporate artists using their literary prowess in other ways. Graphic novelist Craig Thompson will display original drawings from Blankets and Habibi in the Covenant Fine Arts Center Art Gallery. Canadian singer and songwriter Bruce Cockburn will perform in concert and participate in an interview about his work. And on stage, the Calvin Theatre Company will present The Book of the Dun Cow, by Festival author Walter Wangerin Jr.

Conference registration is open until April 1. Full registration costs $195, $80 for students and Calvin employees, and several alumni scholarships are available. General public tickets are available for several events. For a full line-up of events, a schedule, and additional details, go to www.calvin.edu/festival. To purchase tickets, go to Calvin’s Box Office, www.calvin.edu/boxoffice. 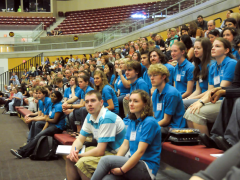 A sea of FFW student volunteers 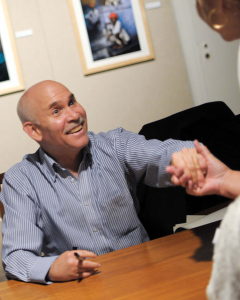