Festival of Faith and Music 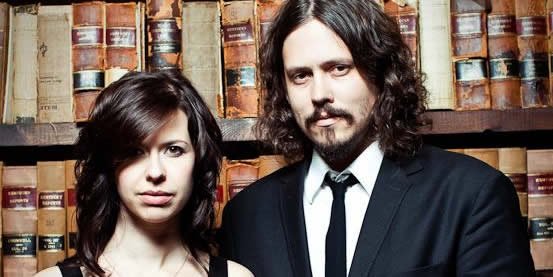 The Civil Wars is one of the headliners at this year's Festival of Faith and Music.

“We definitely borrowed the name,” admits FFM director Ken Heffner with a grin. “They had some capital, so to speak, and we wanted to take advantage of that. We discussed it with them, of course, but it was intentional on our part.”

But, Heffner added, his festival’s connections to the college’s long-established, successful writing festival extend much deeper than just the name.

So, said Heffner, while Tom Waits won't be on the docket at the fifth-annual 2011 FFM, to be held April 7-9 on campus, the event will provide great music, thought-provoking ideas and candid conversations about the intersections of faith and culture as expressed through music. Between 350 and 400 people are expected to attend this year’s festival, which, in addition to performers, features keynotes, seminars and workshops.

Heffner's especially excited about a first-time festival artist: Shara Worden, who will both perform in concert and also deliver a keynote address.

“It's often tough,” he said, “to get artists to even do a workshop. Often times musicians—this is not their strength. To get an artist to do both a keynote and a concert is pretty unique.”

But Worden, whose band, My Brightest Diamond, has played at Calvin before is an unusual artist said Heffner.

“She has a bachelor's degree in opera, first of all. She's composed music for off-Broadway theater productions. She’s performed on other artist's albums, including Sufjan Stevens.”

Worden’s talk at Calvin is called “It’s Revival Time” and features her dressing up and impersonating her traveling evangelist, guitar-playing grandfather, the Rev. Kenneth I. Wright, who hosted revival meetings across the U.S. from 1935 to 1989. Worden gives a short account of her grandfather's life, said Heffner, but a long account of what he taught her on the subject of the power of the voice and its ability to create.

Matisyahu, said Heffner, is equally interesting: a Hasidic Jew with a full beard, who, early in his career performed in a black suit and broad-brimmed hat and now brings together traditional Jewish themes with reggae, rock and hip hop.

Another group getting good buzz leading up to the 2011 FFM is The Civil Wars, the duo of Joy Williams and John Paul White. Heffner booked them in 2010, prior to a January 2011 performance on the Leno Show and an adoring tweet about their music by Taylor Swift—both of which vaulted the two-person group into viral video stardom for their performance of their song, Barton Hollow (now at 60,000-plus views on YouTube and Vimeo.)

“Musically they are absolutely amazing,” Heffner said. “Their voices together, they just pop. But their backstory is also interesting. Joy was offered a CCM recording contract at 15 ... She got pretty popular in the CCM world, but she also felt frustrated and constricted. So she left it. She's excited about coming to the festival. She heard about us by reputation and said ‘I gotta get to this place.’ I think in many ways this (festival) is scratching where she itches."

Musical artists who perform at Calvin find an unusual atmosphere when they come to campus Heffner said:

“There's an intellectual tradition here that they can tap into. They're maybe not going to pick up on all the nuances of that the first time they come here—I mean, they're not probably going to pick up a Herman Dooyeweerd book—but the longer their relationship is with us, the more they find out there's a place doing what they're trying to do and that place has a theology that supports it.

“We're not just appropriating culture here. We want to help students engage with popular culture and to discern both its positive and negative messages. Historically Calvin has tried to develop alternatives to the separatism of fundamentalism and the accommodation of liberalism. We’re coming at culture with the idea of ‘Holy Worldliness’ in mind, which seeks to be both holy and worldly simultaneously … For many artists we bring in, what we're trying to accomplish here is fascinating and appealing.”

The Festival of Faith and Music began in 2003 and has continued every other year since then. This, however, will be the first in Calvin's newly renovated Covenant Fine Arts Center and Heffner is looking forward to the new digs with eager anticipation.

“Space matters,” he said, “and the new CFAC is going to be a great space for the festival. It’s a great hub, there's great common space, the new art gallery is going to be a draw for our attendees and it's a killer sound system in the auditorium now. This is still a music festival and this year the music will sound even better than ever. We’re excited.”

Registration for the entire 2011 FFM is still open. Adult registration is $125; students are just $75 (or $25 for Calvin students). All of the concerts are included with the festival registration price, but some tickets are also available for general sale for those not attending the festival.

As part of its mission to educate the next generation, the student activities office will also host a free pre-conference event—co-sponsored by Calvin’s Institute of Christian Worship and the college’s congregational and ministry studies department—just for youth leaders, an event in which Canadian pastor John Van Sloten, author of The Day Metallica Came to Church: Searching for the Everywhere God in Everything, will lead an afternoon discussion on helping youth discern how music can support and nurture their faith.