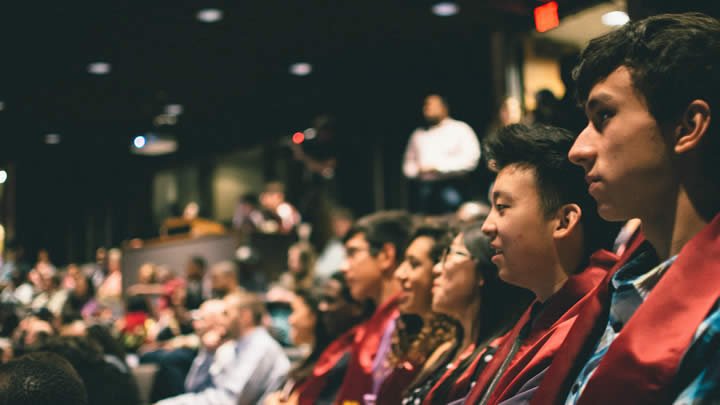 Ana Estrella and Hannah Lim may be incoming freshman, but when they start their first year at Calvin in a few weeks, they won’t be asking for directions to classes. In fact, at a recent freshman orientation, Estrella even found herself giving directions to other students.

Estrella and Lim were two of the more than 70 students who graduated from the Entrada Scholars Program in a special ceremony in the Gezon Auditorium on July 18, 2014. Entrada is a month-long program that gives racial and ethnic minority high school students an opportunity to experience college life by living in Calvin’s residence halls for a month while completing a three or four credit college course.

Attending Entrada not only gave Estrella and Lim plenty of time to master the layout of Calvin’s campus, but also a much better idea of what to expect when they come to Calvin as full-time students in a few weeks. Estrella was surprised by how hard the coursework was for the Greek mythology course she took:

“I had heard people say, ‘oh, college is so easy—much easier than high school’—but it’s a lot more work than I thought, and it’s a lot harder to balance my time than I expected.”

While Lim wasn’t as surprised by the academic challenge of college, she feels more prepared to face it in the fall. In particular, Lim improved her time management skills during her time at Entrada because of the stricter rules.

“I learned to manage my time better because of curfew and limited computer access,” she explained.

Entrada students aren’t allowed to bring personal computers, so they had to share five desktop computers and five laptops to get their work done. Because of the curfew, Lim couldn’t stay up late finishing papers, so she had to use her time wisely.

Seeing how much time college courses require has also inspired Estrella to work on her time management skills.

“Entrada helped me realize that college is difficult, and the work is time consuming, Estrella said, “so I am definitely going to try not to overbook myself.”

Although the academic work kept them busy, Lim and Estrella both noted that the program wasn’t all work and no play. When they weren’t studying, they enjoyed outings to places like Lake Michigan and Michigan’s Adventure, as well as games and activities on Calvin’s campus.

For Estrella, getting to know others through these activities was one of the highlights of the Entrada program:

“My favorite part of Entrada was the social outings,” she said. “I just loved interacting with everyone and getting to know people.”

“It was interesting learning how people felt about racial identity and thinking about what it actually meant for me.”

Lim appreciated the chance to try out different churches in the Grand Rapids area during Entrada.

“Attending different churches in the Grand Rapids area was a great experience,” she said. “The last church that I attended at Entrada was called Victory Life. I really enjoyed the service as the sermon was unique and powerful.”

While Lim and Estrella were sad to see Entrada come to an end, both are excited to start school in the fall.

“I am looking forward to starting my classes, meeting new friends, seeing my friends from Entrada, being part of the Calvin music program and growing in my spiritual life,” Lim said.

“I’m most excited to meet people. I love getting to know people from all over and from all different backgrounds,” said Estrella.

Lim plans to study speech pathology, while Estrella is considering a major in recreational therapy. 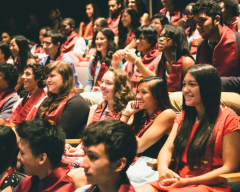 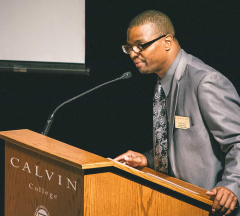 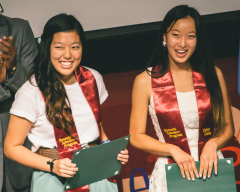