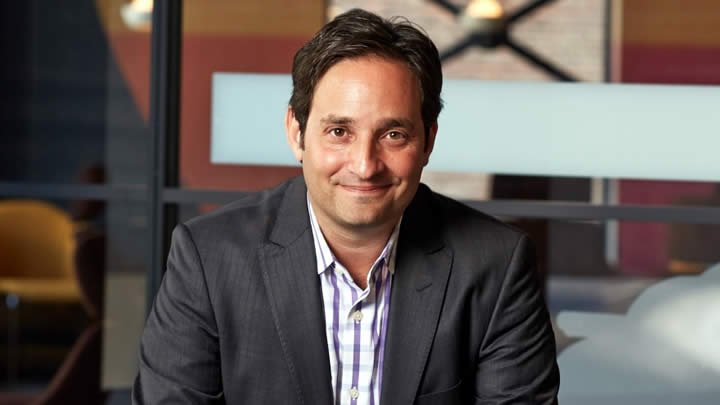 Josh Linkner will speak at The January Series on Wednesday, January 14, 2015.

Calvin College is excited to announce a new addition to its impressive 2015 January Series lineup. Josh Linkner, the founding partner of Detroit Venture Partners, will be speaking on Wednesday, January 14, 2015, at the college’s award-winning lecture series.

Linkner, a New York Times bestselling author who has been named “Detroit Executive of the Year,” the region’s “CEO of the Year” and “Michiganian of the Year,” is a driving force in Detroit’s comeback. Linkner is helping to rebuild his hometown of Detroit by backing passionate entrepreneurs who can make an impact through their own innovative ideas. His talk on Wednesday, aims to energize audiences with the power of possibility. It’s also a cautionary tale of how Detroit, once a birthplace of innovation and a vibrant city, succumbed to the evil forces of protectionism, blame and bureaucracy.

“Josh loves the city of Detroit and is committed to helping that city reinvent itself,” said Kristi Potter, director of The January Series. “And that idea that we need to constantly reinvent ourselves is something that we can learn from and apply to our cities, to our businesses and to our individual lives.”

Linkner’s addition to The January Series comes a couple of days after Chicago’s longest serving mayor Richard M. Daley decided to pull out of the series citing health concerns. This would have been Daley’s first public speaking engagement since he suffered a stroke a year ago.

“We were looking forward to his participation in our 15-day lecture series and had no idea that we were the first appearance for him in more than a year,” said Kristi Potter, director of The January Series, upon learning of his decision to pull out. “We were flattered that he chose our program at which to speak and are sorry his health is not back to where he wished it would be at this point. We wish him well in his recovery.”

Potter says that it is extremely rare for a speaker to cancel from their program. Since the program started in 1988, Potter recalls only a couple of times that speakers have canceled due to health concerns and weather-related issues. But, Potter says that what Linkner will talk about draws some parallels to what she was hoping to hear from Mayor Daley about what big cities need to do to keep from decay and how they can constantly reinvent themselves to keep up with a rapidly changing world.

The January Series lectures can be viewed live at Calvin College’s Covenant Fine Arts Center Auditorium at 12:30 p.m. EST every weekday through Tuesday, Jan. 27. The series can also be viewed live at more than 40 remote webcast locations throughout North America or can be listened to live online.