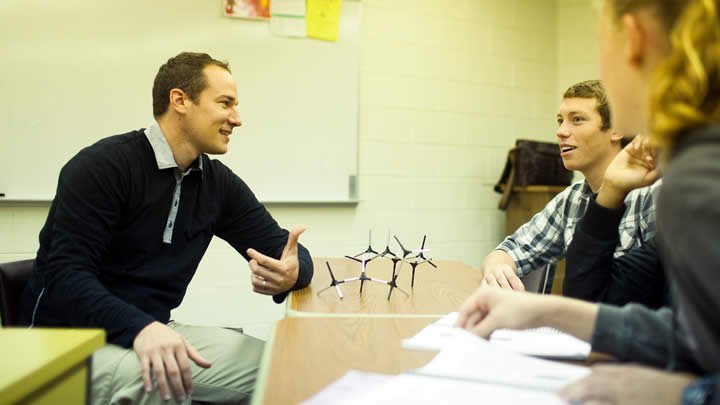 The envelope was thin.

But as the Calvin chemistry professor opened it up, he read a letter congratulating him for his selection to the Henry Dreyfus Teacher-Scholar Awards Program—a first for a Calvin professor.

“It’s a tremendous honor, probably one of the premier awards in my field—being a chemistry professor at an undergraduate institution.”

The chemistry department submitted Vander Griend’s name for the award. Each institution can only recommend one faculty member each year, and he was previously nominated in 2010.

Vander Griend, who began his teaching career at Calvin in 2002, is one of just seven faculty members nationwide to receive the award, which is open to all academic institutions that grant a bachelor’s or master’s degree in the chemical sciences. The award is open to full-time tenure-track faculty between their fourth and twelfth years of their academic careers and is based on accomplishment in scholarly research with undergraduates, as well as a compelling commitment to teaching. The award comes with an unrestricted research grant of $60,000.

“One thing I put in my proposal was if you provide funding, I’ll pay students, I’ll teach them research, then we will go to national meetings and they will see what happens at the end … This is how chemistry moves ahead, everyone doing their own projects and then you put it all together,” said Vander Griend.

A commitment to students

And the way Vander Griend plans to use the funding will have direct benefit to students. He plans on purchasing some new equipment for undergraduate labs at Calvin, setting aside money to fund summer research opportunities and using some of the money to pay for students to attend national meetings, like the American Chemical Society meeting that Vander Griend and three students are currently presenting their research at in San Francisco.

Vander Griend’s main area of research is in inorganic chemistry working with what he likes to call “molecular tinkertoys.” Mark Muyskens, chair of Calvin’s chemistry department, says Vander Griend’s desire to make students partners in this research makes him a great fit for this award. Since 2008, Vander Griend has had 18 different undergraduate students as co-authors on 15 research papers.

“I think his strengths lie in motivating students through his own enthusiasm for chemistry, his ability to communicate chemistry concepts to all levels, and his commitment to helping his students succeed.”

A commitment to research

It’s a commitment that Muyskens says he’s proud to say is common in the chemistry department at Calvin.

“Just about everyone in the department is here for ten weeks in the summer working with students,” said Muyskens. “It’s a big deal, it fills a lot of our summer and it’s a lot of fun working with the students. It supports something that’s a real core thing that we do in the chemistry department and it helps everybody.

“If you aren’t doing research or scholarship in the sciences you are slowly becoming irrelevant. So to be part of the humanity that’s trying to learn much more and keep up with things is exciting. Education has to keep up with the real world,” said Vander Griend. “I’m ever thankful that Calvin allows it to happen, promotes it, has programs in place to facilitate it. It’s a huge deal for those of us who do it and the impact we have on the individuals and the institution is substantial,” said Vander Griend. “And those are all the side benefits, the research itself has tremendous value to society as well.”

Vander Griend has now received seven external grants totaling more than $500,000 during his time at Calvin, including a pair of grants from the National Science Foundation and a pair from the American Chemical Society. He is also the co-inventor of six U.S. patents related to sun responsive windows that tint when hit by sunlight. In 2012, Vander Griend was featured in The Princeton Review’s Best 300 Professors. 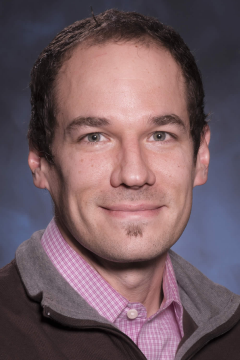