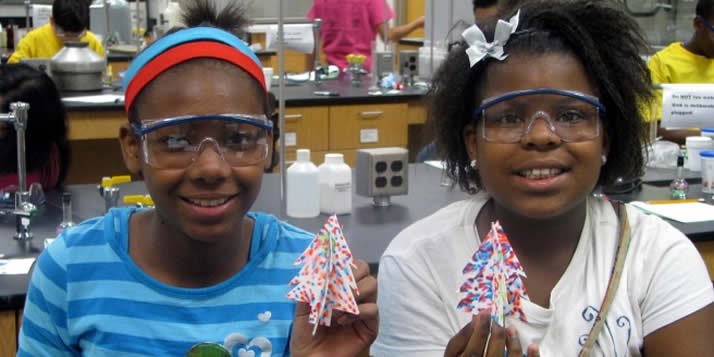 Last week, 24 area middle schoolers attended a Christmas camp at Calvin, and each of them left with three homemade ornaments. One was a wire sporting two white and one red fuzz-balls. The other was a paper Christmas tree spattered with colorful ornaments. The first represented a water molecule. The second was an experiment in chromatography. The students had used Sharpie markers to decorate their trees—cut from chromatography paper—and dripped a drop of isopropyl alcohol on each doodle; the reaction of the two compounds had separated the marker colors.

The first Christmas chem camp also had a non-holiday theme: all of the experiments were based on the molecule of water. “It was interesting to come up with experiments around a specific theme,” said Ola Alabi, the sophomore biochemistry major who ran the Christmas camp. “The kids had fun.” Some of her charges had dealt with chromatography before, she admitted, during the summer chemistry camps, which Alabi also ran. “The new kids were impressed by it,” she offered.

The Christmas camp, funded through a grant from the Grand Rapids Community Foundation, was designed to encourage minority students to develop an interest in science. Louters is so pleased with its success, he plans to include it in the regular schedule of chemistry camp offerings. And he hopes to expand it to include a high school audience. When making science attractive, repetition is key, Louters said: “It’s important to engage these students in science programs more than one time.” 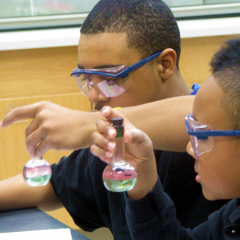 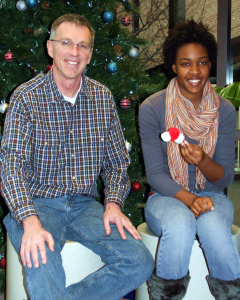