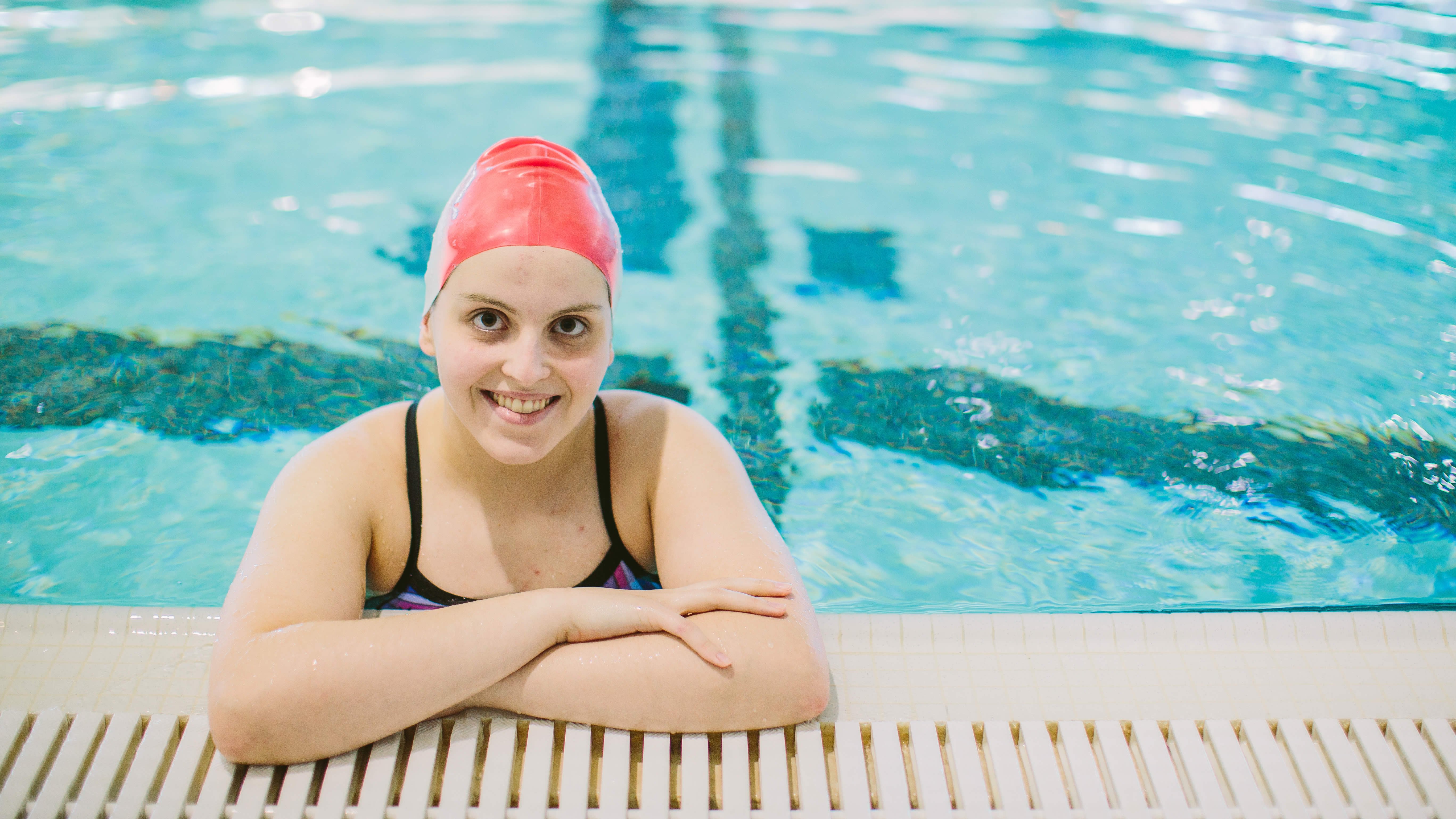 At the stroke of midnight on March 23, Nydia Langill received the e-mail that would bring her to the height of her swimming career so far. It carried the news that she had been selected to compete for Canada in both the Parapan American Games and the World Championships for para-swimming.

In the excitement of her accomplishments, Langill, a sophomore strategic communication major at Calvin College, is quick to keep things in perspective. “It’s definitely exciting and I want to appreciate it and take it all in,” she said, “but at the same time I don’t want to freak myself out about it. I just want to treat it like any swim meet. I always tell myself that all I can do is do the best that I can.”

This is exactly what she has been doing since she first entered the pool for physical therapy as a child.

From therapy to competition

Born nine weeks pre-mature, Langill was diagnosed with a mild form of cerebral palsy, which causes muscle weakness in her legs. After two successful surgeries (at five and seven years of age) to straighten the bones in her legs, Langill learned to walk again in a swimming pool. Her physical therapist recommended that she continue to swim as it was the best exercise that she could do.

Para-swimming is a sport for individuals with physical disabilities. “At age nine I started competing and I realized that it was something that I could do and I liked it,” Langill said. “Life’s been really interesting since then.”

After swimming with a few different teams around her Mississauga, Ontario home and then with four different personal coaches, Langill found Craig Mortimer, the coach that she’s been with since she was 16. “When I started working with him I was a pretty average swimmer and he’s turned me into a great swimmer, and I still have a lot to learn,” Langill said. “Instead of seeing the problem, he focuses on the potential and what I can do.”

To help swimmers reach their full potential, Mortimer stresses the importance of attention to detail. “I look at the biomechanics of movement and design a stroke that works best with the physical abilities of the swimmer,” Mortimer said. “When you factor in that Nydia is very dedicated and disciplined, that’s the icing on the cake.”

Though Langill goes home to Ontario to train as often as school permits, she does much of her training on her own at Calvin, so discipline is key. She can be found as many as six to eight times a week training in the college’s Olympic-sized pool and weight room.

Because of the distance, her training is not a traditional process. “Every day, my coach will send me a workout via e-mail and I’ll print it out and go to the pool to do it. Then I report back to him and the same thing happens day after day, Monday through Saturday.”

“We’re making the best of the situation and she follows the workouts really well,” noted Mortimer. “Her dedication trumps the challenges of being far away. She’s very easy to coach. And now I’m beginning to see the drive coming out in her, now that she’s reaching those dream goals.”

Had you told Langill earlier in her career that she would be swimming at Worlds, she would have laughed. But that doesn’t mean it hasn’t been a dream of hers. “Ever since I was a young girl it was always my goal to wear Canada’s cap. I always thought that would be the coolest accomplishment.”

She reached that goal last year when she swam on the national team in the Pan Pacific Championships. “I got to stand there and feel what it was like to finally wear that swim cap with the red maple leaf on it. It was such a cool feeling,” Langill said. “Now I’m excited that I get to do that two more times.”

The World Championships take place in Glasgow on July 13-19. After a short break of competition, Langill will get to wear the red maple leaf again, this time at home, as Toronto hosts the Parapan Am Games August 7-15.

“I leave it in God’s hands. I trust him with the outcome. The same God that made these arms and legs of mine can cause my fingertips to touch the wall.”

Without getting too ahead of themselves, Langill and Mortimer also have the 2016 Paralympic Games in Rio on their minds. Langill said, “Who knows, I may make it, I may not, but at least I know today that I’m a lot closer to the time standards than I ever thought I would be. It’s possible! Not a given by any means but I’ll believe in the possibility.” 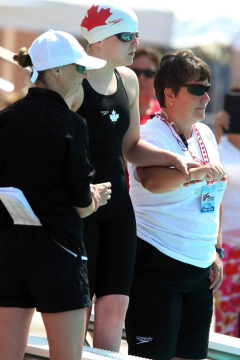 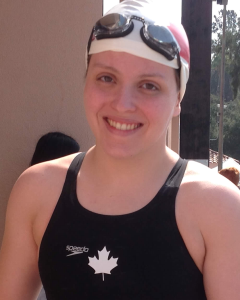