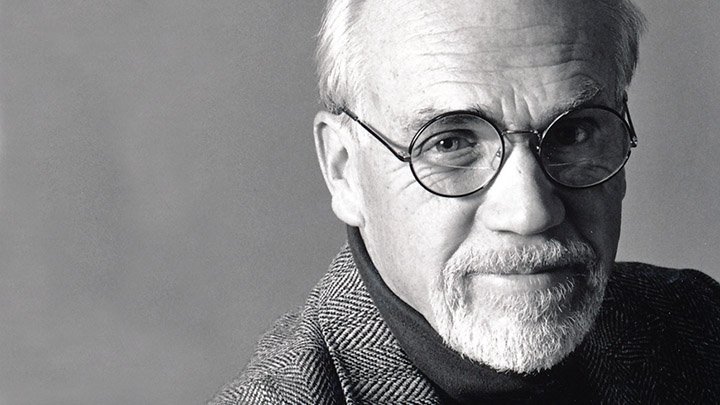 Peter De Boer, a longtime educator at both the high school and collegiate levels who spent three decades as a member of the Calvin College education department, has passed away of natural causes. Born Dec. 22, 1929 in Prospect Park, New Jersey, he had just celebrated his 87th birthday last month.

De Boer, a 1951 Calvin graduate who held two master's degrees and a doctorate in the history of education from the University of Chicago, taught both history and English at the high school and collegiate levels before joining Calvin's faculty in the fall of 1962 as a member of the history department, coming to the college after five years at Dordt College in Iowa, the home state of his wife of 64 years, the former Joy Kosters.

After one year at his alma mater he was encouraged by then-President William Spoelhof to join the Calvin education department and consider graduate study for a PhD. He did not turn down his president's request and left for the University of Chicago in the summer of 1964, returning to Calvin in the fall of 1966 and completing his doctorate in the spring of 1968.

In 1993 he was a contributor to A Vision with a Task: Christian Schooling for Responsive Discipleship. A decade before he wrote a monograph for the college called "Shifts in Curricular Theory for Christian Education." In the introduction to that piece he noted that "North American Calvinists associated with the Christian Reformed Church have always taken education seriously."

De Boer, himself a North American Calvinist, was no exception. He served for many years on area Christian school boards, but he also ran successfully for the Grand Rapids Public School Board in the early 1970s and served a trio of three-year terms on that board from 1972-1981. He also served as an adviser and on the board of the now-defunct Jordan College for 20 years.

"My father discussed education all the time," recalled his son, Peter De Boer. "He loved it. He shared stories about good teachers he had met, he loved to travel to different schools to give lectures. Even to his weakest last few days, he made sure we had 'lie, lay, lain' correct, along with the right ways to use 'I and me.' When I was a kid I helped him distribute flyers for the public school board elections, and we would watch the returns on TV 8 and celebrate his victories as a family. Those were great times. Yes, education was freely and often discussed at home."

Former Calvin education professor Arden Ruth Post remembered De Boer's love of education as well, but also remembered him as a caring colleague. "On a personal level," she said, "he was always kind and courteous. Professionally, I saw him as appreciative of colleagues and their scholarly work, interested in their work without being competitive."

Calvin was a significant part of De Boer's life for more than half a century, going all the way back to the 1940s and his undergrad days when he and his fellow students would make the long drive back and forth between Michigan and New Jersey, 750-plus miles on two-lane roads, back before the interstate highway system was built.

"During his school days," Peter De Boer said, "dad made those trips with a fellow student whose car needed another quart of oil approximately every 50 miles, but they made it back and forth."

In his two decades of retirement, De Boer, an educator but also a lifelong learner, stayed busy.

Scott Hoezee, director of the Center for Excellence in Preaching, served as De Boer's pastor as the minister of Calvin Christian Reformed Church in Grand Rapids, the church the De Boers called home for many years.

"Peter stayed very active after his Calvin College retirement," Hoezee said, "singing in the choir and singing solos, writing memoirs, traveling. He served as an Elder and was active on the Worship Committee at the church too. He has a great family, and he will surely be missed. He and Joy were pillars of Calvin CRC for a long time."

Music, particularly choral music, was an important part of De Boer's life going back to his first year at Calvin when he joined the A Cappella Choir, a group he sang with for four years. He also sang with the college Oratorio Society and was its student president in his junior year. And he and his wife met on a Calvin choir tour led by conductor Seymour Swets. Later in life he sang with the Calvin College Alumni Choir, the Grand Rapids Chamber Choir and the Grand Rapids Choir of Men and Boys, doing occasional solo work with all three.

Calvin basketball was another big part of De Boer's life. "We had to tell him about Calvin's latest win even the day before hospice care started," said his son.

De Boer also was a member of the Calvin Academy for Lifelong Learning, a Learning in Retirement Institute, and served CALL in numerous capacities, including as a program chair and an instructor, teaching "Why Christian Education? A Century of Answers." In retirement he also wrote Peaches and Other Stories About Coming of Age in Prospect Park, a small paperback on his childhood in New Jersey.

Funeral and visitation details can be found here.