Doug Kok (1960-2013) was a transportation technician for Calvin’s physical plant who passed away on Monday, Nov. 18, from cardiac arrest while working on campus. Kok, 53, leaves behind his wife of 32 years, Carol, his children, Jeremy (Alexanda) Kok and Lindsey (Justin) Pullen, and his grandson Jacob Kok.

“[Doug was] faithful and loyal, husband and father,” Rev. Kok said in his eulogy. “A hard worker; 24 years worth here at Calvin. Big heart. Anyone that needed something fixed or changed, anything electronic or mechanic, he could do it, he could fix it.”

A servant at heart

Stories and memories about Doug Kok’s helpfulness and goodwill abounded.

“I heard several stories from people who said, ‘Doug, this is going on with my car, or something in my office, or this or that,” Rev. Kok said. “He’d show up and take care of it.”

Many of Kok’s fellow workers at Calvin will remember him for his handiness and willingness to help others.

“You’d have something wrong and be struggling with it, and ten minutes later he’d be out there helping you with it,” said Ted Koopmans, a building services supervisor at the physical plant.

“Doug was just such a helpful guy,” said Robert Van Wyk, mail services supervisor. “Anything you needed he would make it work for you.”

Simon Bennett, a building services supervisor at the physical plant, recalled a recent story about Doug helping a fellow Calvin employee who had car trouble.

“We had a lady from Creative Dining, just the other day, Patsy, who was saying that she would bring her car over to Doug and say, ‘look, this happened [to the car] today, do you think it will get me home?’ and [Doug] would say yes or no, and help her out,” Bennett said. “He was just that type of guy, he would stop what he was doing and help you.”

“He was a very good mechanic and he was a very gifted metal fabricator,” said Phil Beezhold, director of Calvin’s physical plant. “He just recently built an elevator by himself for the Scene Shop here at Calvin, very gifted and creative… . It was very impressive to watch him do that stuff... . He planned it all, put it all together.”

Rev. Kok began the memorial service by reading Psalm 46. Near the end of the service, he exhorted others to follow Doug’s example of benevolence.

“Doug is in His hands,” Rev. Kok continued, “and there is no better place to be than in the hands of God… . And to know this God, and His grace and presence in the person of Jesus Christ, is the most glorious thing.” 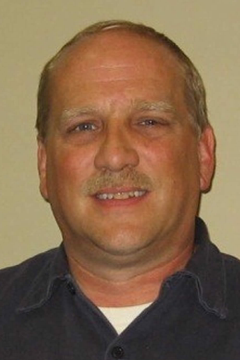