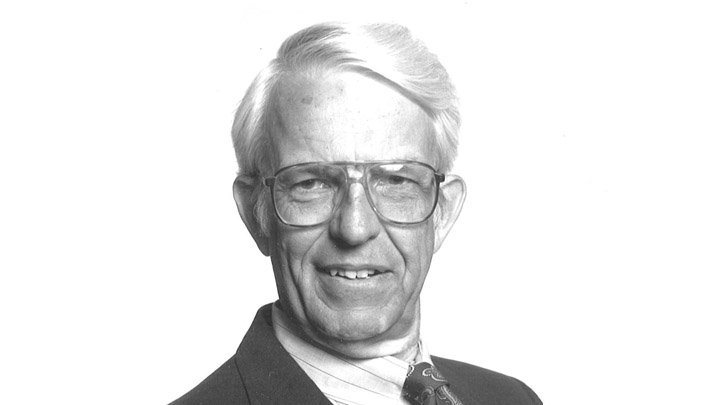 Al Bratt was an explorer. He was constantly learning something new about God’s creation. And he loved sharing these experiences with his students. Whether introducing students to unique creatures in a lab in DeVries Hall or trudging through swamps and fields as students identified insects, for 39 years Bratt helped Calvin students fall in love with the natural world.

“The best was when he brought in marine creatures that most of us had never heard of (let alone seen!),” said Elisabeth Hunt, a 1988 Calvin grad.

Hunt worked in one of Bratt’s labs as an animal caretaker. She had a front row seat to witness his enthusiasm for the animal kingdom.

“I remember he’d stroll in where I was working, ubiquitous sucker in his mouth, and announce ‘The shipment’s coming tomorrow.’ That was my warning that I had about 12 hours to set up individual tanks for a couple dozen amazing animals.”

Bratt opened up doors for students to study invertebrate zoology, animal diversity, ecology, and entomology at Calvin. He even led interim courses in marine biology and parasitology. But, for all the doors he opened for students, it was his physical office door being open that meant the most.

“Al was a friend to students,” said John Ubels, biology professor emeritus who was a student of Bratt’s and was a colleague of his for one year at Calvin. “His door was always open, and he hung out in the labs and halls with us chatting and laughing.”

And with proximity, comes familiarity. And there was one thing in particular about Bratt that it didn’t take his students and colleagues long to pick up on.

“His dry sense of humor was delightful,” said Ubels.

“It often took a few moments to realize that he had said something really funny,” said Lori Keen, who has worked at Calvin since 1985, currently serving as the university’s lab services manager. “I remember having to proctor a final exam for him. He gave me a written prayer to read before the final. I recall that it included a prayer that the exam results would reflect the effort of the students. I think I heard a few groans from the class.”

And his influence extended to his field more broadly. He was an active member of the Michigan Entomological Society (including serving as its president for a term), the Society of Systematic Zoology, the AIBS, and he was an associate member of The Society of Sigma XI.

Bratt, who was known as Calvin’s “bug specialist,” leaves a deep legacy: one that shows much respect and admiration for God’s creation, a great love for his students and colleagues, and an insatiable curiosity for the natural world.