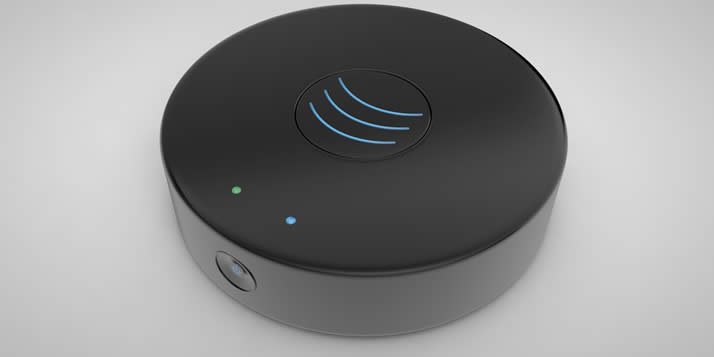 Übercaster is a portable, relatively inexpensive device that uses Wi-Fi to transmit sounds coming from a microphone, iPod, TV, or other instruments to smartphones in real-time.

Calvin 2013 alumnus KJ Yoo didn’t always see himself as an entrepreneur. It wasn’t until a friendship sparked between him and an entrepreneurial Calvin peer, Adam Bratt, that he started thinking seriously about entrepreneurship as a career direction.

“Adam is a talented guy who learned to program at age 13 and started his own business at 16, eventually employing several other programmers and landing contracts throughout the U.S.” explained Yoo. “Adam’s ability to generate ideas and execute them served as a model to me.

“Adam and I were known to come up with crazy ideas during college,” said Yoo. “Most of them fizzled, but they were important in learning how to vet an idea, testing it out to see if there’s value.” At a start-up weekend hosted by The Factory—a trendy space in downtown Grand Rapids designed for collaboration—the two collaborated with other entrepreneurs, generating and developing ideas. The start-up they developed together called Proxima—an app that utilizes commuters' GPS locations and speed to let them order ahead at restaurants down the road so that when they arrive their food is ready—won second prize.

While the pair decided not to pursue Proxima, the experience of vetting ideas with other people proved invaluable. “I don’t value ideas on their own,” stated Yoo. “It’s all about execution. Get your idea out there and see how people react to it.”

Yoo has been doing just that with his current project, Übercaster, and his company, Echos Design. Created as an engineering senior design project, Übercaster is a portable, relatively inexpensive device that uses Wi-Fi to transmit sounds coming from a microphone, iPod, TV, or other instruments to smartphones in real-time.

“Think of it as a device that empowers anyone to be a local broadcaster to anyone, like your own personal radio station anywhere,” explained Yoo. Through getting the word out to local entrepreneurship incubators, he has garnered community support for his start-up. In October, Start Garden awarded Yoo a $5,000 grant, and Varnum’s Michigan Spring Board program provided him with $2,500 worth of free legal counsel.

Yoo developed the idea behind Übercaster in 2009 while on a year-long language study in Marburg, Germany, through Calvin. In his spare time, he busked on the romantic, winding streets of the old German town, playing his violin for anyone who cared to listen. He noticed that some passers-by wanted to stop and hear, while others preferred not to. “I thought there must be a way to broadcast my music to those who wanted to hear it,” stated Yoo, “so I went online and researched ways of doing that. I discovered that FM transmitters were complicated and expensive, and I thought there must be a simpler way of broadcasting.”

After conducting more research, Yoo determined that the proliferation of smartphones created an opportunity to broadcast over Wi-Fi much more simply and affordably. He ran the idea past some other people who agreed, and the vision of how the system could be used kept growing: in sports bars so customers could select which TV’s sound they wanted to hear, in churches so people with hearing loss could tune in easily, as a translation service, by tour guides and more. Yoo shared his vision with peers at Calvin, and a team of four engineering students decided to pursue it for their senior design project.

Giving it a go

While the other three Calvin students moved on from the project when the class was complete, Yoo decided to make a go of it. “I approached my senior design project wanting to make something that would be feasible to market, and that’s just what I’m doing through my business, Echos Design, and our product, Übercaster.”

In order to bring his product to market, Yoo has partnered with Tiger Studio in Zeeland, Mich. Together, the group will go to the Consumer Electronics Show in Las Vegas in January to talk about the product and garner support from the electronics industry. Yoo also plans to present again to Start Garden in January, this time seeking a $20,000 to $50,000 investment.

The entrepreneurial lifestyle is exciting to Yoo. “I like agile living, changing direction and being flexible, making plans but allowing those plans to change.” Yoo’s flexibility stems from his lifestyle growing up; moving multiple times between South Korea, Michigan, Virginia and Germany provided him with the ability to adapt easily.

Yoo would like to see the entrepreneurial spirit bloom at Calvin College. “While I was at Calvin, professor Bob Medema nurtured my ideas and served as a really good role model,” said Yoo. “I think Calvin does a great job at developing well-rounded people – for example, engineers who are not just good at math and science, but who have studied philosophy, learned how to give a good oral presentation and developed their writing skills. These are just the kind of people who can excel as entrepreneurs if inspired and guided in that direction.”

Calvin students who are interested in entrepreneurship or looking for advice are welcome to contact Yoo through Facebook. He also encourages Calvin students to participate in the upcoming start-up weekend in downtown Grand Rapids, January 17-19, http://weekend.workthefactory.com. 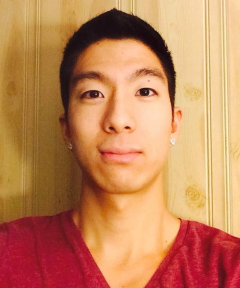