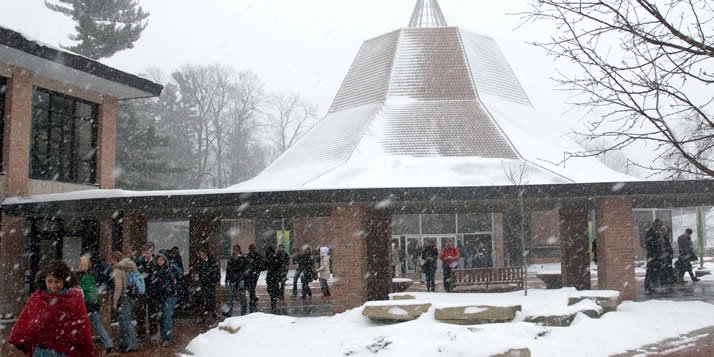 In the weeks before Christmas, coordinator of worship Cindy de Jong plans Calvin chapel services around the season of Advent. Here she talks to Allison Graff from communications and marketing about the significance of Advent during a busy time of the year at Calvin.

In the weeks before Christmas, coordinator of worship Cindy de Jong plans Calvin chapel services around the season of Advent. Recently, de Jong reflected on the significance of Advent during a busy time of the year at Calvin.

Many people associate the word “Advent” with fun calendars and Christmas carol sing-alongs. Can you describe what Advent is beyond these things?

The word Advent points to coming—something arriving. And what we’re centered on during Advent is the coming of Christ. It’s a season of four weeks leading up to Christmas preparing for Christ’s coming… . It really points to three comings. It’s not just Christ coming at Christmas when the Word became flesh … but it’s also preparing for Christ coming again. It’s this heightened awareness of the in-between time that we’re in—the already, but not yet. Christ has come already, but the kingdom has not been completely fulfilled yet until his return. Then there’s a third coming, which is Christ coming into our hearts. I think in worship, that’s always a part of what we focus on and maybe during Advent we focus on that less than on Christmas and Christ’s coming again.

What do the colors of Advent mean?

Purple is the color for Advent and Lent because they’re both penitential seasons. And it points to the kingship of Christ as a royal color.

Is Advent a season typically celebrated in the Reformed tradition?

When I was a young child, we didn’t celebrate Advent. I don’t think any Reformed churches did. It was more Catholic, but more and more Protestant churches are embracing it because this liturgical year is this circle of rehearsing the narrative of the life of Christ. So you start with the season of Advent, preparing for Christ’s coming, and then you go into Christmas. And then in Epiphany, the Light goes to all nations with the coming of the Magi and the star appearing. Then we have some Ordinary Time, which is just a growing season, and then we have Lent, where we’re preparing for the celebration of Easter. Both the seasons of Advent and Lent are introspective—seasons of penitence. And then there’s Eastertide, Pentecost and then more growing time. That whole cycle of the liturgical year is something that Protestants are more recently recognizing as something that is very helpful for us. I wouldn’t say that all Reformed churches do it. I would say more and more do.

How do you plan Advent worship services to help students, faculty and staff during this busy time of year?

There are a couple of things that help. One thing is that we don’t go straight to the Christmas carols, but we do sing some of those songs that arise out of the Psalms and the Prophets: “O Come, O Come Emmanuel” and a song like “Wait for the Lord, His Day is Near,” which comes from Psalm 40. We make space for that emotion of waiting. It’s a season of self-reflection, of looking inward to examine yourself so that you are examining whether you are ready for Christ’s coming again. We make space for confession—which is always part of our services—but confession during the season of Advent as we wait for the coming of Christ, can take on a whole new meaning.

Also darkness and light are strong themes of this season in our worship. It so often happens that there are really hard things going on in people’s live during November and December. When you’re looking forward to the coming of Christ, instead of just thinking about the celebration of Christmas with all the gifts and so forth, you get this stronger sense of comfort in the dark times than if it’s all just about buying presents for each other. Because Christ’s coming again is what gives us hope, even if we’re sick or if we’re at the bedside of someone who’s dying. If it’s not just about “Joy to the World” only, but also “O Come, O Come Emmanuel,” then you’re given more comfort and peace and hope.

Maybe there are always illnesses and accidents throughout the year, but because we really just want to be happy and be with our families, maybe the grief weighs on us differently at this time than at the other times of the year. But I think in some ways there’s more space for it, for worshiping through it during Advent. So many Advent messages, like “Comfort, Comfort Ye My People“ speak so directly to a people that are longing for a Savior to come and lift them out of darkness into light.

You recently incorporated the reading of the Christmas story “The Christmas Miracle of Jonathan Toomey” into a chapel service. Why did you decide to do that?

We’ve used it a couple times before, and I always look for another [book to read], but this one has underlying grief to it. One of its characters lost family members. It’s about his coming through the darkness and loneliness of his grief and having other people enter his life and him kind of opening up again to life and delight. So that’s one strong theme in it. It has the Christmas story as a subtext to it, but it’s a very human story, and it’s got the dark and light, and it’s not too sentimental where many children’s books today are. And it ends with joy.

I think it’s good for us all—for students and staff and faculty—to just come in and let all of that stuff that we’re so busy with just be set aside for a moment and listen to a story that’s going to feed our spirits… . I think we all can be children again in this season. 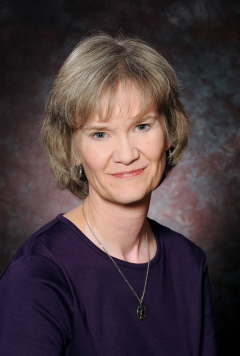 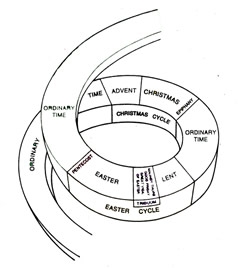 The liturgical seasons, beginning with Advent. 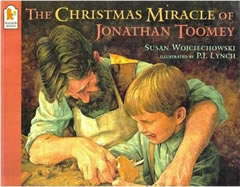 Choose the following dates on the Calvin chapel archive page for Advent-themed chapels:

December 10 - A Taizé service for Advent

December 2 and 3 - songs, readings and paintings on the angel Gabriel's appearances to Zechariah and Mary.