A confident pursuit of interests over careers 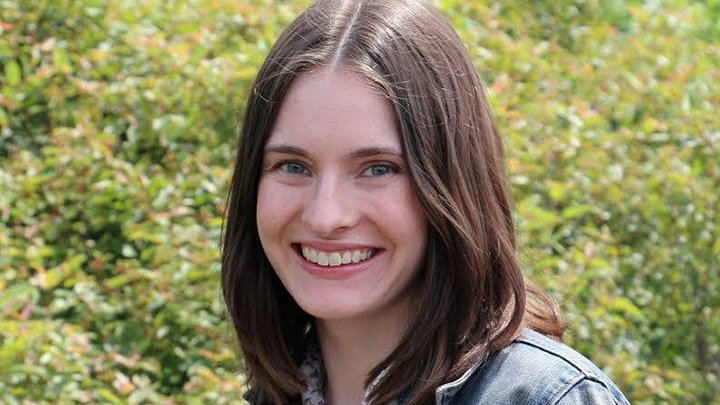 As a woman who wrote 33 pages for a short story assignment in the fifth grade, Grace Ruiter’s ’14 future in writing was promising from the start. As her interest in writing continued to grow throughout middle school and high school, she came into Calvin certain of earning a bachelor’s degree in writing—and later, linguistics as well.

To all who asked Ruiter what job she intended to find with these degrees, she thought, “I don’t know, whatever job I find.” This openness to the future wasn’t lined with worry, rather, she says she approached her future with confidence in the education she received at Calvin.

Now that she has been a writer and editor for the Reformed Church of America’s magazine, RCA Today, since July 2015, Ruiter is thankful for how pursuing a variety of interests shaped her holistically.

The "major of the world"

“I think it would have been sad if I decided that studying abroad wouldn’t be best for my career, or that I shouldn’t study linguistics if it doesn’t directly [correlate] with what I want to do with my life. If I had eliminated those things, I would have missed out on so many awesome experiences,” she said.

“That’s also why I chose to be an English major: when you study English, you kind of get to study everything else, because people write and read about everything else,” she added. “Language itself gets wrapped up into everything else. It’s like the major of the world.”

With the initial intention of solely earning a writing degree, Ruiter discovered linguistics by accident from a stylistics and discourse analysis class that she took to fulfill a core requirement. She then became fascinated by patterns in language trend and how different communities communicate.

When two friends within two days suggested that she apply for a position with RCA Today, Ruiter felt that God might have been opening a door for her. “The position seemed like a good fit for why I decided to major in writing in the first place—I had no idea what I wanted to do for a concrete job, but I knew I wanted to do something using my gifts for writing and editing to tell the story of God’s kingdom,” she said. “This is about as literal of a job as I could come up with to fit that mission.”

Now, with an average of 65 percent editing and 35 percent writing for RCA Today, Ruiter loves the diversity of her tasks and the main theme of the magazine, “transformed and transforming.” She also enjoys communicating with people from all over the country and being surrounded by positive co-workers.

At Calvin, Ruiter was challenged to never settle for clichés in her writing, or the first thing she came up with. She also greatly appreciated her time studying in Hungary, as she believes traveling is important for writers.

For those who don’t have their careers figured out, Ruiter offers simple encouragement: “It’s okay not to have a plan,” she said. “It was hard going into Calvin not knowing what that looked like, but I think the best part about being at a liberal arts school is that you don’t have to limit yourself—you can be a student of the world; you get to learn about everything.”