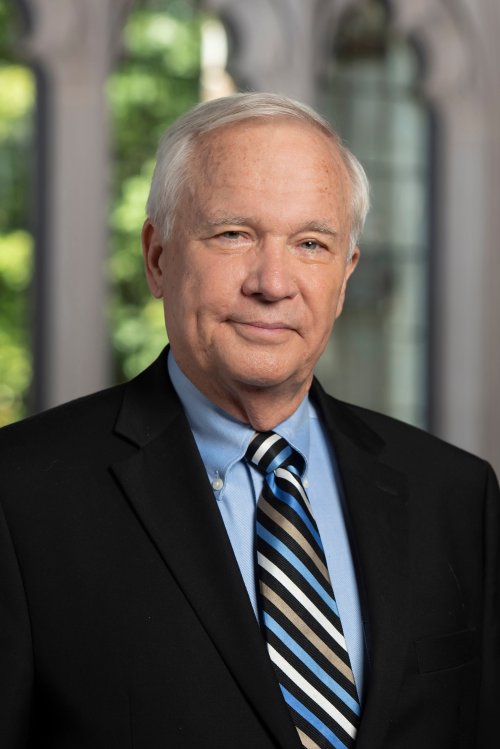 Bishop William Willimon is a retired Bishop of The United Methodist Church.

He was born in Greenville, South Carolina. He has degrees from Wofford College, Yale Divinity School, and Emory University. Ten colleges and universities have given him honorary degrees.

He was ordained elder in the South Carolina Conference and served churches in Georgia and South Carolina. He joined the Duke Divinity School faculty in 1976 where he served as professor and taught courses in liturgy and homiletics. Twice he has been guest professor at universities in Germany. He is the author of more than sixty books, some of which have been translated into six different languages. Over a million copies of his books have been sold. In 2004 a group of homileticians published a book that examines Will's preaching, Peculiar Prophet: Will Willimon and the Art of Preaching.

In 1984 he was named Dean of the Chapel at Duke University, a post that he held for twenty years before being elected to the episcopacy by the Southeastern Jurisdictional Conference in 2004. He served the Birmingham, Alabama area.

Patricia (Patsy) Parker and Will Willimon were married in 1969, and Patsy and Will have two married children, Harriet Willimon Putman, a social worker in Philadelphia, Pennsylvania, and William Parker Willimon, a development officer at the University of Georgia in Athens.

Resident Aliens? Being Christian Today
Part of the: January Series