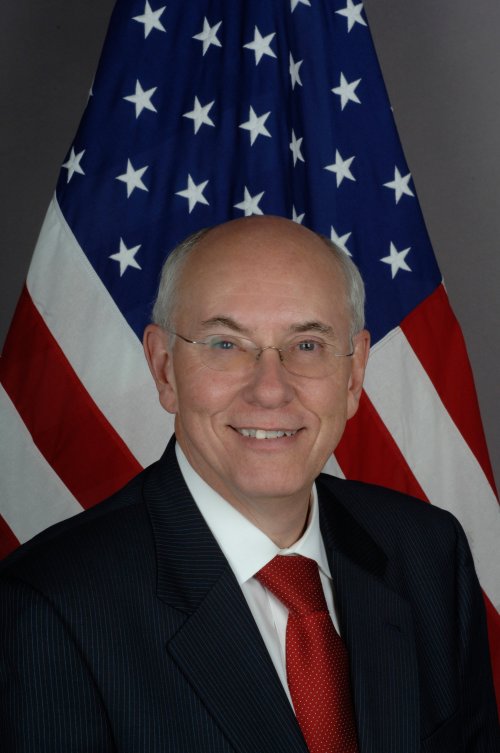 Scroll below and click the Watch Now button for Ambassador Garvelink's presentation from the 2021 January Series. For more information on the January Series, visit calvin.edu/january

William Garvelink is former U.S. Ambassador to The Democratic Republic of the Congo (2007-2010). Before that he worked at the U.S. Agency for International Development (USAID) where his responsibilities included oversight of the agency’s worldwide humanitarian assistance and democracy programs. Garvelink spent 1988-99 in the Office of Foreign Disaster Assistance (OFDA), working around the globe to conduct assessments and direct relief operations. ​A career member of the Senior Foreign Service, Ambassador Garvelink received numerous Meritorious and Superior Service Awards and two Senior Foreign Service Presidential Meritorious Honor Awards. Ambassador Garvelink holds a bachelor’s degree from Calvin University and a master’s from the University of Minnesota.

William Garvelink, class of 1971, was awarded the 2007 Distinguished Alumni Award by Calvin University in May, 2007.

Listen to the Inner Compass interview (#813) of William Garvelink that also took place while he was at Calvin University.

The Future with Pandemics
Part of the: January Series


U.S. Leadership in Responding to the World's Humanitarian Crises
Part of the: January Series