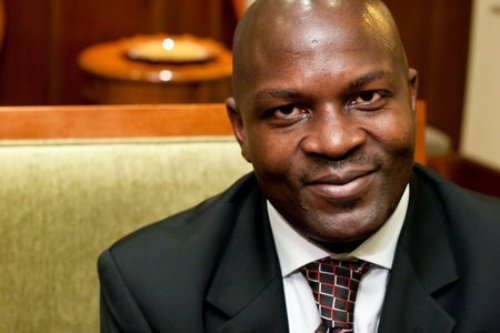 Mr. Kaguri is from Uganda in East Africa. He has been actively involved with nonprofit organizations since 1992. In Uganda, Mr. Kaguri co-founded a human rights organization called Human Rights Concerns to help victims of human rights violations in Uganda and to educate the public about their rights. Mr. Kaguri came to the U.S. more than eight years ago as a visiting scholar studying Human Rights Advocacy at Columbia University in New York. Since that time he has been involved extensively in international community efforts as a Programs Assistant for People's Decade for Human Rights Education (PDHRE International - New York) and as a volunteer for various nonprofit organizations.

Having lost two family members to HIV/AIDS and having watched countless others suffer from losses to this disease, Mr. Kaguri wanted to become involved in efforts to combat the disease and alleviate the plight of those affected by the disease, such as the millions of orphans suffering from homelessness, poverty, hunger, and the lack of educational opportunities.

Mr. Kaguri initiated Nyaka and Kutamba AIDS Orphans Schools (projects of STSAD, Inc.) in a rural village in Uganda. These community schools provide quality education, housing, and support to orphans who would otherwise not have access to formal and informal education. The effort has involved not only Mr. Kaguri's participation in community service activities to help the orphans of Uganda, but has also involved fundraising efforts in the U.S. to heighten the awareness of the cultural issues surrounding the HIV/AIDS pandemic for active donors and supporters of this project.

Mr. Kaguri recently left his job as Associate Director of Development in the College of Agriculture and Natural Resources at Michigan State University to work full-time raising awareness for AIDS orphans and the Nyaka AIDS Orphans Project.

Watch the Time Magazine video It takes Children to Raise a Village.

The Price of Stones: Building a School for My Village
Part of the: January Series 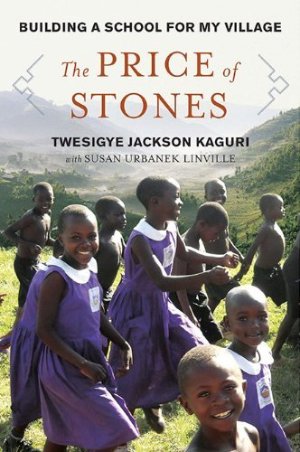 The Price of Stones: Building a School for My Village
by Twesigye Jackson Kaguri
Viking Adult (June 10, 2010)