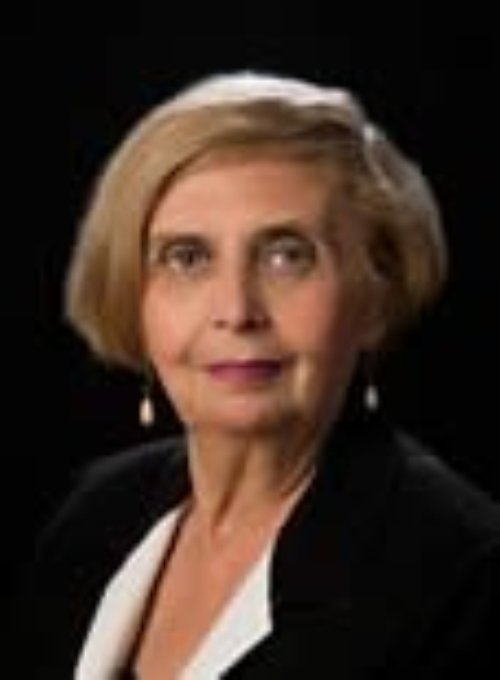 At the age of 75, Tova Friedman is among the youngest people to survive the Nazi Holocaust, and one of the few Jewish children to have lived through the nightmarish ordeals of Auschwitz. She was one of 5,000 Jewish children living in the Polish town of Tomashov, near Lodz, before World War II. At the end of the war only five children from Tomashov were still alive. Her story of the strange, small quirks of fate that kept her alive began with her birth on Sept. 10, 1938, just one year before the outbreak of the war. When the first bombs fell on her village, her family was not there. They had gone to celebrate her birth with her grandparents in a different town. “Had I been born in October or November,” she said, “my mother and father and I would not have survived.” One key to her survival was a mother she described as “very unusual. She never lied to me. Because of that, I trusted her. When she said I was safe, I really was, and when she said, ‘You better be quiet or you’ll be shot,’ I knew I would be.” When Friedman’s family was moved into a ghetto, her mother and father “went to work in a factory; they were slaves.” Without parents around, she said, the kids played “absolutely terrible games, like ‘I am a German and you are a Jew.’” It was a case of childhood imagination imitating a gruesome daily reality. When the Nazis removed other children from her neighborhood, Friedman’s father hid her in a crawlspace above the ceiling in their home. She knew, she said, that she could not go outside or she would “be seen and killed.” But her hideout was temporary. At the age of five, she was taken with her mother to Auschwitz, while her father was shipped off to Dachau concentration camp in Germany. At Auschwitz, Friedman’s mother pointed out the crematoria to her young daughter. “This is where they take people if they are not perfect,” she warned. “The smoke you smell is human beings.” One day, a German soldier pulled her out of line and, with her mother watching, began to slap her very hard. Friedman said she understood instinctively that if her mother were to try to intervene, both of them would be shot. So, she said, she remembers resolving, as the soldier kept hitting her, not to show “how much she hurt me. Not a single sound came from my mouth. Then she shoved me back into the line and said, ‘Next time, stand still.’ Then my tears came.” A while later, Friedman said, she ran a high fever and was taken to what the Nazis called a “hospital” — but one without doctors. After her release, she was placed in a barracks with other children, twins who were the subjects of Josef Mengele’s grim medical experiments. For her birthday that year, her mother smuggled her a single piece of bread and told her to use it “only for an emergency.” Instead, it was eaten by rats. One day she and other children in the camp were marched to the gas chamber. “I got undressed and waited for hours, freezing, naked. Nothing happened.” She learned later it was the only time that the gas chamber did not function. Shortly before Auschwitz was liberated, Friedman was reunited with her mother, who was near starvation. They were about to be forced on a death march to evacuate the camp in a freezing winter.

““My mother told me, ‘I am afraid you will survive. I do not want you to survive in a world like this by yourself. I want you to die with me.’ I said, ‘I will die with you right here.’ She took my hand and we snuck out.”Tova Friedman

They headed for a Nazi-run “hospital” and hid separately among the corpses. Friedman said her mother told her to lie still. “I was warm; I was comfortable,” she said. “Then the Germans came in, and they started shooting and yelling, walking from bed to bed, looking for the living. “I am not breathing,” she said. “Then my mother uncovered me and said, ‘They are gone.’” Two or three days later, the camp was liberated by the Soviet Army. That day, Friedman posed for an iconic photograph of child survivors — a little girl on the left side of the image, brandishing her tattoo for the photographer. It was Jan. 7, 1945. “I always consider that day my birthday,” Friedman said. After the war, Friedman and her mother were reunited with her father; the family came to the United States in 1950. Retired as executive director of Jewish Family Service of Somerset, Hunterdon, and Warren Counties, she has over 20 years’ experience providing psychotherapy services. Friedman, who has four children and five grandchildren, spends much of her time speaking about her experiences during the Shoah in schools and to organizations. Her story appears in the 1998 book Kinderlager. Of her story, Friedman says, “I speak to everyone who wants to hear, because the survivors are disappearing.” One day, she added, “people will only see us in videotapes.” She said that she wants to “make sure people see us as witnesses in case someone tells us it didn’t happen.” She sees what she is doing as a “sort of legacy,” she said. “I don’t want those who have been killed to be forgotten.” (Much of this information was taken from a June 23, 2010, article by Robert Wiener in New Jersey Jewish News titled “Survivor tells her story of escape by ‘pure chance’.”

Kinderlager: Reflections of a Child Holocaust Survivor
Part of the: January Series