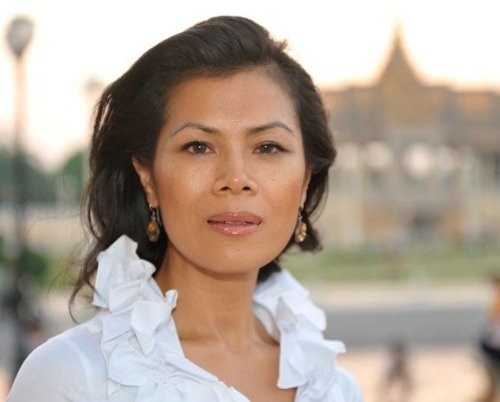 Theary was born in Phnom Penh in January 1971. Under the Khmer Rouge, she lived in Svay Rieng province bordering Vietnam, where the killings were most intense and where she spent five months in prison. The Khmer Rouge killed both her parents. She and her surviving family trekked across the border for Thailand in Nov. 1979 and emigrated to the U.S. one year later.

Since 1995, Theary has been in Cambodia volunteering with various labor and human rights groups. In January 2004, she moved permanently to live and work in her country of birth. By choice, home is once again Cambodia.

Theary graduated from Georgetown University’s School of Foreign Service (Washington, DC) with a Bachelor of Science in International Politics in 1995 and from the University of Michigan Law School with a Juris Doctor in 2000. Theary is a member of the New York Bar Association and American Bar Association.

Theary has written about her life in a book entitled Daughter of the Killing Fields (London, 2005) and is currently working on a second book. Theary made history when she testified as the first ECCC-recognized civil party against the pre-trial detention hearing of the most senior, surviving Khmer Rouge leader, Brother No. 2 Nuon Chea on 7 Feb. 2008.

Theary is a Executive Committee member of the World Bank-funded Affiliated Network for Social Accountability in the East Asia & Pacific (ANSA-EAP) operated by the Ateneo School of Government, now an independent Foundation registered in the Philippines; a member of the Preparatory Committee and now the Governing Board of Directors for the Human Rights Resource Center for ASEAN (HRRCA), a Foundation registered in Indonesia; a member of the World Forum for Democratization in Asia (WFDA), the World Movement for Democracy, and the Non-Governmental Process of the Community of Democracies; a former Board member of the Cambodian Living Arts (Silapak Khmer Amatak, which produced Where Elephants Weep), a co-founder and former vice-president of Women’s Association of Small & Medium Businesses (WASMB), etc.

Theary and her Civil Party of Orphans Class are members of the newly-established Association of Khmer Rouge Victims in Cambodia (AKRVC). Theary founded the Voice of Justice Radio Program (now Voice of Justice & Reconciliation) excellently managed and hosted by Cambodia’s golden voice of Ms. CHAP Chandina as well contributed articles for the Voice of Justice columns for the Phnom Penh Post and Khmer-language daily Koh Santepheap. Theary is the co-host of the popular reality-TV program Youth Leadership Challenge aired on CTN and CTN International for five seasons (2006-2009).

Theary is frequently invited to speak at international conferences all over the world on issues of justice and reconciliation, democracy and human rights, faith in action, and is the subject of countless TV and radio broadcasts on CNN, BBC, AlJazeera, ABC, NHK, VOA, DW, RFA, RFI as well as many documentary films, including a feature film using Theary to tell the larger Khmer Rouge story, currently in production.

When in Phnom Penh, she worships at the International Christian Fellowship and sometimes at Khmer-speaking New Life Community Church, Living Hope in Christ Church or Prek Eng Peace Church.

Theary Seng in the news.

Daughter of the Killing Fields
Part of the: January Series 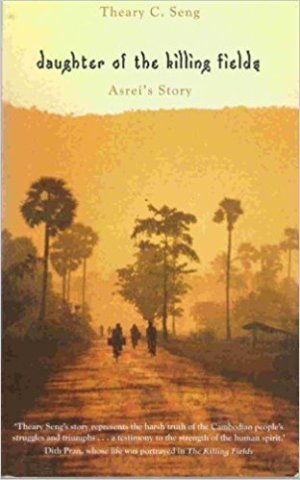 Daughter of the Killing Fields
by Theary Seng
Fusion Press (2005)