THE IVORY CONSORT, founded and directed by Jay Elfenbein, is an ensemble that specializes in medieval music performed in an exciting and historically informed manner. For over ten years, they have brought ancient music to life on stage and over the radio with stunning clarity and brilliant improvisation. The Music in the Land of Three Faiths program presents a fascinating mosaic of songs from the Golden Age of Spain, when Jews, Muslims and Christians forged a common musical language. The program features 10th through 13th century songs in Ladino, Hebrew, Arabic, Galician-Portuguese, Catalan and Latin, and provides a historical context for the intermingling of cultures that took place before the 1492 Expulsion.

Our deepest gratitude to Margo, George, Rex, Dennis, Jim, Gerard and Jay for sharing their musical souls (and chops) to this recording. To Mary for her never less than brilliant cover design, to Brigitte for her visual expertise. to Frank for photos that make us all look so much better than we do, to Howard for making the editing and mastering process so painless, to the recording team at Systems2, and in particular to Joe Marciano who made the recording studio feel like our living room, to the Music Connection team for their manufacturing skills and flexibility and to Thia for her unfailing energy and enthusiasm.

Music in the Land of Three Faiths
Part of the: January Series 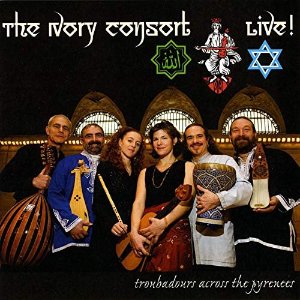