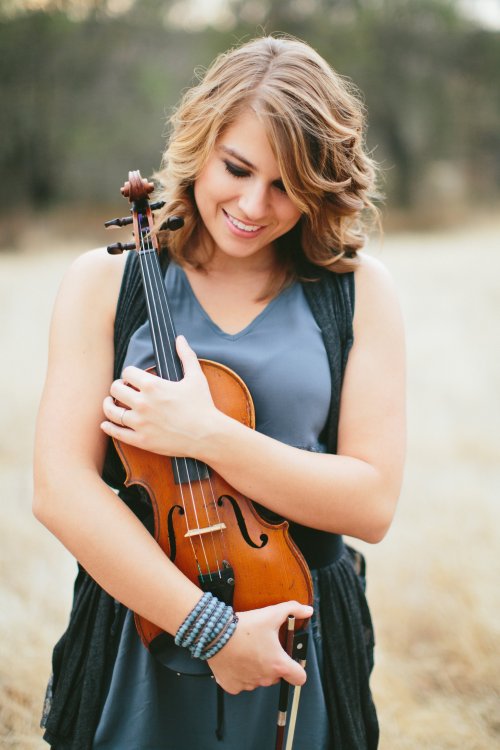 Taylor Davis is a classically trained American violinist, arranger and composer, whose passion for video game and film music led her to launch her widely popular YouTube channel "ViolinTay" in 2010. Five years, over 150 videos, 1 million subscribers and 140-million views later, she has become one of the fastest rising stars in the digital world. Taylor has released 5 full-length game, anime and film-themed albums, a full-length Christmas album, and most recently a self-titled original album that debuted at #10 on the Billboard Classical Charts. In addition to maintaining a schedule of consistent, high-quality content on YouTube, Taylor has also recorded violin solos on video game scores, including "The Banner Saga" composed by Grammy-nominated Austin Wintory. A regular at VidCons and E3 Expos, Davis has performed live on many stages and events throughout the United States and Europe. Taylor began studying the violin at age 8 and continued her classical training through college where she graduated magna cum laude from Gonzaga University with a degree in Public Relations and a minor in Violin Performance.

American Violinist in Concert
Part of the: January Series