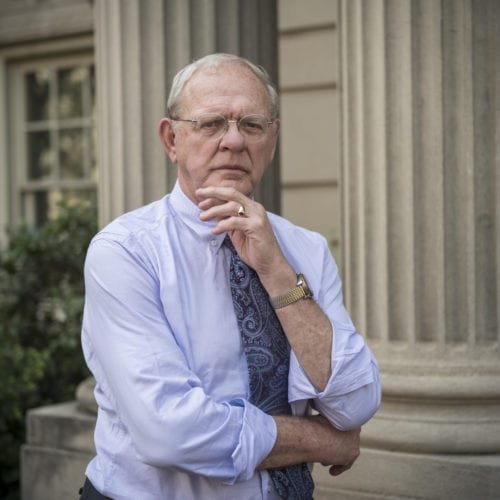 Dr. Steven Meyer is the National Security Program Chair at the Daniel Morgan Graduate School. He has extensive professional experience and expertise, serving 25 years in the Central Intelligence Agency. He was a member of the intelligence support for conventional arms control talks in Vienna and nuclear arms control talks in Geneva and for the medium-range nuclear weapons treaty.

During the Bosnia wars in the 1990s, Dr. Meyer served as Deputy Chief of the CIA’s Balkan Task Force. While still at the CIA, he took a rotational assignment to Capitol Hill for two years and was responsible in two successive Senate offices for foreign and security and policy and intelligence issues. He specialized in European and Russian politics; nuclear weapons, security and defense issues; arms control enforcement; and psychological analysis.

Throughout his career, Dr. Mayer has combined his active practitioner experience and expertise with an aptitude for teaching. He has taught at as an adjunct professor at George Mason University in Fairfax, VA, and Georgetown University, Washington, DC. Additionally, he took a three year rotational assignment from the CIA to teach at the U.S. Military Academy (West Point), where he lectured on intelligence, American foreign and security policy, the American Constitution, international law, contemporary European and African politics, American and European history, and economic development.

Upon retiring from the CIA in 2011, Dr.  Meyer joined TSM Global Consultants and is a Fellow at the Center for Public Justice. He also was a professor of political science and national security studies at the National Defense University (NDU) in Washington, DC, for 13 years. He specializes in political, economic, security, and environmental issues and regularly lectures on these issues in the U.S., Europe, and Asia.

The Balkans: Tragedy in Perspective
Part of the: January Series