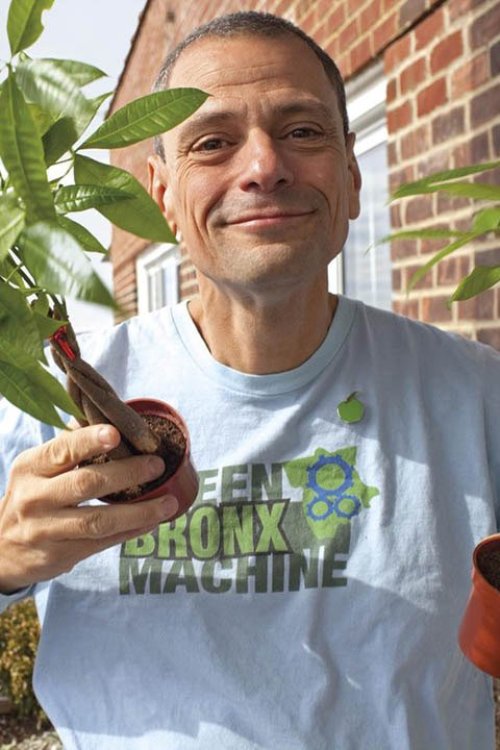 Stephen Ritz is a South Bronx educator and administrator who believes that students shouldn’t have to leave their community to live, learn, and earn in a better one. Moving generations of students into spheres of personal and academic successes they have never imagined, while reclaiming and rebuilding the Bronx, Stephen’s extended student and community family have grown more than 30,000 pounds of vegetables in the Bronx while generating extraordinary academic performance. Just named a 2015 Top Ten Finalist for the Global Teacher Prize, Stephen’s accolades include a 2014 Greenius Award, 2014 Green Difference Award, 2013 Latin Trends Award, ABC Above and Beyond Award, Chevrolet / General Motors National Green Educator Award, USS Intrepid Hometown Hero Award, NYC Chancellor’s Award and various others.  Stephen has consistently moved attendance from 40 percent to 93 percent daily, partnered towards 2,200 youth jobs in the Bronx and captured the United States EPA Award for transforming mindsets and landscapes in NYC. A strong advocate for Project Based Learning, he is currently working on embedding the concepts of sustainability, food, energy and environmental justice into K-12 programming and beyond.

Harvesting Hope and Cultivating Minds: Stories from the South Bronx
Part of the: January Series