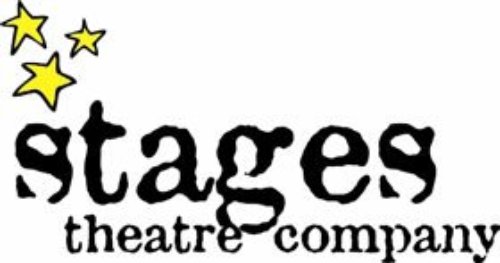 A powerful and witty play exploring the dangerous and convoluted dynamics of royal family politics during the Middle Ages. Henry II, conqueror of much of Europe must dodge the internal warfare from his wife, Eleanor of Aquitaine, and his scheming and ambitious children. The Lion in Winter employs delightful dialogue and brilliant verbal swordplay to portray the dramatic irony of these complex familial relationships.

Stages Theatre Company is dedicated to exploring the eternal answers that offer hope and inspiration for the human condition. The company strives to "give you the truth in the pleasant disguise of illusion" (Williams, The Glass Menagerie). Productions include works ranging from Shakespeare to Neil Simon, T.S. Eliot to Tennessee Williams.

Stages Theatre Company performs year-round on Cape Cod in Orleans, Massachusetts and has toured the east coast and many southern states performing at conferences, schools, and churches, as well as leading theater workshops. The company includes a thriving children's program and outreach to local schools.

For more on Stages Theatre Company and the Gloriae Dei Artes Foundation visit their website.

------------------------------------------------------------------
"Stages in Orleans debuts it's incredible new theater space, inside Paraclete House, with a stunningly beautiful and powerful production of playwright James Goldman's "The Lion in Winter". It brings together an immensely talented cast of actors, led by an internationally renowned director, featuring gorgeous costumes and sets and world-class live music performed by Gabriel V Brass and voices of the Gloriæ Dei Cantores. The combination rivals any show produced on Cape Cod by any professional or amateur theater company in recent memory.

With storyline and dialog as high as the castle wall itself, the cast and play move as swiftly as the blade of a broadsword.

Eleanor, played by Sr. Danielle Dwyer, is captivating as the house-bound queen. Goldman's script is rife with stinging and humorous dialog and Dwyer does not allow one of the spearing speeches to fall short of its mark. The roles is one of the greatest ever written for an actress and she does it all the justice it deserves.

Chris Kanaga as Henry II brings all the right stuff to the
characterization. His graying mane of hair and beard has carried the crown loftily for decades. He rules with an iron thumb, yet knows when to handle situations with kid gloves. Kanaga looks a home in the regal robes, truly enjoying the role.

Richard Lionheart (Luke Norman), Geoffrey (Brad Lussier), and John (Kyle Norman) all play their parts to the hilt. Richard fearless, John fumbling, and Geoffrey constantly scheming, they never turn their backs
on each other for fear of getting the dagger's point. Their onstage chemistry is seamless.

Filling out the major roles are Br. Stephen Velie as Philip and Rachel McKendree as his half sister Alais. They too are flawless..."
The Barnstable Patriot

"Stages first-class production ....the movie version ... Peter O'Toole and Katharine Hepburn and was nominated for seven academy awards ..it's a tough act to follow but Stages does it in style. ....all the characters handle the play's verbal jousting with aplomb.

Chris Kanaga as Henry, with his long hair, neatly trimmed beard and shiny crown, fits the model of the classic medieval king. He portrays Henry with a regal mix of strength, charm and narcissism. Sr. Danielle Dwyer plays Eleanor of Aquitaine with dignity and a dash of glee ...Brad Lussier, Geoffrey, could make a career playing sinewy villains...Rachel McKendree ..charming as Alais, the pretty pawn in the match between king, queen and princes."
The Cape Codder

"Danielle Dwyer is vibrant as the strong-willed, manipulative Eleanor. Although her character's famed beauty has faded, her sharp wit is intact. Dwyer delivers her lines with impeccable timing and marvelous expressions. Chris Kanaga gives a charismatic portrayal of Henry as warlike, self-possessed leader who's mellowed in his middle years."
The Cape Cod Times

A Lion in Winter
Part of the: January Series