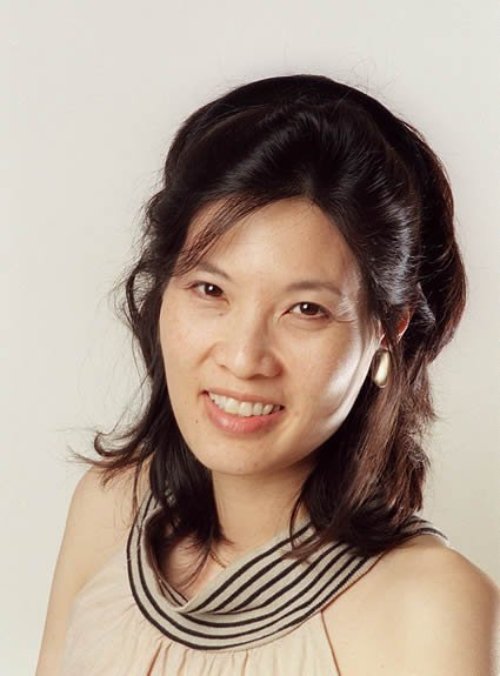 Sheryl WuDunn, the first Asian-American to win a Pulitzer Prize, is a business executive, entrepreneur, and best-selling author. She has special expertise in Asia, entrepreneurship, global women’s issues, and philanthropy. As an investment banker, she currently helps growth companies, including those operating in the fields of new media technology, entertainment, social media, healthcare, and the emerging markets, in particular, China.

A senior managing director at Mid-Market Securities, LLC, a small investment banking boutique, she raises capital for entrepreneurs in media technology, healthcare, and social enterprise. She also was a Senior Lecturer at Yale University’s Jackson Institute for Global Affairs in the fall of 2011, when she taught classes on China and the developing world.

Previously, WuDunn has been vice president in the investment management division at Goldman, Sachs & Co. and a commercial loan officer at Bankers Trust. She also worked at The New York Times as both an executive and journalist: in management roles in two departments, strategic planning and circulation; as editor for international markets, energy, and industry; as The Times’s first anchor of an evening news headlines program for a digital cable TV channel, the Discovery-Times; and as a foreign correspondent for The Times in Tokyo and Beijing, where she wrote about economic, financial, political, and social issues.

WuDunn is co-author of three best-selling books. The most recent is Half the Sky: Turning Oppression into Opportunity for Women Worldwide, about the challenges facing women around the globe. It has been featured on The Oprah Winfrey Show, The Colbert Report, and other network television shows. WuDunn helped launch the development of the Half the Sky multimedia effort, creating a thoughtful, effective philanthropic strategy that includes an online social game for Facebook, a PBS documentary series, and outreach with many NGOs.

With her husband, Nicholas D. Kristof, WuDunn also co-authored two other books about Asia: Thunder from the East and China Wakes. WuDunn won a Pulitzer Prize with her husband for covering China, along with the Dayton Literary Peace Prize for Lifetime Achievement. She has also won other journalism prizes, including the George Polk Award and Overseas Press Club Awards. WuDunn was the recipient of a White House Project EPIC Award and she has been a judge for the State Department Secretary’s Innovation Award for Women’s and Girls’ Empowerment. She has received numerous other awards, including the Asia Women in Business Corporate Leadership Award, the Pearl S. Buck Woman of the Year Award, and the Harriet Beecher Stowe Prize. In 2011, Newsweek cited WuDunn as one of the “150 Women Who Shake the World.”

WuDunn lectures to a wide range of American and global audiences and has been invited to speak to the secretary general of the United Nations, former vice president Al Gore, and other senior officials on economic, political, and social topics related to women in the developing world, the global economy, China, and the emerging markets. WuDunn, who was a guest at President Obama’s State Dinner at the White House for Chinese President Hu Jintao, has frequently discussed Chinese economic issues on television and radio programs such as Fox Business News, The Colbert Report, Charlie Rose, and NPR. She has discussed philanthropic issues on programs such as NBC’s Dateline.

Half the Sky: Turning Oppression into Opportunity for Women Worldwide
Part of the: January Series 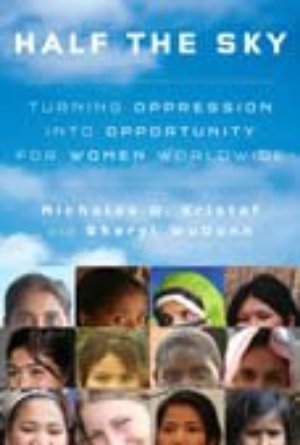 Half the Sky: Turning Oppression into Opportunity for Women Worldwide
by Sheryl WuDunn