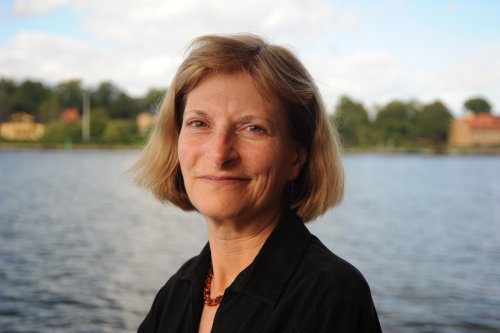 A leading authority and prolific author on international water issues, Sandra has been hailed for her “inspiring, innovative and practical approach” to promoting the preservation and sustainable use of freshwater.

From 2009-2015 she served as Freshwater Fellow of the National Geographic Society. She is also co-creator of Change the Course, the national water stewardship initiative awarded the 2017 US Water Prize for restoring billions of gallons of water to depleted rivers and wetlands.

Sandra is author of Replenish: The Virtuous Cycle of Water and Prosperity (October 2017), as well as of Pillar of Sand: Can the Irrigation Miracle Last? and of Last Oasis: Facing Water Scarcity, which appears in eight languages and was the basis for a PBS documentary.

Her article “Troubled Waters,” was selected for inclusion in the 2001 edition of Best American Science and Nature Writing. She is also co-author (with Brian Richter) of Rivers for Life: Managing Water for People and Nature.

Sandra received a B.A. in geology and political science at Wittenberg University and an M.E.M. with emphasis on resource economics and policy at Duke University.  Sandra has been awarded several honorary Doctor of Science degrees, as well as the Duke University School of Environment’s Distinguished Alumni Award.

Sandra has authored more than 100 articles for popular and scholarly publications, including Science, Natural History, Scientific American, Foreign Policy, Ecological Applications, and Environmental Science and Technology. She has written some 20 op-ed features that have appeared in more than 30 newspapers in the United States and abroad, including The New York Times, the L.A. Times and The Washington Post. A frequent conference speaker and lecturer, she has also served as commentator on CNN’s Futurewatch, addressed the European Parliament on environmental issues, and appeared on CBS Sunday Morning, ABC’s Nightline, and NPR’s Science Friday. She also appears in the BBC’s Planet Earth, Leonardo DiCaprio’s The 11th Hour, and the National Geographic Channel’s Breakthrough series.

A Pew Scholar in Conservation and the Environment and a Fellow of the Post Carbon Institute, Sandra has been named one of the Scientific American 50, an award recognizing contributions to science and technology. She has served as advisor to the Division on Earth and Life Studies of the U.S. National Research Council, as well as to American Rivers. She currently serves on the board of River Network.

Sandra was previously vice president for research at the Worldwatch Institute. She has taught at the Fletcher School of Law and Diplomacy at Tufts University and at Mount Holyoke College, where she also directed the Center for the Environment.

Replenish: The Virtuous Cycle of Water and Prosperity
Part of the: January Series 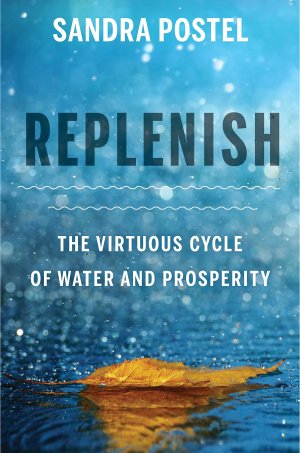