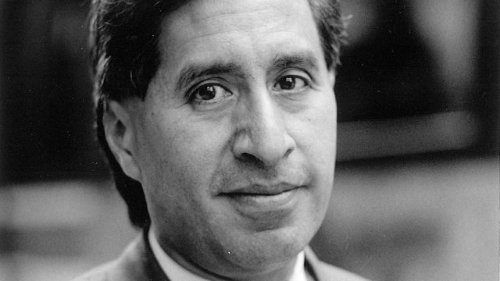 Acclaimed journalist and essayist Richard Rodriguez writes about the intersection of his personal life with some of the most vexing cultural and political problems facing America.

The son of Mexican immigrants to California, Rodriguez grew up in a home where his parents clung closely to their native culture and only Spanish was spoken. His struggles to learn English and assimilate into American society served as the raw material for his well-known 1982 autobiography, HUNGER OF MEMORY: THE EDUCATION OF RICHARD RODRIGUEZ, a milestone examination of education, cultural identity, and social alienation that remains controversial today for its criticism of bilingual education and affirmative action.

In 1992, Rodriguez penned DAYS OF OBLIGATION: AN ARGUMENT WITH MY MEXICAN FATHER, an extended personal essay exploring the moral and cultural gap separating Protestant America and Catholic Mexico. The book was a runner-up for the 1993 Pulitzer Prize in nonfiction. A decade later, Rodriguez published BROWN: THE LAST DISCOVERY OF AMERICA, a series of essays on art, culture, and racial politics that uses the color "brown" as a metaphor for in-between states of being, arguing in particular that America's historical concept of race as limited to black and white is outdated and culturally damaging.

As a journalist, Richard Rodriguez has worked for more than 20 years for Pacific News Service in San Francisco and is a contributing editor to Harper's magazine and a frequent commentator on THE NEWSHOUR WITH JIM LEHRER on PBS. His televised essays on American life for the NEWSHOUR earned him a prestigious George Peabody Award in 1997. Rodriguez is currently at work on a book on the common bonds between Judaism, Christianity, and Islam.

Does America Exist?
Part of the: January Series