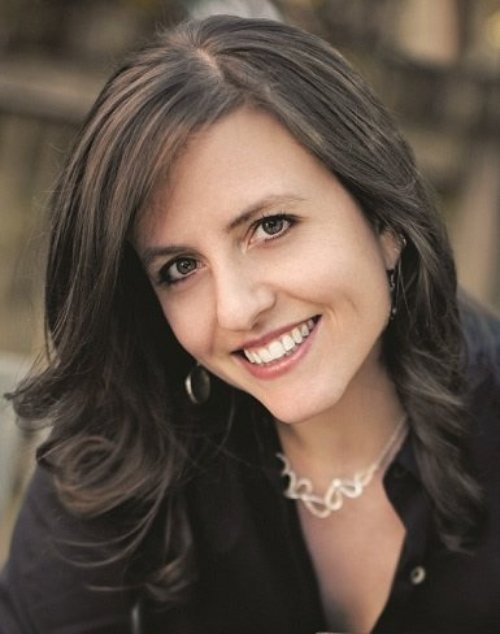 Rebecca Skloot is the author of the #1 New York Times Bestseller, The Immortal Life of Henrietta Lacks. Her award winning science writing has appeared in The New York Times Magazine; O, The Oprah Magazine; Discover; and many other publications. She specializes in narrative science writing and has explored a wide range of topics, including goldfish surgery, tissue ownership rights, race and medicine, food politics, and packs of wild dogs in Manhattan. She has worked as a correspondent for WNYC’s Radiolab and PBS’s Nova ScienceNOW. She and her father, Floyd Skloot, co-edited The Best American Science Writing 2011.

The Immortal Life of Henrietta Lacks, Skloot’s debut book, took more than a decade to research and write, and instantly hit the New York Times best-seller list, where it has remained for more than two years since its publication. She has been featured on numerous television shows, including CBS Sunday Morning, The Colbert Report, Fox Business News, and others, and was named One of Five Surprising Leaders of 2010 by the Washington Post. The Immortal Life was chosen as a best book of 2010 by more than 60 media outlets, including Entertainment Weekly, USA Today, O the Oprah Magazine, Los Angeles Times, National Public Radio, People Magazine, New York Times, and U.S. News and World Report; it was named The Best Book of 2010 by Amazon.com and a Barnes and Noble Discover Great New Writers Pick. It has won numerous awards, including the Chicago Tribune Heartland Prize for Nonfiction, the National Academies of Science Best Book of the Year award, the American Association for the Advancement of Science Best Young Adult Book award, the Wellcome Trust Book Prize, and two Goodreads Choice Awards for Best Nonfiction Book of the Year and Best Debut Author of the year. It has received widespread critical acclaim, with reviews appearing in The New Yorker, Washington Post, Science, and many others. Dwight Garner of the New York Times said, “I put down Rebecca Skloot’s first book, “The Immortal Life of Henrietta Lacks,” more than once. Ten times, probably. Once to poke the fire. Once to silence a pinging BlackBerry. And eight times to chase my wife and assorted visitors around the house, to tell them I was holding one of the most graceful and moving nonfiction books I’ve read in a very long time …It has brains and pacing and nerve and heart.”

The Immortal Life is being translated into more than 25 languages and adapted into a young reader edition. It is also being made into an HBO movie produced by Oprah Winfrey and Alan Ball. Skloot is the founder and president of The Henrietta Lacks Foundation, which has been featured in the New York Times. She has a B.S. in biological sciences and an MFA in creative nonfiction. She financed her degrees by working in emergency rooms, neurology labs, veterinary morgues and martini bars. She has taught creative writing and science journalism at the University of Memphis, the University of Pittsburgh, and New York University. She currently gives talks on subjects ranging from bioethics to book proposals at conferences and universities nationwide.

Skloot lives in Chicago but she regularly abandons city life to write in the hills of West Virginia, where she tends to find stray animals and bring them home. She is currently working on a new book about the human animal bond. She is also an avid knitter, a family tradition passed on from her mother, Betsy McCarthy, a professional knitter whose story was recently featured on Your Life Calling With Jane Pauley.

The Immortal Life of Henrietta Lacks
Part of the: January Series 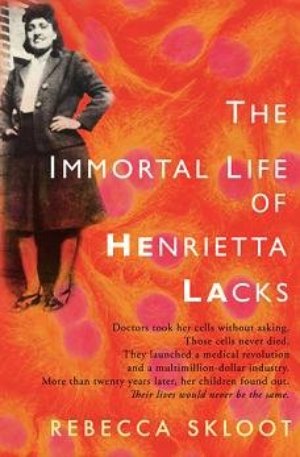 The Immortal Life of Henrietta Lacks
by Rebecca Skloot