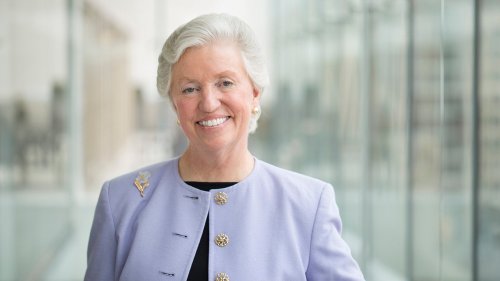 Rebecca W. Rimel is the president and CEO of The Pew Charitable Trusts. Rimel joined the organization in 1983 as a health program manager, and became executive director five years later. She assumed her current position in 1994.

In 1948, when The Pew Charitable Trusts was established, grantmaking was closer to a personal act of charity. Today's world has greater needs, tougher problems and more competition for resources. Grantmaking, accordingly, is closer to a strategic investment with the return measured not in profits, but in long-lasting, positive and powerful results. One result the Trust seeks is the greater engagement of Americans in the civic process of democracy. Rebecca Rimel is president and chief executive officer for The Pew Charitable Trusts. The Trusts, with more than $4.7 billion in assets, invested more than $213 million in 298 nonprofit organizations in 1998.

Jefferson's Legacy: A Call to Civic Responsibility
Part of the: January Series