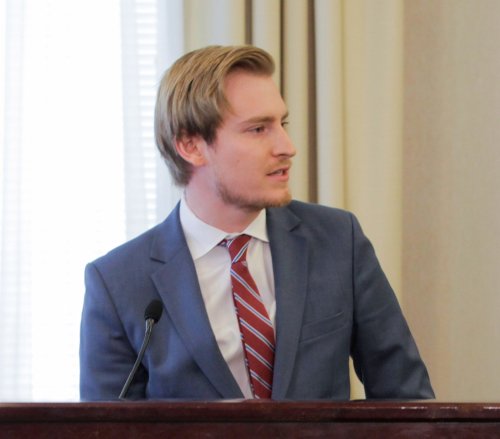 Technology Adviser to the President during the Obama Administration, R. David Edelman has spent a decade as one of the government’s foremost voices on how technology is changing our economy, national security, and daily lives. An expert on some of the most pressing challenges facing the world today— from cybersecurity and privacy threats to artificial intelligence (A.I.) and automation — his insights have helped shape national and international policy at the highest levels. In 2017, he joined MIT’s Internet policy team as Director of the new Project on Technology, the Economy, & National Security.

As Special Assistant to the President for Economic and Technology Policy at the National Economic Council (NEC), Dr. Edelman led the White House team focusing on the digital economy — including broadband, telecommunications, spectrum, and technology trade — as well as consumer cybersecurity, domestic and international data privacy, high-tech patent and copyright issues, and antitrust/competition.

He also led engagement with hundreds of technology companies around the world; advised the President on a range of emerging technologies such as big data, drones, and autonomous vehicles; and designed and managed over $15 billion of signature programs focused on technology, education, and economic opportunity.

Dr. Edelman’s wide-ranging perspective and ability to clearly communicate these complex topics stem from his unique background as perhaps the only policymaker in the nation to have held separate appointments to three White House policy councils: the National Security Council (NSC), the NEC, and the Office of Science & Technology Policy (OSTP).

In his time at the White House he led the development of and co-authored over a dozen legislative proposals, national strategies, Executive Orders, and Presidential reports — including the High Tech Patent Task Force; the Big Data Report to the President; E.U.-U.S. data privacy frameworks; and various consumer privacy bills.

As chief architect of the President’s ConnectED initiative, Edelman managed the $10 billion effort that brought broadband to over 30 million American students in their classrooms. As part of this effort, he worked with over a dozen Fortune 100 technology CEOs from companies like Apple and Microsoft that pledged over $2 billion in philanthropic commitments to 25 million students in all fifty states – from tablets to wireless broadband to personalized learning software.

Edelman has particular expertise in how technology and cybersecurity are shaping international politics and business. In December 2010, Edelman became the first director for International Cyber Policy at President Obama’s National Security Council (NSC). At the time of his appointment, he was the youngest-ever Director appointed to the NSC. Called the nation’s “chief cyber diplomat,” he authored the President’s International Strategy for Cyberspace – the government’s principal doctrine on cybersecurity and Internet issues within foreign policy.

Prior to his time at the White House, Edelman served at the State Department’s Office of Cyber Affairs under Condoleezza Rice in the Bush administration. He developed the U.S. government’s early diplomatic strategy and legal doctrine on cyber issues and later served as the United States’ lead negotiator on Internet issues at the United Nations.

At MIT, Dr. Edelman leads an interdisciplinary team of researchers, students, and policymakers to address the challenges created by technological disruption – from the international concern of cyberattacks to the economic and regulatory consequences of A.I. and autonomous vehicles.

He has written and lectured extensively on technology’s disruption of education, intellectual property, privacy, and transportation, as well as the threats of military alliances in an era of cyber conflict. His insights and analysis have appeared in the New York Times, Wall Street Journal, Washington Post, WIRED, Forbes, Fortune, and other national and international media outlets.

Receiving the State Department’s Superior Honor Award for his work on intelligence matters, Edelman was a two-time recipient of the Meritorious Honor Award for his United Nations negotiations and development of the nation’s cyber diplomacy strategy. He was previously named one of Forbes’ “30 Under 30” leaders in Law & Policy, and later chosen as a “30 Under 30 All-Star Alumni” — one of only three in the magazine’s history — for his ongoing contributions to national policy.