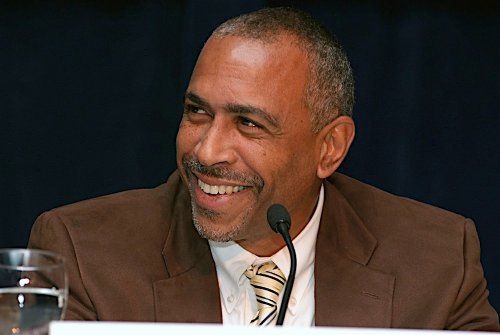 Watch the Inner Compass interview (espisode # 1210) that was recorded with Prof. Noguera while he was on Calvin's campus.

Pedro Noguera is the Peter L. Agnew Professor of Education at New York University.  Noguera is an urban sociologist whose scholarship and research focuses on the ways in which schools are influenced by social and economic conditions in the urban environment.  He holds faculty appointments in the departments of Teaching and Learning and Humanities and Social Sciences at the Steinhardt School of Culture, Education and Development, as well as in the Department of Sociology at New York University.  Dr. Noguera is also the Executive Director of the Metropolitan Center for Urban Education and the co-Director of the Institute for the Study of Globalization and Education in Metropolitan Settings (IGEMS).  In 2008, he was appointed by the Governor of New York to serve on the State University of New York Board of Trustees.

Dr. Noguera received his bachelors’ degree in Sociology and History and a teaching credential from Brown University in 1981.  He earned his masters’ degree in Sociology from Brown in 1982 received his doctorate in Sociology from UC Berkeley in 1989.  Dr.  Noguera was a classroom teacher in public schools in Providence, RI and Oakland, CA.  He has held tenured faculty appoints at the Harvard Graduate School of Education (2000-2003), where he was named the Judith K. Dimon Professor of Communities and Schools and at the University of California, Berkeley (1990-2000), where he was also the Director of the Institute for the Study of Social Change.  He has published over one hundred and fifty research articles, monographs and research reports on topics such as urban school reform, conditions that promote student achievement, youth violence, the potential impact of school choice and vouchers on urban public schools, and race and ethnic relations in American society.  His work has appeared in multiple major research journals.  Dr. Noguera is the author of The Imperatives of Power: Political Change and the Social Basis of Regime Support in Grenada (Peter Lang Publishers, 1997), City Schools and the American Dream  (Teachers College Press 2003), Unfinished Business: Closing the Achievement Gap in Our Nation’s Schools (Josey Bass, 2006) City Kids, City Teachers, with Bill Ayers and Greg Michie (New Press 2008), and The Trouble With Black Boys…and Other Reflections on Race, Equity and the Future of Public Education (Wiley and Sons, 2008).  Dr. Noguera appears as a regular commentator on educational issues on CNN, National Public Radio, and other national news outlets.

A Broader, Bolder Approach to Education
Part of the: January Series 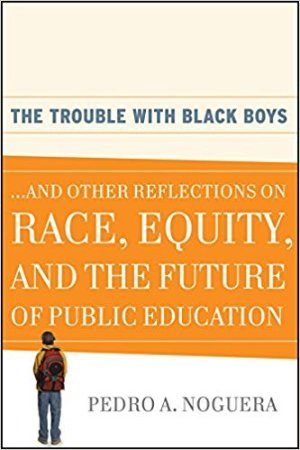 The Trouble with Black Boys...and Other Reflections on Race, Equity, and the Future of Public Education
by Pedro Noguera
Wiley and Sons (2008)