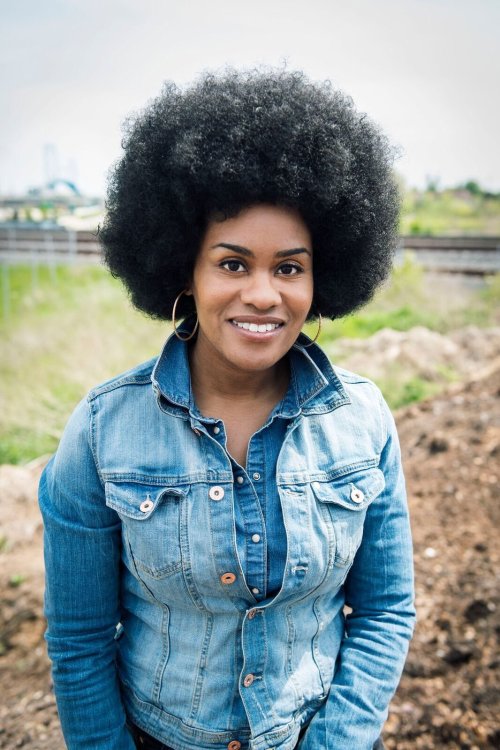 Pashon Murray is an American entrepreneur and environmentalist with an unrelenting drive for waste reduction, recycling, and reuse of materials. She is helping to change the carbon footprint of Detroit through revitalizing neighborhoods, finding solutions for everyday waste, and eliminating trips to the landfill. In 2010 Murray co-founded Detroit Dirt, a local composting and biomass collection company that specializes in providing compost and biomass solutions to the metro Detroit community. Detroit Dirt’s closed-loop model was designed by Murray to help revitalize Detroit.

Pashon is a proud Detroiter and believes that more support will come when people of like minds come together for the benefit of the city.  She believes there are many people in Detroit who want to make a difference, support one another, and work together to continue to build the new Detroit economy. Murray was born in Grand Rapids, Michigan and grew up in the Grand Rapids area.  As a child, visits to her grandparent’s farm in rural Mississippi is where she was first introduced to nature and recognized the spiritual sense of the family’s deep connection to soil and farming.

Murray graduated from Grand Rapids Christian High School in 1996 and in 2010, she graduated from Texas Southern University in Houston with a B.S. in business administration and an M.A. in marketing. Murray moved to Detroit in 2005 to consult in sustainable practices, workforce development, green infrastructure, and professional development.  She worked as an advocate for education and teaching the next generation the value of recycling, climate resiliency, and composting.  During 2008 and 2009 she lobbied in Washington, D.C. for various climate initiatives such as Repower America, National Wildlife Federation, and Sierra Club.

In 2014 Murray gained an international audience when she was featured in a Ford advertisement on YouTube that exalted the virtues of hard work. The YouTube ad immediately received over 2 million views and was featured in magazines and other media outlets.

Detroit Dirt: Zero Waste from the Ground Up
Part of the: January Series