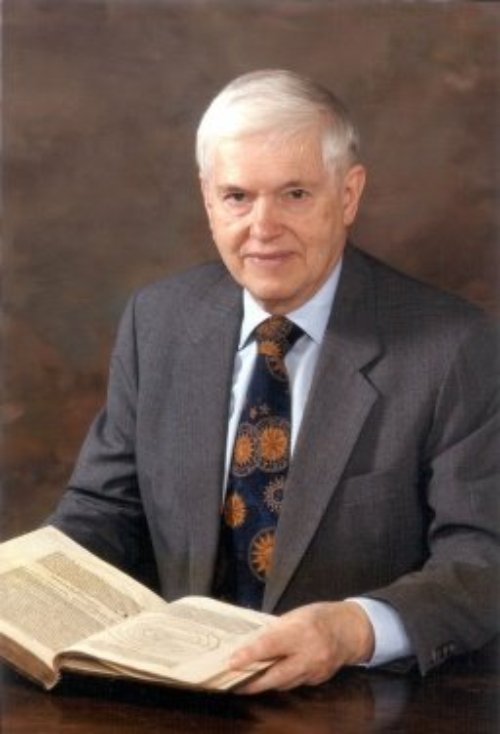 Owen Gingerich is an emeritus professor of astronomy and the history of science at Harvard University and an emeritus senior astronomer at the Smithsonian Astrophysical Observatory. He is a leading authority on the 16th-century Polish cosmologist Nicholas Copernicus and the 17th-century German astronomer Johannes Kepler.

He spent three decades tracking down and examining surviving copies of Copernicus’ seminal work, On the Revolutions of the Heavenly Spheres, in which Copernicus first proposed that the Earth is not fixed but revolves around the sun. Owen wanted to determine who owned these copies, what marginal notes they made while reading the book, and what they thought of Copernicus’ then-radical idea. In his quest, Owen traveled to libraries throughout North America, Europe, China, Japan, and Australia, and he chronicles these adventures in The Book Nobody Read.

Owen has been vice president of the American Philosophical Society—America’s oldest scientific academy—and he has served as chairman of the U.S. National Committee of the International Astronomical Union. He collects rare astronomical books, especially ephemerides (books that give the day-to-day positions of astronomical objects), and an asteroid—”2658 Gingerich”—has been named in his honor.

Long interested in the science-religion dialogue, Owen gave the 2005 William Belden Noble Lecture at Harvard’s Memorial Church (published as God's Universe) and he has served as a trustee of the John Templeton Foundation.

Let There be Light: Modern Cosmogony and Biblical Creation
Part of the: January Series