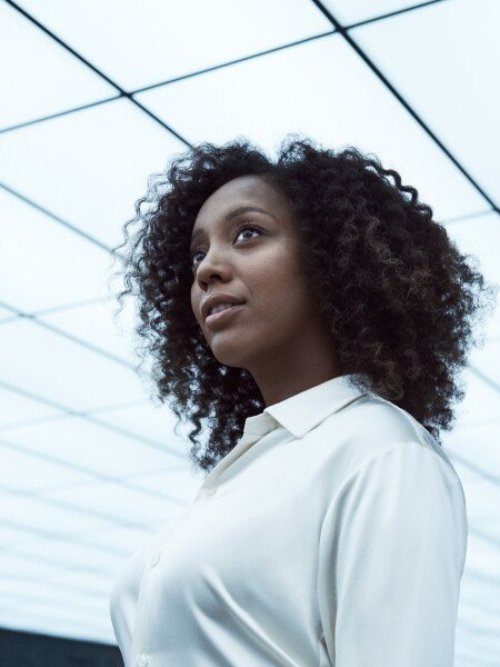 Due to contract restrictions, this presentation will be available to view through January 20, 2023.

Moogega “Moo” Cooper is a real-life “Guardian of the Galaxy.” As the planetary protection lead of the famed NASA 2020 Mars mission, she’s responsible for keeping the red planet safe from any of Earth’s contaminants. Her work with NASA's Jet Propulsion Laboratory is integral to the ongoing mission to discern whether Mars could be habitable for humans and that we don’t harm what’s already there.

A role model for women in science and technology, Cooper is passionate about introducing more people to the wonders of the STEAM world. She is also about empowering organizations and others to achieve their dreams and overcome obstacles that she articulately conveys through her life story and love of her work and has appeared on Because Space and Bill Nye Saves the World to speak to children from underrepresented communities about her work.

Cooper graduated high school at 16 and went on to receive her doctorate at 24. She has received several notable awards, including the NASA Early Career Public Achievement Medal, the Charles Elachi Award for Exceptional Early Career Achievement, and JPL Voyager Awards for Technical Leadership.

Diversity in STEAM from a Real Life Guardian of the Galaxy
Part of the: January Series