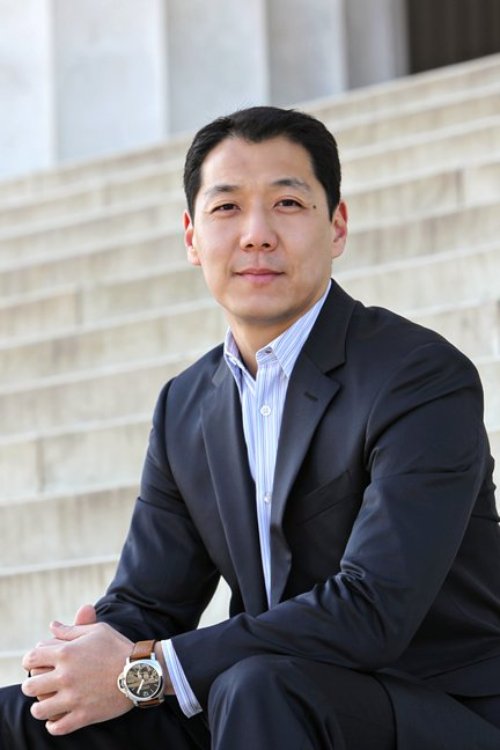 Mike Kim is an author, consultant, NGO founder, and North Korea specialist based in Washington, DC. He is the author of The Wall Street Journalfeatured book, Escaping North Korea, a current events memoir about his experiences at the China-North Korea border helping North Koreans escape the regime. On New Year's Day 2003, Mike gave up his financial planning business in Chicago, Illinois and left for China on a one-way ticket carrying little more than two duffle bags. While living near the North Korean border, he operated undercover as a student of North Korean taekwondo, training and competing under two famous North Korean masters from Pyongyang—eventually receiving a second-degree blackbelt.

During his time in China, he learned of the hundreds of thousands of North Koreans fleeing to China through a 6,000-mile modern-day underground railroad, which runs from Pyongyang to Bangkok, in search of food and freedom. He had a legal name change prior to moving to China and upon arrival conducted all North Korean operations while using an alias. He has successfully led sex trafficking victims to safety in Southeast Asia using drug trafficking routes in the region and has had many harrowing experiences, which includes interrogation, house arrest, and being held at gunpoint.

He founded Crossing Borders, a nonprofit dedicated to providing humanitarian assistance to North Korean refugees which has testified at a US congressional hearing and has been a long time contributor of the State Department's annual Trafficking in Persons Report. Mike frequently appears in the media: He has appeared on CNN's "Anderson Cooper 360", and it was after his interview on "The Daily Show with Jon Stewart" that there was interest from Hollywood in turning Escaping North Korea into a motion picture.

A team of producers and writers are currently developing the script, with the book-to-film project represented by William Morris Endeavor.

Mike lectures to audiences worldwide about his experiences at the China-North Korea border and has now shared his stories of inspiration, courage, and hope on five continents. His speaking tour includes numerous universities including international locations such as Oxford, and he has been invited to Harvard three times to speak on his book, East Asia, and pioneering. He has spoken at the State Department Foreign Service Institute on multiple occasions and frequently interacts with students from government and university circles. He has also presented at Deloitte on innovative ways to apply consulting capabilities to social issues. The topics he covers in his talks includes North Korea, East Asia, leadership, pioneering and entrepreneurship, innovation, nonprofit, illicit networks, and human trafficking.

Mike resides in Washington DC where he is helping the U.S. Government understand the intricacies of international illicit networks, developing a socially responsible platform within Deloitte and acting as a term member of the Council on Foreign Relations. 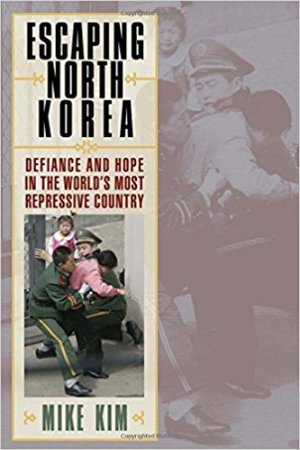 Escaping North Korea: Defiance and Hope in the World's Most Repressive Country
by Mike Kim