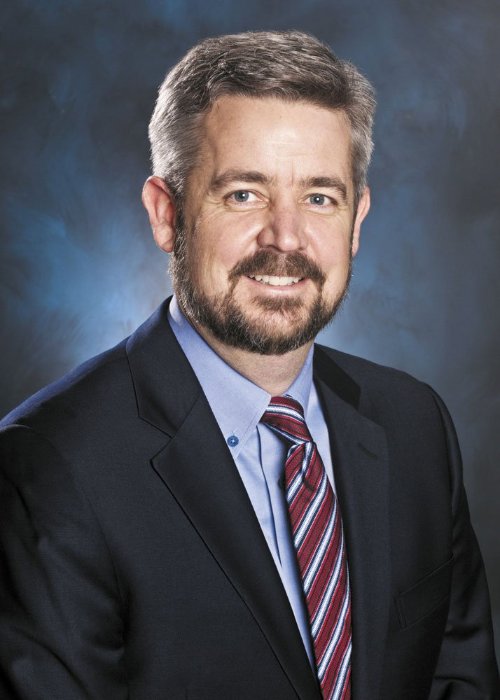 Michael K. Le Roy was born in La Mesa, Calif., and grew up on Bainbridge Island, Washington, near Seattle. He has spent a lot of time sailing, canoeing and kayaking on the waters of Puget Sound.

Baptized in the Methodist Church, Le Roy was raised as a Presbyterian, and he credits two ministers of his home church with helping him to form his faith: “These leaders created the space within the church where I could ask questions and be honest with my doubts, but not be left to struggle alone,” he said.

On the recommendation of his mentors, Le Roy attended Whitworth University, a Christian liberal arts institution in Spokane, Wash. He described his undergraduate career there as “nothing short of transforming.” Le Roy majored in international studies and peace studies. He traveled and studied in three Central American countries in the midst of civil war. He worked on trade policy in apartheid-era South Africa through an internship with the Presbyterian Church in Washington, D.C.

“I was confronted with the pervasiveness and totality of human sin and became committed to a Reformed worldview as the only credible intellectual and spiritual response to the brokenness I found,” he said of these experiences.

At Whitworth, Le Roy met Andrea Nelson, a graduate of Taylor University. They married in 1988. Le Roy graduated Whitworth in 1989. He earned a PhD in political science at Vanderbilt University in Nashville, Tenn., in 1994. Andrea completed a master’s in psychology from Vanderbilt’s Peabody School of Education in 1992.

During his time at Vanderbilt, Le Roy worked his way through a reading list—works by Augustine, Calvin, Kuyper, Noll, Wolters, Wolterstorff, plus the Westminster and Heidelberg catechisms—that nourished his growing Reformed perspective on life and learning. He also studied on a Fulbright Scholarship at Goteborgs universitet in Goteberg, Sweden, and taught as a visiting professor at the College of William and Mary in Williamsburg, Va.

Le Roy returned to his alma mater in 2002, where he established himself as a teacher and a prolific scholar. He led faculty teams that worked on Whitworth's capstone program—integrating ethics, public policy, culture and Christian worldview—and its venerable Central America Study Program.

In 2005, Le Roy was appointed as Whitworth's vice president of academic affairs and dean of faculty: “I remember feeling quite content in my role as a faculty member,” he said, “but I also felt a deep obligation to be of service to the institution, my colleagues, our students and Whitworth’s mission.”

Le Roy worked to extend the university’s teaching and research in the sciences and to expand the funding for both. He improved the university’s tenure standards and established “Vocation of the Christian Professor,” Whitworth’s faculty development program. He also led design planning for the Ernst F. Lied Center for the Visual Arts, the Robinson Science Hall and Whitworth’s first international education center in San Rafael de Heredia, Costa Rica. In 2010, Le Roy was appointed Whitworth’s executive vice president.

In December 2011, after a seven-month process, the presidential search committee of Calvin College asked Dr. Michael Le Roy to serve as the college’s 10th president. In January, the Calvin board of trustees approved the committee’s choice, and on June 11, 2012, the synod of the Christian Reformed Church (CRC) of North America ratified the decision.

“Higher education is at a very challenging era of its history right now in the United States, and it’s not clear what paths forward are the best,” Le Roy said. “I’m convinced that with the kinds of minds and capable people we have at Calvin that, together, we will discover some powerful ways forward.”

“You can’t diminish the importance of preparing students for meaningful work, and yet, that’s one part of a whole life lived well,” he said, “but a lot of it has to do with what we do after 5 o’clock, as parents, as citizens, as community members, as patrons of the arts…. Christian higher education then says all of faith is relevant to all of that life.”

Michael Le Roy and Andrea Nelson Le Roy are both ordained elders in the Presbyterian Church. They have three children: son Dana, 19, and daughters Hannah, 17, and Astrid, 13. The family enjoys hiking, sailing, cross-country skiing and other outdoor sports. They plan to join a Christian Reformed congregation once settled in Grand Rapids.

The Sustainability of Higher Education and the Future of Calvin College
Part of the: January Series