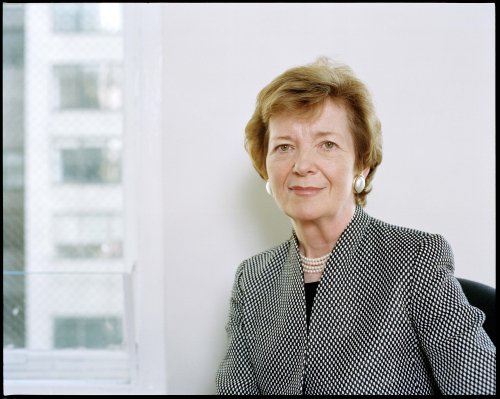 One of the world’s most respected advocates for climate justice and Ireland’s first woman President, Mary Robinson leads the Mary Robinson Foundation—Climate Justice, a center for thought leadership, education and advocacy for the poor and disempowered in the world that are disproportionately threatened by climate change. A sought-after speaker whose TED Talk received a standing ovation, President Robinson has moved audiences around the world with her passionate and hopeful call for all nations to work together to fight for a sustainable future. Her upcoming book, Climate Justice, has received glowing reviews from former world leaders and the environmental and human rights community. Barack Obama, awarding Robinson the U.S. Presidential Medal of Freedom, praised her as an “advocate for the forgotten and the ignored”, noting that she has “not only shone a light on human suffering, but illuminated a better future for our world.”

Mary Robinson first rose to international prominence as President of Ireland from 1990-97. She is widely regarded as a groundbreaking and transformational leader who elevated the public role of the Irish presidency, helping to shape modern Ireland in a period of rapid and unprecedented economic growth. From 1997-2002, Robinson served as United Nations High Commissioner for Human Rights, also transforming that office through highly visible public advocacy. She is a founding member of The Elders, an independent group of global leaders formed by Nelson Mandela to tackle the world’s most pressing problems and leads The Mary Robinson Foundation – Climate Justice. President Robinson has served as the UN Secretary-General’s Special Envoy on Climate Change, sounding the alarm as extreme weather events dramatically affected the world’s most vulnerable populations. She served as Vice President of the Club of Madrid, chair and co-founder of the Council of Women World Leaders, serves on numerous boards including the European Climate Foundation and chairs the newly formed Centre for Sport and Human Rights. She was honorary president of Oxfam International from 2002 to 2010 and has chaired numerous bodies, including the GAVI Alliance which vaccinates children worldwide. Since 1998, Robinson has also served as Chancellor of The University of Dublin (Trinity College). A committed European, she has been active in European Community and Irish parliamentary committees. In her earlier career, Robinson was a crusading lawyer for women’s and human rights, arguing landmark cases in European and Irish courts. She has taught at Trinity College and Columbia University, served in the Irish Senate for twenty years, and co-founded the Irish Centre for European Law at Trinity College. A graduate of Trinity, King’s Inns Dublin and Harvard Law School, she holds honorary doctorates from more than 40 of the world’s most elite universities and is the recipient of the Indira Gandhi and Sydney Peace Prizes.

Climate Justice: Hope, Resilience & the Fight for a Sustainable Future
Part of the: January Series 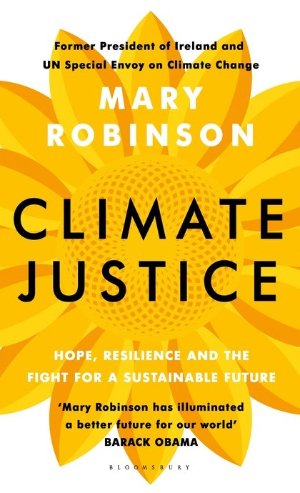